‘One of the Finest Vocalists Ever': Honoring Eva Cassidy 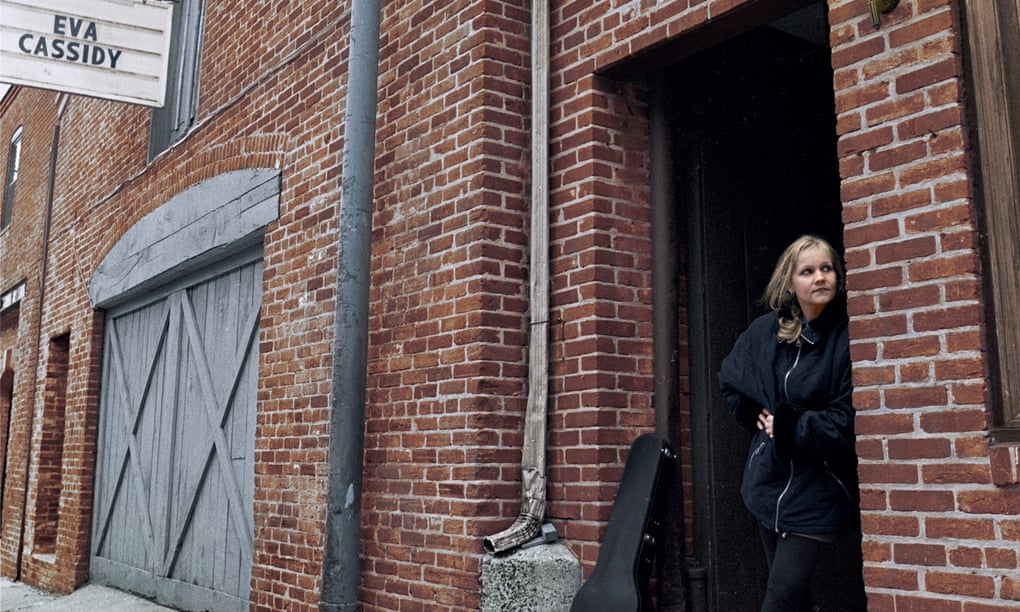 Eva Cassidy and her bandmate Chris Biondo travelled to a distant plant in rural Virginia on a late May day in 1996 to collect copies of the recording that would turn out to be her last. Biondo recalls, "We picked up about 1,100 cassettes and CDs in total."

"As soon as we got in the car, Eva opened a box and became very concerned." She was concerned that she wouldn't be able to sell all of them. I'll never forget what she said: 'When they find me dead, there'll be boxes of them in my basement,' she added. Her expectations for the album couldn't have been lower."

Cassidy had been playing in relative obscurity for about a decade at that point, and although she had a number of meetings with record label executives during that period, none of them progressed past the talking stage. Worse, the 33-year-old was in serious trouble by the summer of 96.

Over the following several months, she would get more bleak diagnoses of a disease that had already started to run through her body, depriving her of any possibility of making an impact during her brief stay on this planet. Who could have predicted that Cassidy's songs would one day yield a multi-million-selling repertoire, with chart successes all over the world? "All we wanted to do at the time was make enough money to buy a PA system," Biondo said.

Cassidy died of melanoma cancer 25 years ago this week, barely 10 months after recording the live CD she and Biondo had traveled out to pick up that day. The story of a genius hardly acknowledged during her lifetime who went on to receive ecstatic posthumous praise has become one of pop history's most spectacular bad news/good news scenarios.

But it would not have occurred without the tireless efforts of a few devoted fans, as well as a few contacts that brought her music to the notice of more media gatekeepers than are usually credited in the story.

Blix Street Records, the modest label that started it all, seemed an odd engine to propel such a success. The imprint had made small sales with records by jazz instrumental bands and Celtic singers before reaching a contract with Eva's estate, the best-selling of whom was Mary Black.

Grace Griffith, a friend of Cassidy's from the Washington DC club scene, was the one who recommended Cassidy's music to Blix Street boss Bill Straw. "We have this wonderful nightingale," Griffith said, according to Straw. "I'm afraid we'll have to let her go."

"I felt it was extraordinary as soon as her vocal came on," he remarked. "I came to the conclusion that this was one of the best singers ever by the time I finished the album."

Though many others have subsequently reached similar findings, Biondo was one of the first. He met Cassidy in the winter of 1986, when she came to see him at his little home recording studio on the advice of a mutual acquaintance. "She was apprehensive about coming inside because she had never done anything like this before," Biondo said.

When she started to sing, though, he was immediately enthralled by her innate talent. "A lot of people take lessons to learn how to do harmonies and music theory," he stated. "She'd be able to do it in no time." I was amazed at how she could conjure up three- or four-part harmonies out of nowhere. She'd hear it in her brain and then sing anything she came across."

Biondo feels it was because of this expertise that she was able to express so much emotion in the songs. "There are a lot of factors that go into someone trying to play a tune," he said. "They have to consider the technical aspects, such as what note to play next and how to phrase it."

But since Eva was so comfortable with those things, she was able to go immediately to the next level, which was to get inside the song and experience the words."

Her talent allowed her to improvise the songs at will, as well as bend the notes with the care of a sculptor. "On a gig-by-gig basis, she could change the melody to something the band hadn't heard before," Biondo remarked.

Then there was her soprano's pure timbre, which was complimented with a tone as soft as fleece. Rob Burley, who authored the book Songbird on Cassidy's life, stated, "It's the purity of the tone that struck me." "Its unpretentious quality shines through."

The complexity of her approach, as well as the quiet intensity of it, may, at times, go unnoticed by certain listeners. "We never played loud," Biondo said, "which was a problem for us." "One time, we were playing a club in southern Maryland, and we were playing ballads and country tunes, and the crowd was into Lynyrd Skynyrd, so people were leaving." 'How about I pay you and you guys go home?' asked the person who had hired us to perform. When someone pays you to go, it's never a good thing."

Cassidy, on the other hand, "thought that was kinda cool," according to Biondo, indicating that she is more concerned with the performance than with the audience's reaction. He said, "She just liked to go out and sing." "She didn't want anyone jumping around."

When it came to talks with record labels, Cassidy was just as calm. Biondo said that around a half-dozen firms came down to speak with her. “However, she never did what people who think they're going to get a contract do, which is act all giddy and make quick friends with the A&R people. "I don't think they were impressed with her level of enthusiasm."

Cassidy's low-key attitude stemmed from two factors: her reclusive personality and her fear that the music business would attempt to fit her diverse musical tastes into a box. "Anything but that pop crap," Cassidy told a business official when asked what sort of music she wanted to record, according to Burley.

Cassidy's band was given a $3,500 budget to record six songs by the legendary Blue Note Records, and she used it to cover six distinct genres. "You could see how the business sense and the artist's personality would collide," Biondo added.

Blue Note attempted to match her with Pieces of a Dream, a smooth jazz band on the label, for a few songs, but the vocalist loathed the outcome. Apollo Records, owned by black rights leader Percy Sutton and affiliated with the famed Harlem-based theater, made a more appealing pitch. “They sent her a contract,” Biondi said, “which meant she could have quit her day job (working in a plant nursery) and received a yearly salary.” “That was a once-in-a-lifetime opportunity.”

Unfortunately, the firm failed before Cassidy could sign. Cassidy and her band recorded the Live at Blues Alley CD for this same purpose. It was effectively a last-ditch effort to get notice and raise some much-needed funds. Unfortunately, a weird mole on Cassidy's back started to arouse suspicions around the same time.

Biondo suggested her visit his doctor since she hadn't seen one in years. She did, however, take a six-month break. When she eventually left, it triggered a treatment that turned out to be significantly more intrusive than expected. In a three-inch-wide swath, the doctor had to remove skin from the back of her neck all the way down her spine. While the surgeon believed he had eradicated the malignancy, it returned with a fury.

Biondo remarked, "It was bad news after bad news." "Cancer had spread to her lungs, brain, arm, and back."

Several months of intensive treatment followed, but it was ineffective. Cassidy's songs was reissued by numerous labels in her latter years. Even yet, they turned her down. "What irritates me the most is that no one was smart enough to notice what was there," Biondo added. "They should have known when they heard Eva."

Bill Straw had heard Cassidy's singing by then, and Griffith had asked him to meet her at a charity two months before her death. But he thought it would be a ghoulish idea for him to go. He did meet with her parents six months after she died. Straw had the benefit of knowing the kind of niche audience he thought she could reach at the time.

There were no other serious bids, which helped. Cassidy had 127 recordings in the can, despite the fact that she had only self-released three albums in her lifetime, including a collaboration with DC go-go pioneer Chuck Brown, a solo effort, and a live Blues Alley CD. Blix Street crafted a perfect set dubbed Songbird from this vast collection, which was released in 1998.

The record is said to have sold nothing until it was picked up by BBC Radio 2 two years later, but according to Straw, the American press grabbed on it instantly, with wonderful reviews in prominent newspapers like People magazine. "We sold 10,000 CDs in that city in two weeks," the label said after persuading a Boston radio station to broadcast her song. Straw said, "We kept having these little explosions."

Blix Street's linked label in the UK, Hot Records, employed Tony Bramwell, a record promo person from the 1960s who had worked with the Beatles, to market the music, and that was the Mount Vesuvius moment. He gave it to Terry Wogan's massive morning program on Radio 2's producer. Burley said, "They listened because of Tony Bramwell's lineage."

The outcome was an immediate hit with British listeners, resulting in a surge in sales. The album climbed to the top of the UK chart just before Christmas 2000, when a grainy video of Cassidy performing Over the Rainbow was shown on Top of the Pops 2.

In the years following, the demand for her music has prompted the publication of 12 more CDs, all of which include previously unreleased or repackaged performances. Another, a 25th anniversary edition of Live at Blues Alley, will be released in December.

Biondo, who is listed as producer on the majority of her albums, does not feel that all of that music is deserving of attention. He added, "I don't think Eva would want it all out." "I don't think it's fair that she didn't get the chance to censor her own work, especially since she had such strong feelings about people not hearing her at her best."

Even Straw feels that one release, the 2004 collection Wonderful World, should not have occurred. Nonetheless, he claimed that public pressure forced the publication. "She would have been scared shitless," Biondo said of Cassidy's reaction to the overwhelming amount of attention she has gotten.

He feels she would have wanted a more controlled and measured level of focus. "Every now and then, I have this day dream about Eva," Biondo pondered. "She isn't dead in the dream, and she is just as loved as she is now."

In this little café outside my home, I notice her singing. There are around 40 people who can fit in there, and she performs there every night, for which people pay a lot of money. They're also calm and pay attention. That would be perfect for her."

Thanks to Jim Farber at The Guardian whose reporting provided the original basis for this story.