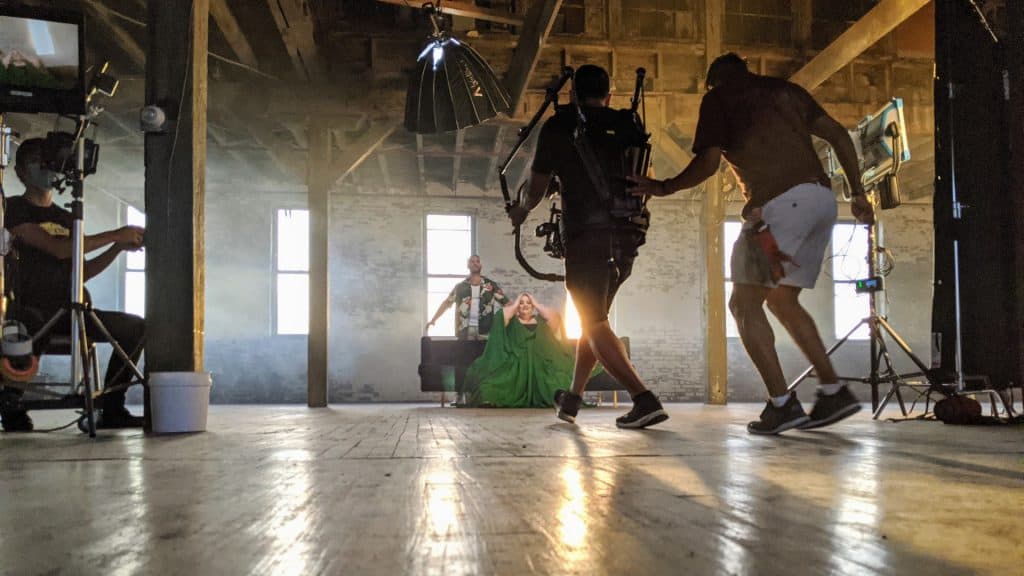 The title of ‘Producer’ isn't given out lightly by media professionals, and there's a good reason for that. The job requires an incredible amount of energy, ability, and professional stamina.

It's also a title that can mean many different things, and its associated responsibilities often vary from project to project, making it difficult to summarize what a producer really is.

But something that can be said with certainty is that producers are necessary to video and film production. They're the ones who, to put it bluntly, ‘make things happen.’

Producers resource talent, keep an eye on the project’s budget, and make sure that the director has everything they need to make their vision a reality.

Kim Shapiro is a sought-after producer, director, and all-around media creator who has made his own way in the world of entertainment by taking on challenging projects from music videos to webseries to short films.

Aside from quality, creativity, and production value, the connective tissue between Shapiro's projects is impact.

Exactly what this ‘impact’ is varies from project to project, but more often than not, when Shapiro gets involved, that project’s impact reaches well beyond entertainment. Sometimes, the impact is more than just a simple piece of content, reaching all the way to thoughtful commentary on pressing social issues. 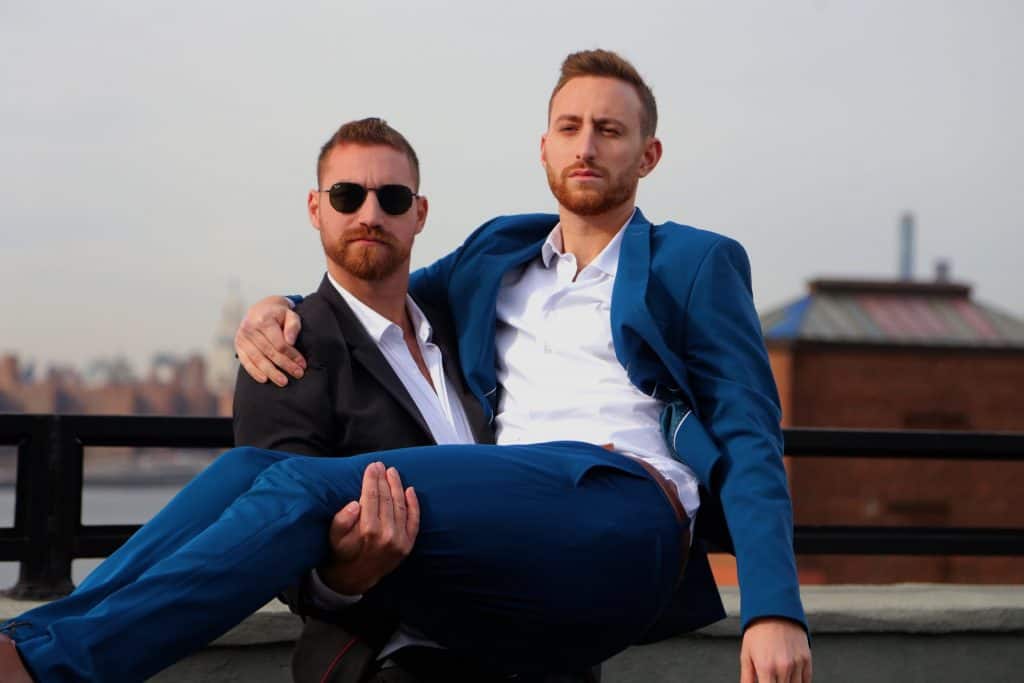 If you'd like to check out some of Shapiro’s work, we recommend this music video for Brazilian artist Emilia Pedersen.

Speaking to why he landed on the producer role, Shapiro says,

"I've always liked numbers, organization, and managing people. Being a producer gives me the opportunity to do all of this simultaneously."

It's a role that requires versatility, and that's the first topic that we'd like to dive into through the lens of Shapiro’s notable work and career.

While it’s something that we’ve touched on briefly, it's definitely worth going into in greater detail: producers need to be versatile. It's a hard truth about this line of work.

At first, versatility may seem like an inferior version of specialization – as the adage goes, a jack of all trades is a master of none.

For example, if you walk onto a film set of just about any size, you're going to see a whole bunch of people who have very specific and specialized jobs.

There’s one person who handles the boom mic, another who operates the camera, another person manages electrical, and yet another person does hair and makeup. Even the director has a fairly specialized job.

But producers just don't have the luxury to only think about just one side of things. Even before filming starts, producers need to stay in contact with many different people and make sure that everything will be ready, on time and on schedule.

During and after production, the producer's work stays hectic. It only really slows down when the project is completely finished and has been released, and even at that late stage, there might still be some promotional work to do (if the producer hasn't already moved on to the next project, of course).

So you can see what we mean when we say that a producer has to be versatile. Consider that we have yet to go into the nitty-gritty details of how many different balls a producer might have to juggle on any given day, let alone the immense juggling act that unfolds as multiple days go by

Individuals who can't handle the stress and challenge fall away from the producer role quickly, but Shapiro has stuck with it for years and years. Not only that, but he's loved every minute of it.

According to Shapiro himself, that comes from his longtime motivation to do and learn as much as possible at the professional level. 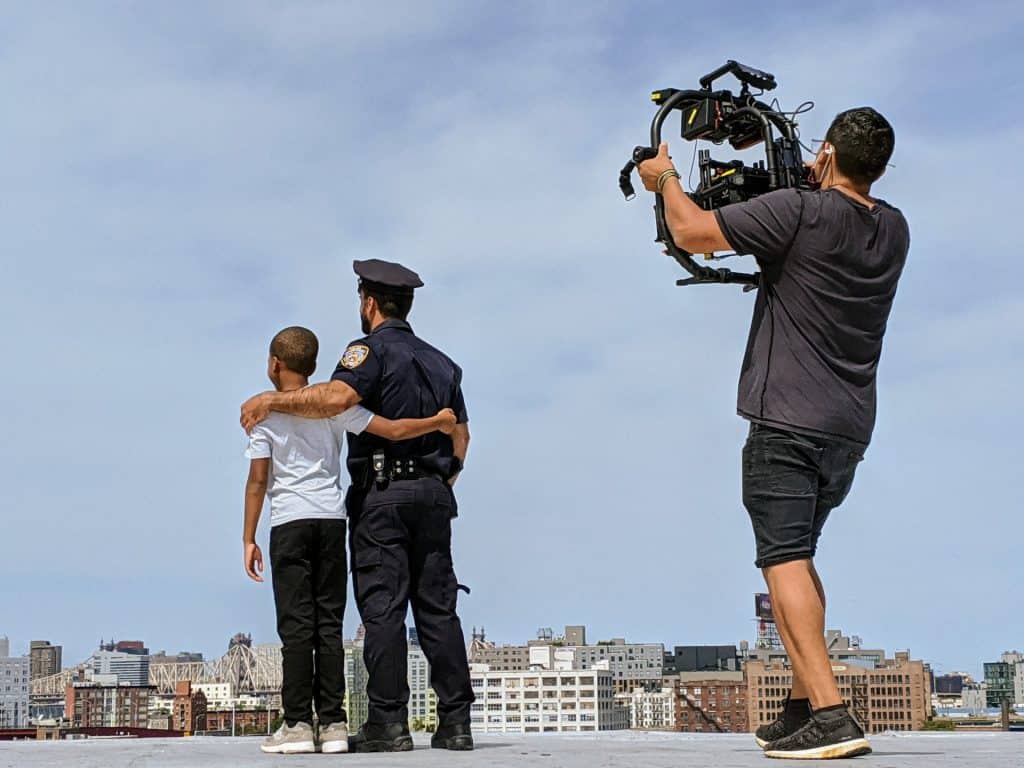 "I've always worked lots of different jobs. When I was 17, I worked four different jobs at once. No one was making me. I've just always enjoyed exploring and learning more about what I'm doing. It's the same for producing."

Shapiro has demonstrated this dedication time and again through his work, executing projects in several different genres and categories.

The needs of each project may be different, but maintaining stringent standards of quality and entertainment value stay consistent for Shapiro, a quality shared by some of the biggest producers in the industry.

For Shapiro, a great deal of the gratification he finds in his work comes from his ability to create entertainment that offers something new and unique to viewers.

Shapiro puts it this way:

"I recognize that contemporary entertainment lets people enjoy something that just didn't exist a few decades ago. It's still relatively new, and when I'm working, I want to make sure that the audience will have something new to watch the next time they sit down in front of the TV."

Of course, producers are in a unique position when it comes to steering a project in a particular direction.

While directors are incredibly important to the creative process and to production itself, producers can choose artists and crew members who will be able to deliver a finished product that does more than the average piece of entertainment.

In fact, talented young producers, Shapiro included, are currently leading the way for diverse and compelling streaming content that does more than the entertainment of the recent past.

Surface-level entertainment value is still a big priority, but highly skilled producers know that our entertainment is capable of doing so much more.

And that brings us to the heart of Shapiro's professional motivation, a source of motivation that is demonstrated by his work on a somewhat recent music video.

“One Life” by DJ Aron and Beth Sacks

We'd like to talk about the work that Shapiro did for a music video called One Life, for the artists DJ Aron and Beth Sacks.

If you'd like, you can check out the music video here.

It goes without saying that 2020 was a challenging and volatile year, well beyond the historic pandemic.

Spring and Summer of 2020 was an extremely important moment for the Black Lives Matter (BLM) movement, pulling more people into the conversation than ever before.

After just one watch, it's easy to see how the visuals of the One Life music video directly reference and comment on contemporary social issues, specifically the BLM movement.

Shapiro is extremely proud to have worked with these artists on this project:

"I was really excited to work on this video for a few reasons. The main reason was that it focused on very important matters such as the BLM movement and LGBTQA+ rights. These are things that more and more people are becoming aware of. I also really enjoyed working on this project because the artists themselves and all the cast and crew we had were simply phenomenal, and it was an extremely fun shoot and project to work on."

This one short video is an excellent example of a piece of art that doesn't just work on its own terms, but that does work, too. It accomplishes something more than just entertaining its audience.

You can bet that an increasing amount of entertainment, no matter what kind, will at least attempt to tackle serious subject matter in a similar way, and that's good news for all of us. 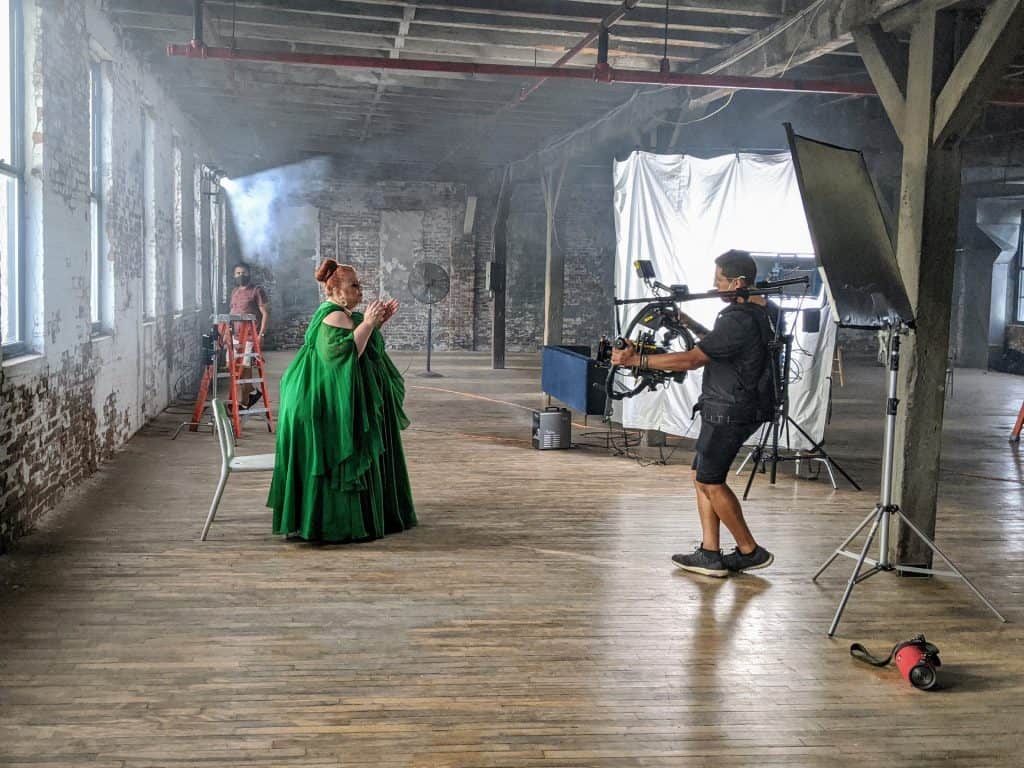 Everything we've talked about so far connects back to the current conditions of production. For obvious reasons, production work slowed down in a big way last year, and it's only during the last few months that production houses and entertainment professionals have started to regain some of that lost momentum.

That includes Shapiro's work as well:

"My work started to ramp up when the vaccines started in NYC, and I expect it to ramp up a lot more now that NYC is about to fully 'reopen' and get back to normal. I think business is going to be better than ever, and I can't wait."

It's an exciting time to be involved in production, especially for producers who will once again have the chance to show what they're capable of to audiences all around the world.

Coming out of one of the most difficult periods in recent memory, the post-pandemic years ahead of us mark a turning point for many industries, but especially for video and film production.

The producers who lead the way in this new era are going to buck trends and find new ways to entertain while also inspiring us to achieve change and progress into the future, a future where differences and new ideas are welcomed and celebrated.