Reaction to How to Be a Rock Star by Shaun Ryder 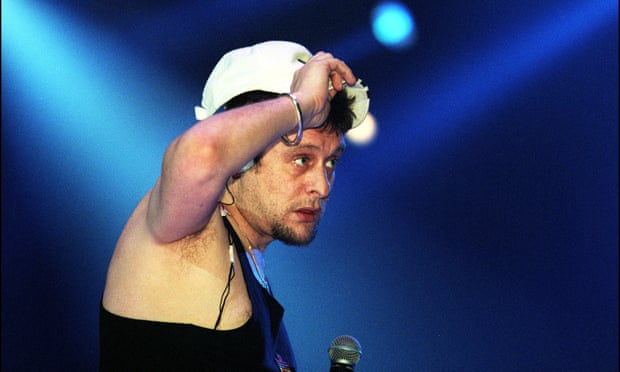 The "rock star" is essentially extinct. With the TV-out-the-window lifestyle that dominated pop culture between the 1970s and 2000s out of favor, the term – and all the recklessness and charisma it implies – is more likely to be ascribed to a chef or a tech-bro than a musician.

However, some people still suit the description to a tee. Enter Shaun Ryder, a man who can't let rock'n'roll die because it's who he is, not what he does.

Ryder's reputation not only precedes him, but it also holds the door open for him and pulls him in by the scruff of the neck. The frontman of the Happy Mondays and Black Grape was always an odd legend, having been compared to WB Yeats and then busted doing crack in a closet.

He was an addict in a polo shirt and flares who, even during his ascent to prominence in the "Madchester" era, reportedly made more money selling Es than albums.

His reputation as "the poster boy for caning it" has proven tough to remove at 59 years old and 17 years clean. Fans will still approach him in TK Maxx and offer him a line to this day.

Ryder looks back on more than three decades of partying from a sober perspective in How to Be a Rock Star. It's pitched as a how-to (and occasionally how-not-to) handbook for dealing with fame and money, with the book broken into tiny chapters covering everything from lyrics to haircuts, riders to rehab, unlike his blockbuster 2011 memoir, Twisting My Melon.

The title is clearly a joke: Ryder admits that there is no guidebook, that rock'n'roll is "such a strange fucking existence that nothing can really prepare you for it." While there is some useful advice in there (never correct a good rumour; embrace your own mythology; don't pick a management who drinks as much as the band), it's mostly an opportunity for him to reflect on his journey from a postie who didn't know the alphabet to performing for 198,000 people in Rio.

There's a lot that's already been said here for die-hard supporters. But, with typical Salford humor, he immortalizes people around him – Oasis, the Stone Roses, Primal Scream, and Tony Wilson all make several cameos – as well as providing insights into the larger music industry, Madchester, and his more recent experiences with reality TV (he and his bandmate Bez are regulars on Celebrity Gogglebox).

While the comedic anecdotes are unquestionably the highlights - there's one in particular when Ryder is accused of shitting himself after projectile vomiting hot chocolate all over a hotel room — there are also poignant times when he turns the spotlight inward. “You have to mentally process what happens to you at some point,” he writes. “Everyone does,” she says.

How to Be a Rock Star is a compilation of weird anecdotes that you'd expect to hear from a rogue chap down the pub rather than a celebrity. It's candid and funny, heartwarming if a little repetitious at times. Ryder, on the other hand, is a rogue bloke from down the pub.

His mythos is more "local drunk who everyone remembers for the time he stole a horse and rode it home" than "Mick Jagger."

His primary desire was to be a bigger version of himself. To that end, the book could just as well be titled "How to Be Shaun Ryder" - which you obviously can't do, but then again, neither can most of us.

You could pick up on some of Ryder's good humour as he navigates one of the most bizarre lifestyles anyone has ever lived. Except for Bez, of course.

Thanks to Emma Garland at The Guardian whose reporting provided the original basis for this story.