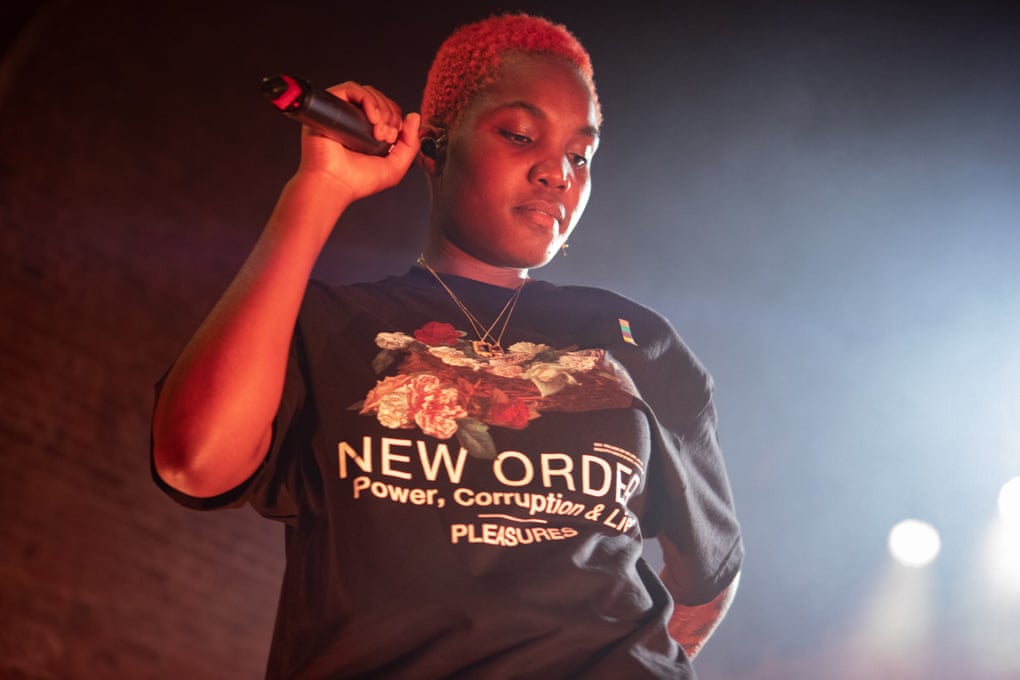 Night has fallen outside, yet it is still a warm day inside. Strings of plastic flowers are strung from the ceiling and wrapped around the mixing console in this small venue.

Arlo Parks, a 21-year-old poet and singer, received the Mercury Prize for her first album, the highly acclaimed Collapsed in Sunbeams, last week, beating off perhaps the best group of contenders in years: Sault, Celeste and Black Country, New Road, to mention a few. This year, seven of the twelve nominated artists were black – eight if you include jazz great Pharoah Sanders' heady excursions on Floating Points' collaboration record with the London Symphony Orchestra.

Parks' sense of validation this week, I'm guessing, is second only to Emma Raducanu, another young British overachiever.

Parks only acknowledges the "big prize" she earned at the conclusion of her performance, but its valedictory warmth is there throughout her delicate, honest songs. Collapsed in Sunbeams won because it represented the finest of British youth in their natural state - individuals just starting out in life who are dealing with mental illness and unrequited love.

We all know someone like "Charlie," who is the subject of Parks' debut song, Hurt, and who numbs his sorrow in different ways by himself. Green Eyes, in which Parks, the rejected lover, is full of sympathy for her inamorata, unwilling to completely commit, will connect with many, even if we've never made the moves on a friend. On her 2019 EP, all of this wise, beautiful witness-bearing was already there.

“I hate that we're all sick,” she coos regretfully on Sophie, “shut your mouth and take your vitamins, bite your nails and sell your Ritalin.” Despite the fact that Parks has been called the "voice of her generation," "sick" is not a slang word in this country.

The problem is that the Mercury Prize is for music, and many of these songs don't sound like they should have won. The gurgling stream of one listener is the water torture of another. However, Parks' lines of silent sorrow are accompanied with boring rhythms that make you feel like you've been on wait for an hour.

Everything on this heartbreaking, difficult record – and its live version – moves at a brisk pace. All of Parks' finely observed stories of adolescent pain and redemption are accompanied by an unappealing soundtrack with soulful overtones.

It, like a lot of contemporary music, is strongly influenced by the 1990s. If Parks, who can spin the microphone around her palm like a coin trick, and her main producer, New Yorker Gianluca Buccellati, were inspired by that decade's music, they went with its darker end. Rather of emulating the finest trip-hop, such as Massive Attack's or Portishead's work, these compositions emitate the genre's weak facsimiles, the music played in DJ bars to distract people trying out the newly available Red Bull with vodka for the first time.

There's also a strange mismatch between Parks' poetry and the pre-set-fest underlying it.

Tonight on Eugene, Parks' protagonist is involved in a complicated love triangle. This song has a certain xx vibe about it, with an undercurrent of dread. She declares, "I despise that son of a bitch." Musically, though, her depth of emotion goes undetected.

It's not that pained poetry has to be coupled with emo pyrotechnics (or, worse, piano balladry); it's just that even in music as laid-back as Parks', there are ways to bring drama to the forefront. Simply increasing the volume of the band will not enough.

The good news is that Collapsed in Sunbeams sounds considerably better live than on record, thanks to Parks' nine-piece band, which includes two backup singers, drums, funky bass, two guitars, a piano player, and some horns. The bad news is that the saxophone and trumpet, which might have added bittersweetness, wisdom, fear, and victory to these tunes, are utilized inexcusably sparingly: simply a swell here and there. Caroline could go out in a blaze of glory, but instead she settles for a nice singalong.

It's a wonder why a musician who might strive for the confident punch of a 90s star like Lauryn Hill instead opts for Dido-hood artistically. Parks' bold, 21st-century empathy deserves gilded plinths, not these drenched sandcastles.