Review of Self-Esteem – A Woman Reborn 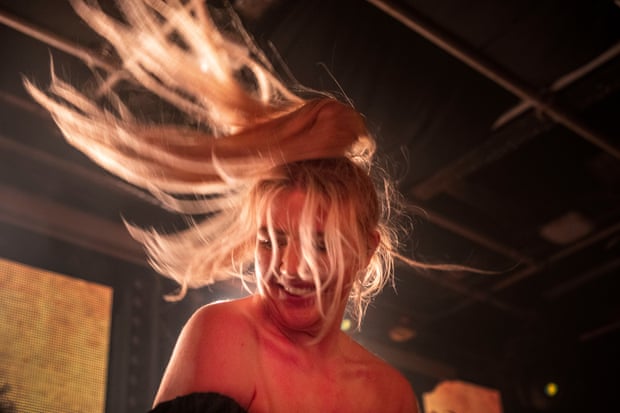 Even though it's just the first song of the night, half of the audience is howling like dogs. Of course, delirious excitement is the proper reaction to Self Esteem's maximalist pop. A few hundred people are jammed into what may be the last of Sheffield-bred singer-songwriter Rebecca Lucy Taylor's numerous jaunts throughout Britain's small venues, both as Self Esteem and in earlier ensembles.

Prioritize Pleasure, Taylor's second solo album, was just released to excellent acclaim and is a bold ode to self-actualization and dreaming big. Self Esteem will perform in Manchester Cathedral next year.

The din, however, arrives considerably sooner, near the end of the set-opener, I'm Fine, and is better appropriate to the top of the encore. A young lady recalls warding off unwanted male attention by barking like a dog since "nothing terrifies a man more than a woman who appears completely deranged," according to a sample.

The wolf howls that erupt tonight are an echo of awareness - of the insane things women must do to deal with the male menace. It's also a great feeling when your pack yields tongue.

Taylor is a lone girl with such a high and proud flag of reckless excellent sense that you would seriously consider joining her in war. Her two CDs as Self Esteem depict the story of a lady who chose to stop wasting her life trying to satisfy other people and instead focus on pleasing herself. She's much too Sheffield for a song called Carpe Fucking Diem, but she could have.

Her paintings are like Thelma and Louise without the terrible conclusion, an encouragement to anybody who is dissatisfied with their place in life to "be braver" and quit being pliant. Robyn, Britney, and Charli XCX are all thrown into a blender in her songs. I'm Fine is a deconstruction of a bad relationship set to dramatic techno music.

For Taylor, being free meant coming out to her parents about her bisexuality, ending bad relationships, and quitting the unthreatening indie band Slow Club, which she'd been in for a decade. She resurfaced as a fan of big, strong pop sounds and the seductive slink of R&B.

Earnestness and underdressing were replaced with head-flicking 1990s R&B dance routines, massive choruses, and – on this latest album – nods to hyper-pop and Kanye West's production work. Taylor, a recovering indie kid, did not dumb down pop dynamics; instead, she smartened up to them, creating arena-sized tunes out of the bleak, wry things women confess in whispers.

On Rollout, a song from her first solo album, Compliments Please, she sings, "What I might have achieved if I wasn't trying to please" (2019). It finds Taylor reflecting on a romance, as do so many of her songs. But it also says volumes about her creative discontent in a mediocrely successful band, being instructed how to portray herself by the business – yes, the ostensibly less cutthroat indie sector – playing the same venues year after year, her wit and drive suffocated by groupthink. "I've had some miserable times here," she adds of Gorilla, "so it's quite profound to be playing here tonight."

The songs express such relief. Prioritize Pleasure's Moody is a rallying cry for all "difficult" women. (Some of her T-shirts say "mardy for life," which is amusing.) Taylor mimics remarks made to her during her career in I Do This All the Time, a spoken-word outpouring. "You're a good... sturdy... girl," she adds, pausing theatrically, her biceps rippling, the agony of it changed.

All of her wrath, passion, remorse, and delight are barely contained inside the confines of the stage; it's an arena-sized performance in a shoebox. Taylor's backup vocalists form a tableau of quick limb motions, moving sideways in step and then dissipating. Taylor's hair is billowed by a fan as she strikes position after pose, only half-jokingly.

She takes off her black shoulder-length gloves and wonders whether "Rita Ora has a glove tech." Taylor exclaims, "I'm Robbie Williams!" when the audience responds to her granular confessionals. There are echoes of early Christine and the Queens here as well. Drag artists gave Helose Letissier a new lease on life, and one of the catalysts for Taylor's rebirth was watching RuPaul's Drag Race. Ash Kenazi, a drag performer, will be the opening act tonight.

The quality of Self Esteem's songs, however, is the deciding factor. Many of these songs sound as though they were written by a committee at a writing camp in Los Angeles. Taylor wrote all of them and co-produced them with Johan Karlberg (Radioclit, the Very Best). Her pre-choruses are spot-on, her synth stabs are thunderous, and each chorus is a success.