Review of the Jungle: The Great Resumption 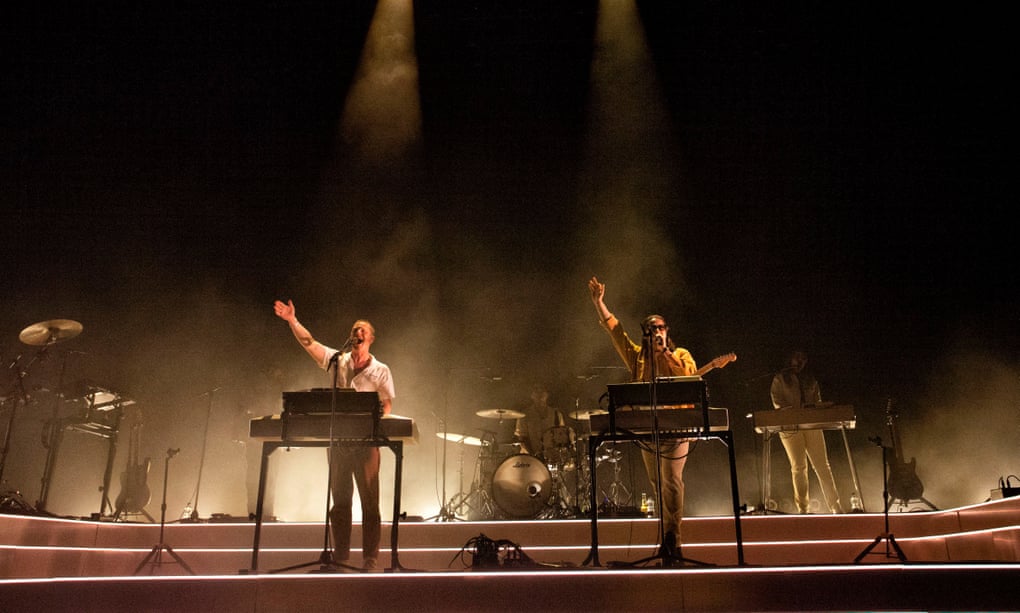 If there was ever a moment when people yearned for simple party music, it's now. When the constraints are lifted, the band emerges: Jungle, a duo of west London singer-producers and their five-piece backup band of live multi-instrumentalists, perform the first of four sold-out London shows before heading to the United States. They must kick a glistening, happy-go-lucky disco ball into a wide-open goal.

Loving in Stereo, Jungle's third album, was released last month, cat's-cradled in 70s strings. It was destined to be one of the main soundtracks of the Great Resumption, the neo-disco record to listen to now that the Dua Lipa one may finally be growing old, propelled by dancefloor imperatives.

Jungle's song, Keep Moving, has been in heavy rotation as the music to a Peloton commercial on YouTube for weeks, demonstrating how well this team has adapted to the times (or it could just be my own sadistic algorithm). Jungle's Keep Moving, like Celeste's Stop This Flame, begins with majesty but becomes banal with ubiquity (Stop This Flame was Sky Sports' Premier League opening music last year).

Jungle debuts Keep Moving early in their performance tonight. The audience erupts in applause. Keep Moving sounds great again when it's in its natural home - that is, when it's accompanied by the warm crush of people, a brilliant architectural light display, and a lively percussionist rather than a hectoring Peloton spin class dictator. There's a lot of surface to it, but there's also a lot of depth. Underneath the wipe-clean falsettos of Josh Lloyd-Watson and Tom McFarland, who are stationed behind keyboards at the front of the stage, beneath the barrage of disco signifiers and the song's sync-ready maxim, there is some useful wisdom, echoed by dance music since time immemorial: moving your body can sometimes help you out of whatever psychological rut you may be in. All night long, the crowd shuffles appreciatively.

It's a positive outcome for Jungle, a hitherto enigmatic duo who have managed to convince lightning to strike again. The wonderfully well-appointed Busy Earnin', which debuted on their self-titled first album in 2014, was their biggest success to yet. Forever (2018), their follow-up album, failed to catch the public's interest as much as their Mercury-nominated first. For Ever, in broad strokes, slowed the BPM, evoking the breakups Lloyd-Watson and McFarland were experiencing at the time. Another split occurred when they severed ties with their record label, XL, to go it alone.

The market wanted Jungle to be up, not down, based on chart performance. The pair received the message, and Loving in Stereo is chock-full of bangers, tempered with just enough creative production to pique the non-interest, aligned's and just enough contrapuntal shading to keep blandness at away. Some of these songs were produced by the very important producer Inflo (Michael Kiwanuka, Sault, Little Simz), and there's a similar aesthetic here - not only of soul and funk as foundational sounds, but also symphonic loops – that keeps things fresh. There is no new-album hesitation in the audience as Jungle performs additional new tracks, such as the buzzing earworms Talk About It and No Rules.

There's a but coming, despite all the ecstatic rump-shaking throughout this set. A lot of Jungle's music sounds like it was created by a team of sync agents (sync agents are the people who land bands the Peloton ads). Can't Stop the Stars, towards the conclusion of the performance, sounds like the theme music for a BBC One celebrity game show: horns that sound like cheese triangles, strings that sound like treacle, and feather-light voices. To Jungle's credit, the Zen-like song encourages listeners not to attempt to control something they can't.

The jungle's constancy may grow monotonous. They stick to a set of rules: twin male falsettos singing over old 1970s sounds blended with the Avalanches' casual sampledelia. As wonderful as it is, interruptions are unavoidable. The change in aural landscape is a boon when rapper Bas emerges on a video screen behind the band to perform Romeo, another song from the new album that emphasizes Jungle's debt to Gorillaz.

The pure joy of the keyboard player's flute solo on Bonnie Hill is disproportionate to the length of the solo. (If the record is well received, they should hire a string section for the following tour.) The set comes back into focus on the few times that Lloyd-Watson and McFarland sing in their lower range, as they do on the second album's favorite tune Casio. Given the context — a throng eager to dance the last 18 months away – what occurs when Jungle performs Cherry, a minimalist tune from their second album, is a little surprising. The gloomy tune sulks, "You'll never change me, I was already changing." The room explodes in applause.