Review: The Lathums' How Beautiful Life Can Be 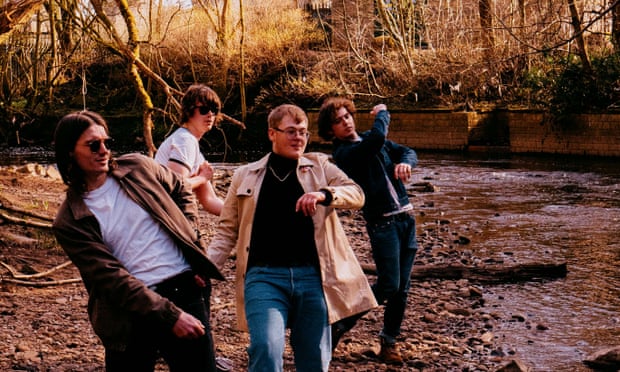 The Lathums' mid-2000s indie revivalism seems a little early in light of the 20-year trend rule. But the Wigan quartet aren't attempting a return for the genre; rather, they're part of a relay that's been going on since the sound's inception, with the baton passing via Kasabian, Catfish and the Bottlemen, Circa Waves, Blossoms, and Sea Girls.

The demand for chugging, somewhat jangly indie has always been enormous, regardless of the zeitgeist, as shown by these artists' significant financial success.

The Lathums' meteoric rise may be attributed in part to this ostensibly profound need: within a year of founding, their concerts were selling out in minutes. The band taps into an evergreen nostalgia for the Smiths, via the Kooks and Arctic Monkeys, and they do it well: their catchy, mid-tempo guitar rock perfectly balances euphoria and melancholy, while frontman Alex Moore's clearly accented vocals are characterful and reassuringly familiar; if the band has a USP, it is his sporadic spurts of tongue-twistingly fast singing (see: I See Your Ghost, Fight On).

The Lathums aren't as clever or educated as their indie forefathers: their lyrics are basic and sometimes ambiguous (is the cheerful title tune about climate catastrophe or just the pleasures of a cup of tea? ), but they have a delightfully unpretentious feel to them (Artificial Screens, a protest against smartphone obsession, is a case in point). How Beautiful Life Can Be is the guitar music equivalent of comfort food, with its vintage sensibility and guileless tone: undemanding, somewhat stupefying, but tremendously cheerful all the same.

Thanks to Rachel Aroesti at The Guardian whose reporting provided the original basis for this story.