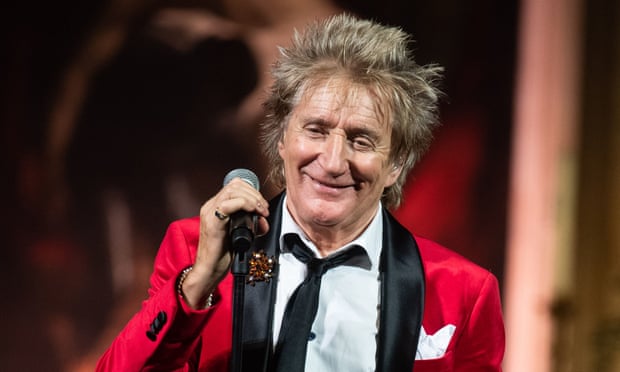 Rod Stewart and his son have pled guilty to violence in an assault case coming from an argument with a security officer at an upscale Florida hotel on New Year's Eve 2019.

The musician and his son, Sean Stewart, 41, pleaded guilty to misdemeanor counts of simple violence, according to court papers filed on Friday.

In a statement, Sir Rod Stewart's attorney Guy Fronstin stated, "No one was injured in the incident, and a jury did not find Sir Rod Stewart guilty of the accusation."

"Instead, Sir Rod Stewart chose to enter a plea to avoid the inconvenient and unnecessary burden that a high-profile proceeding would impose on the court and the public."

Stewart, 76, was knighted by Queen Elizabeth II in 2016. He is a member of the Rock and Roll Hall of Fame in the United States.

Da Ya Think I'm Sexy, You're In My Heart, Hot Legs, and Maggie May are some of his best-known songs.

Stewart and his son will not have to appear in court as a result of the plea deal, which was dated and signed Monday. Formal adjudication of the case will be deferred. There isn't going to be a trial.

Fronstin said that neither would face any prison time or be asked to pay fines, nor will they be put on probation.

On December 31, 2019, the Stewarts were accused of getting into a violent fight with security officer Jessie Dixon at the Breakers Hotel in Palm Beach, only a short distance from Donald Trump's Mar-a-Lago resort club and estate.

Dixon refused to let them into a private New Year's Eve party inside the hotel, which sparked a fight.

Dixon said in court documents that Sean Stewart pushed him and Rod Stewart hit him in the rib cage with a clenched hand.

Dixon agreed with the case's conclusion, according to a representative for Palm Beach state attorney Dave Aronberg, whose office prosecuted it.

Thanks to Associated Press at The Guardian whose reporting provided the original basis for this story.