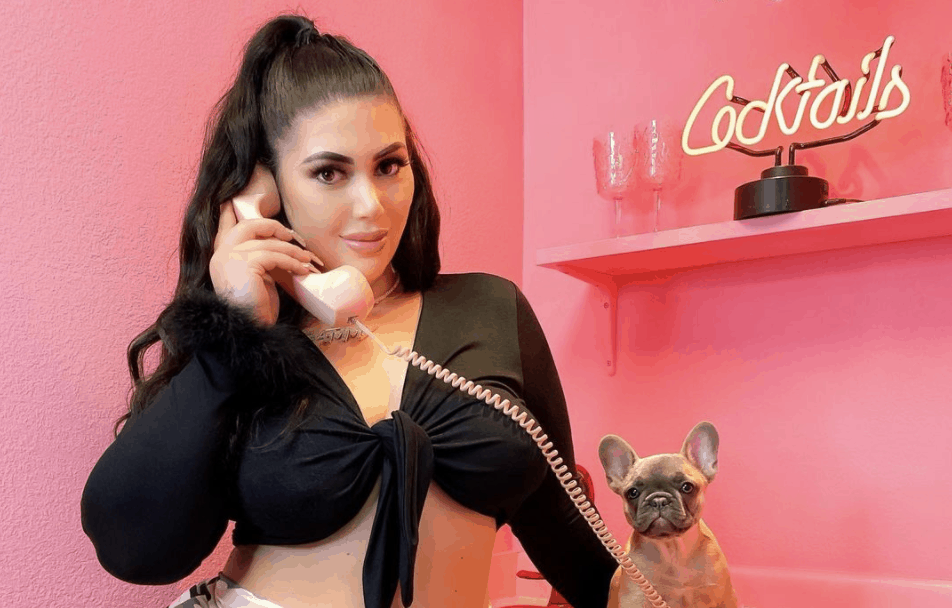 To say that professional modeling is a competitive field would be an extreme understatement. Even outsiders to modeling have at least a general idea of just how difficult it can be to start a modeling career and actually succeed.

Some may think that the exposure provided by social media platforms has leveled the playing field in some way, but that's really not the case.

Competition among social media models and influencers is perhaps even more intense than the competition to join up with modeling agencies that took place 20 or 30 years ago.

Anyone with a social media account can try to become a famous model, but very few can actually gain enough followers to attract attention from modeling agencies, managers, and brands hoping to sponsor content as a means of marketing.

Sammyy02k: on top of her game

But at the rate that Sammyy02k has been gaining new followers, expect that number to go up very soon.

Sammyy02k is an official ambassador for FashionNova, but she has worked with many brands since becoming an influencer.

She has traveled extensively during her career and become a celebrity in the process. Krieger is also set to appear on the popular show, Hooked on the Look, where she will talk about the impact that Kim Kardashian had on her own social media presence.

If you want to keep up with all this and more, you can check out Sammyy02k's Instagram page, but we're here to look at just some of the details of Krieger's success and her approach to social media that you can't get just from her photos and videos.

So let's jump in and see how this singular talent managed to share her talents with the world. 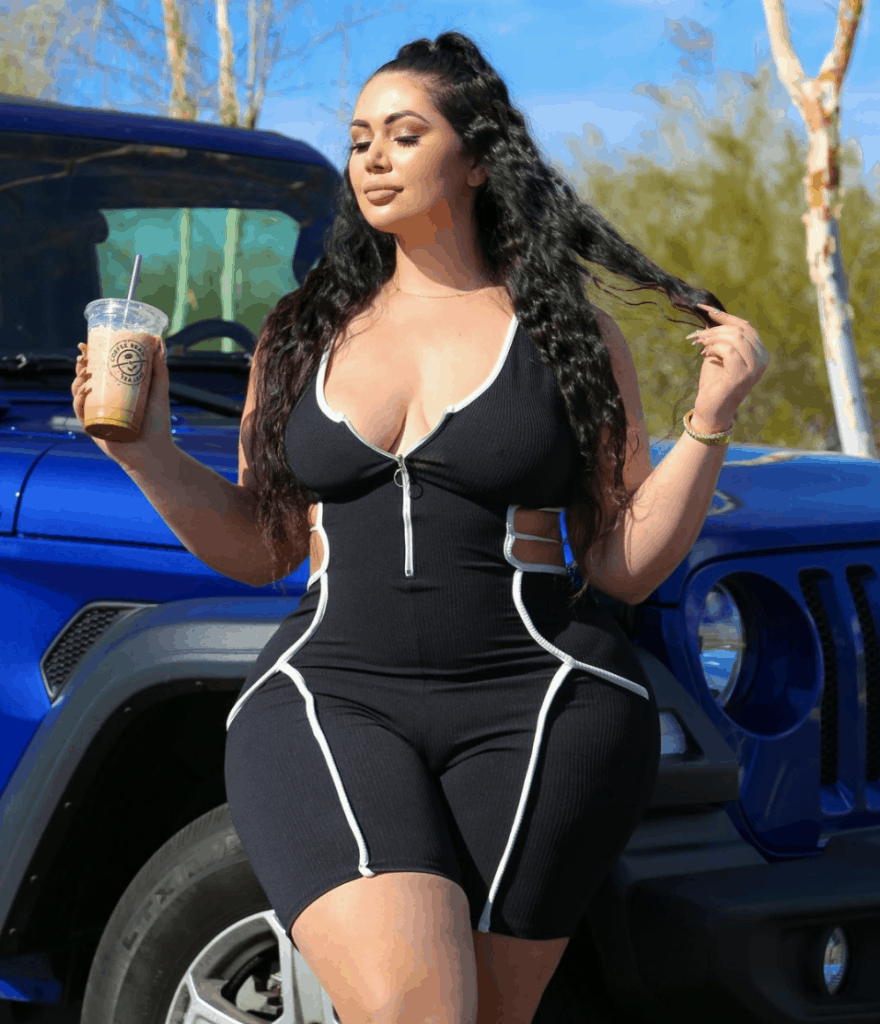 It's hard to imagine now, but there was a time when Sammyy02k wasn't aware that people her age were doing sponsored content on Instagram.

But soon after discovering this, she went to work building her page, thinking that it would be simple enough to get the attention of brands and start receiving free products.

She took photos in her room and tagged brands.

Sammyy02k reflected on those early days during our conversation with her:

"The more content I produced, the more followers I got so I stayed consistent with my content and slowly but surely built a notable following to where companies would send me small PR packages of free clothes, shoes, and makeup. This gave me the supplies I needed to make new content weekly."

With her modeling prowess, it didn't take long for Krieger to get that all-important attention from brands and, as a result, Instagram users who wanted to see her content.

It wasn't very long before @Sammyy02k had over 700,000 followers on Instagram, and that's really when brands started to take notice.

The rest, as they say, is history. Sammy’s unique take on influencer modeling has helped her build an empire.

"It's been a roller coaster ride of ups and downs but it's also incredibly rewarding to now be able to work for myself and just make money from living my life and sharing it with the world."

A significant step up

When we asked Sammy about her first modeling job that felt like a step up into the big leagues, she said that, hands down, it was her FashionNova contract.

"It felt so special when I got my own promo code I got to share with my followers. I have been working with them for three years and have been able to work on some really fun campaigns and projects with them."

Of course, FashionNova is a major fashion brand, with an incredibly wide reach. It also went without saying that FashionNova's overall style matched with Sammyy02k’s social media branding, which we'll be talking about more very soon.

This was the first time that Sammy realized just how big her modeling career could get, and it was also a stage that very few models ever reach.

This contract led to a very positive domino effect where more and more offers started coming in, and it just became a matter of deciding which deals were right for her and her personal brand.

If you're unfamiliar with the concept of branding, it's all about presenting a consistent and straightforward public image.

Having a solid brand makes it much easier for people to engage with that brand and whatever it offers to the public.

In the modeling space, especially on social media, personal branding is everything. If a model starts to wear all kinds of different looks and works with every brand under the sun, their followers won't have a solid idea of who that model is and what they stand for.

For models, this creates a push and pull between wanting to work with different brands and expand their audience, and staying true to that personal brand they've worked so hard to build.

Sammy has always been hyper-conscious of her personal brand, and it's a big part of what has set her apart from other models working today.

That careful attention translates to Sammy’s process for choosing who to work with.

"My brand has always been very flashy and unique. I’ve been very careful with the brands I work with and what I promote to make sure it syncs with my personal brand. If I can’t make genuine content, then I don’t do the project." 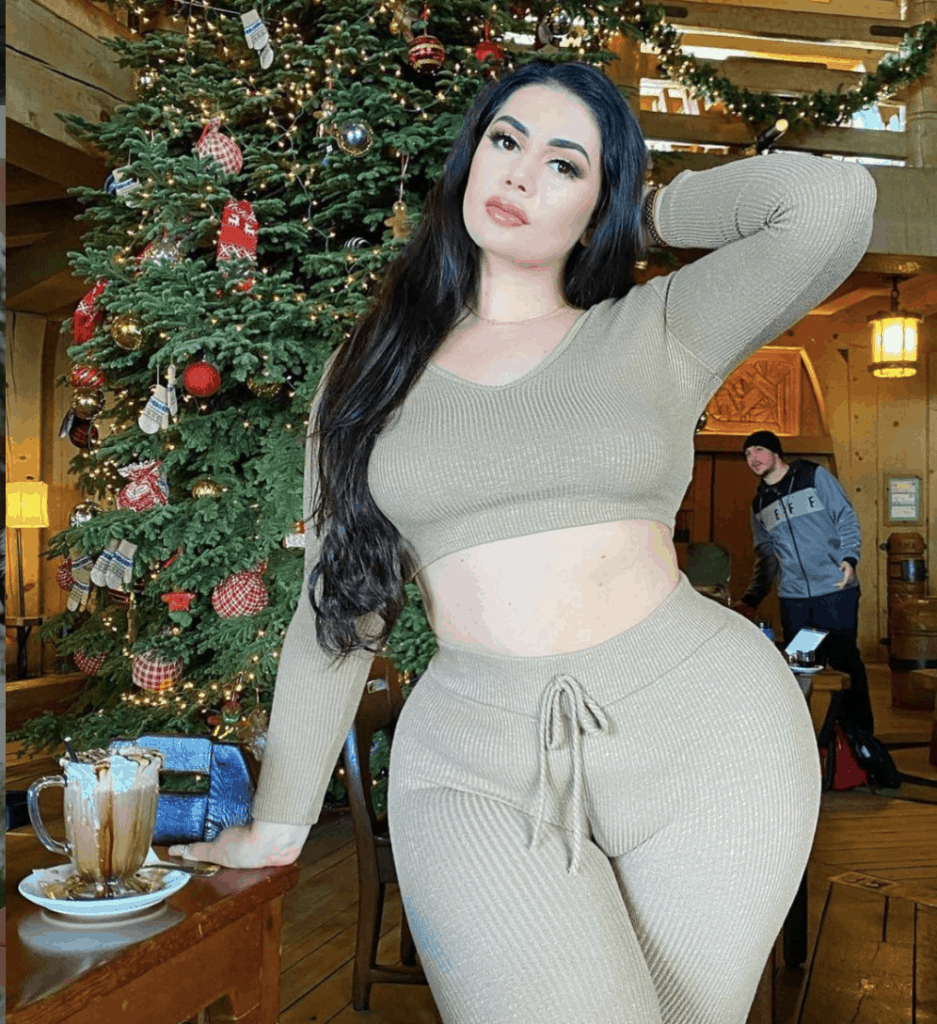 That kind of integrity isn't very common in contemporary modeling, but this all comes back to Sammy’s control over her own career.

Some models sign up with agencies from the very start, and while this can be a fast-track to success, those models don't always get to say yes or no to every opportunity.

Sammyy02k, on the other hand, has always known what she wanted from her modeling career, and she continues to make decisions based on what will work best for the brand she's built.

Have looks, will travel

We mentioned earlier that Sammyy02k has traveled extensively for her work, and there's one trip in particular that we'd like to talk about before moving on.

In a major opportunity, Sammy was asked if she wanted to embark on a VIP visit to Dubai, where she would get the red carpet treatment and have the chance to experience the best the city had to offer.

Being a sponsored trip, the goal was to generate interest in travel to Dubai, a city that has rapidly become a major destination for luxury living, dining, and leisure.

"A travel company booked the trip for me, my manager, and my photographer to explore the city and document my time in the city while trying restaurants and resorts they work with to spark more interest in traveling to Dubai. I made over 300 pieces of content from the week-long trip. It really showed more of the luxury lifestyle side of my page."

This trip, and all the content that was generated during, solidified Sammyy02k’s position in the luxury space, and it also attracted international attention on a scale that she hadn't seen before.

To close out, we'd like to talk about change, or more appropriately, evolution.

As we already talked about, Sammy has worked hard to build her own brand, and that has involved a lot of careful decision-making, but there also needs to be room for growth. 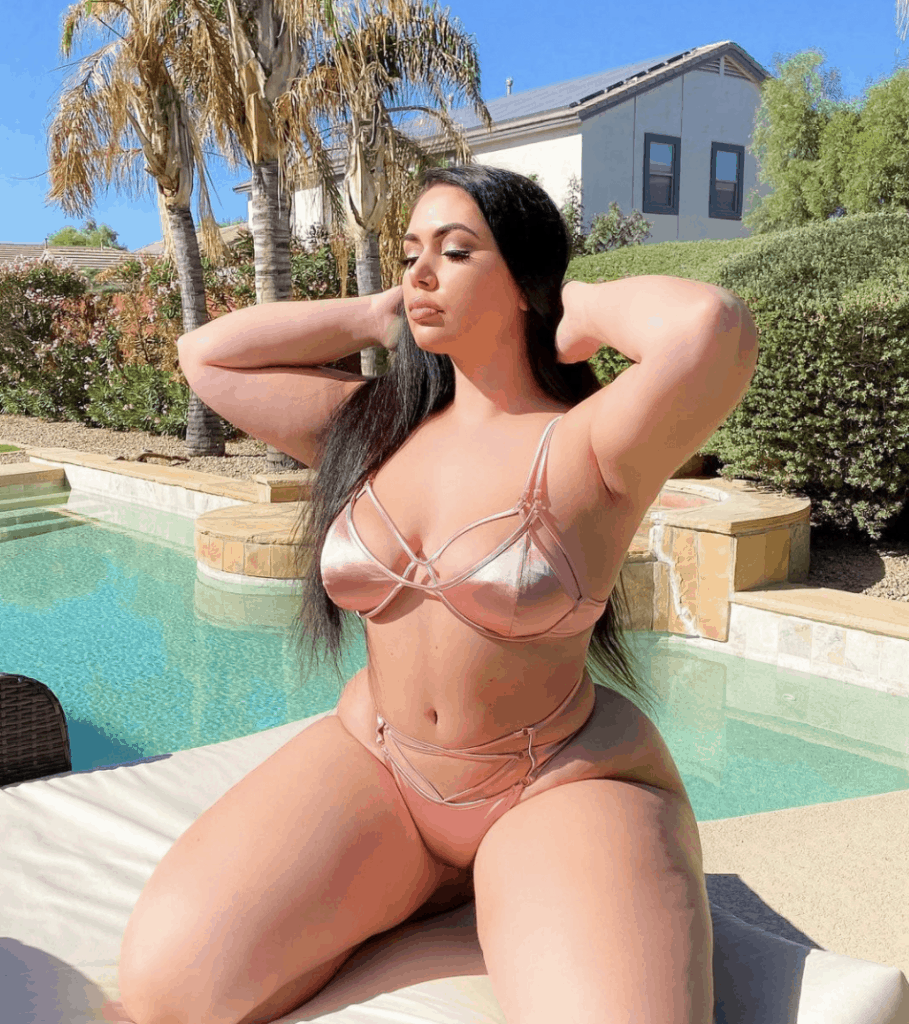 For Sammy, it's not about changing her outlook or her brand, but simply adapting to social media trends as necessary. Not only can this lead to more opportunities, but it also keeps her online presence from seeming stagnant or outdated.

If it wasn't already clear, it takes an expert to know how to navigate social media at this level of expertise, and Sammy continues to prove that she has what it takes.

Best of all, Sammy loves this line of work.

"I love making my own schedule and I love adapting to the new trends on social media. Some trends have made me come out of my comfort zone and have pushed me to make more exciting content. I can decide what I want to share about my life and what I don’t want to share."

Even at Sammyy02k’s level of success, this career isn't easy. It requires constant attention and long-term strategy, on top of active personal brand building.

There have been plenty of models and influencers who lost attention and followers quickly, but Sammy02k’s career shows no signs of slowing down, and that's no doubt thanks to the way she's managed her online presence through the years.