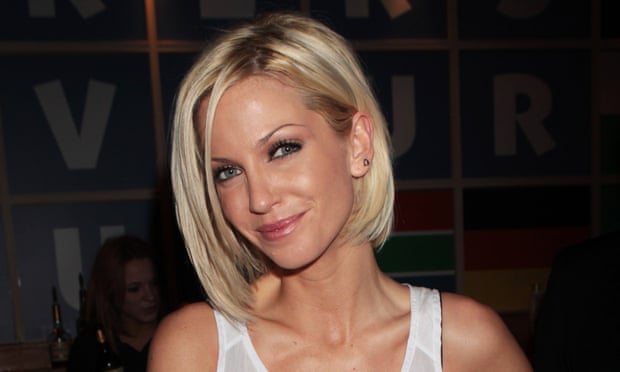 Sarah Harding, a pop singer and TV personality who was a member of Girls Aloud and had 21 UK Top 10 songs, died of breast cancer at the age of 39.

“It is with deep heartbreak that today I share the news that my beautiful daughter Sarah has sadly passed away,” Harding's mother Marie said on Instagram.

“Many of you are aware of Sarah's cancer battle and how she fought valiantly from the time she was diagnosed until her death. This morning, she quietly slipped away.

“I'd like to express my gratitude to everyone for their generous support over the past year. It meant the world to Sarah, and knowing she was loved gave her tremendous strength and comfort.

“I know she doesn't want to be remembered for her battle with this terrible disease; instead, she was a bright shining star, and I hope that's how she'll be remembered. – Marie x "

Harding revealed in August 2020 that she had been diagnosed with cancer and was undergoing treatment. “My incredible mother, family, and close friends are supporting me through this, and I want to express my gratitude to the amazing NHS doctors and nurses who have been and continue to be heroes,” she stated at the time.

Harding was born in Berkshire in 1981 and grew up in Stockport. She dropped out of school early to pursue a career in music, first recording vocals for dance producers. She auditioned unsuccessfully for BBC talent program Fame Academy in 2002, but was accepted into ITV's Popstars: The Rivals the following year.

One True Voice, a male band, and Girls Aloud, a girl band, were formed as a result of the format, and they were placed against one other for the Christmas No. 1 that year. Girls Aloud, comprised of Harding, Nadine Coyle, Nicola Roberts, Cheryl Tweedy, and Kimberley Walsh – “five northern girls with attitude, very outspoken,” as Harding put it – were a smash hit, with their debut single Sound of the Underground becoming the first of four UK chart-toppers and 21 Top 10 hits over a decade-long career.

They received the Brit Award for Best Single in 2009 for their No. 1 song The Promise, with Harding addressing the audience at the awards ceremony, "It's about time!" That song was one of the finest examples of Harding's soaring pop vocals, with characterful lyrics characteristic of the band: "So here I am, a walking primrose / Wondering when I'll see you again."

Later in 2009, Girls Aloud went on hiatus, and Harding started an acting career, which she maintained until the group's breakup in 2013. She featured in two St Trinian's films: Freefall, a BBC TV film starring Dominic Cooper, and Run for Your Wife, a Danny Dyer picture.

“To do a soap, your favorite soap, a cameo in it, in your home town – it's just the best feeling,” she said of her role as wronged lover Joni Preston in four episodes of Coronation Street in 2015.

She also starred in a theatrical version of the film Ghost, but it was her return to reality television after Girls Aloud that brought her the most fame. She featured on Celebrity Masterchef, the gymnastics program Tumble, and the winter sports series The Jump after winning Celebrity Big Brother in 2017. She was one of several celebrities who were injured on the latter, having to withdraw after five weeks due to a knee injury.

Harding was a tabloid regular for her high-profile relationships with actors Stephen Dorff, Calum Best, and her Celebrity Big Brother co-star Chad Johnson, as well as a six-month driving suspension in 2013 when she was discovered using her cellphone while driving.

She was briefly engaged to Tom Crane, a DJ, but the pair divorced in 2011, and she went to treatment for depression and alcoholism shortly after. She subsequently told Hello! magazine, "I was so down but I just tried to keep busy and, to numb myself, I was drinking more." “It was a way for me to get away.”

“When it came to going out on stage, I'd step up and get into my caricature mode of the lairy Sarah everyone thought I was,” she later said of her hard-partying persona. People will finally realize that I have a gentler side [in Ghost] that they haven't seen before. Normally, I keep that aspect to myself and only show it to my friends and family behind closed doors. I don't want to admit to being weak.”

Her book, Hear Me Out, was released in 2021, and it was written in the aftermath of her diagnosis. After revealing her sickness, she claimed she was "inundated with lovely messages from my fans." She went on to say, "I'm grateful beyond words."