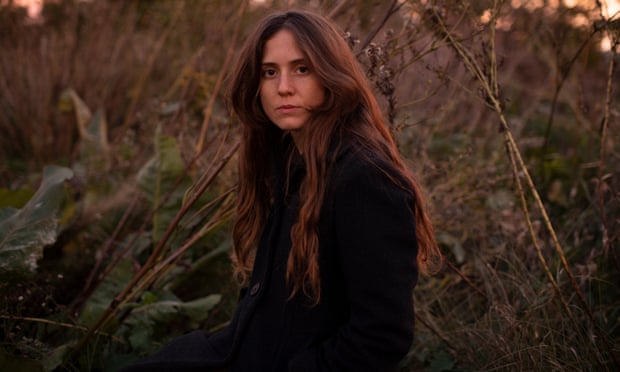 Jana Horn had no idea what her song Jordan was about when she penned it. She'd been brooding over two chords for two days at her brother's place after a breakup when a lyric occurred to her: "They called me to Jordan."

She followed the trail of the thread. "I had no idea what I was doing," she recalls, phoning from the final day of class in Charlottesville, Virginia, where she is a postgraduate fiction-writing student and instructor.

It evolved into a five-minute story about someone who answers the call and sets out on the long, difficult trek on foot. He is told to destroy the city where his family resides when he arrives, but he chooses death instead. Horn's affectless, odd approach evokes Phil Elverum or a twilit Laura Marling as she tells her powerful story over those two colorless acoustic chords.

She was terrified by this magnificent, eerie melody. She describes it as "long, strange, and blasphemous." "Like, what have I done?" says the narrator.

Jordan frightened her since it wasn't the usual biblical story she was accustomed to. Faith is inextricably linked to life and literature for Horn, 28. She grew up in Glen Rose, a small Texas town with a nuclear power plant, a creationist museum, dinosaur footprints, and the state's biggest outdoor crucifixion show.

She didn't have a lot of freedom there. "The separation of church and state does not exist." I was a bit of an outcast, but I was still a member of the community."

She competed in "Bible drills" (quick verse-finding competitions), marched in the marching band, and attended screamo (an emo subtype) events in Dallas. "I loved growing up there, and I love it even more now, seeing the strangeness of where I came from on the other side of the coin."

However, she claims that going for college "challenged so much of what I thought about." "I learned things about myself that I had never learned before." She longed to join bands while studying in Austin, but performing with "seasoned" musicians made her doubt herself. "I felt like a sidekick in a play that I'd written."

She grew to appreciate music's "ugliness and imperfection," leading her to drop one solo album because "it didn't reflect me very well – instead, it just sounded really good." Optimism followed "seamlessly" after that.

Horn self-released it this spring and was pleased with the response from her family and "40 Spotify listeners." Then No Quarter (Joan Shelley, Chris Forsyth) in Philadelphia volunteered to execute a real release.

Horn's record captures a period in her life when she was "always on the move," a state of impermanence she likes. "Things in my life aren't working, which is very on-brand for me, but I just live with it."

The insides of my phone have been revealed. My car's gas gauge is broken. If someone didn't replace the lightbulbs, I'd be in the dark." She's never given it a second consideration. "I suppose my interests are irrelevant, and I've never been interested in settling down."

Horn feeds on strange epiphanies (when reading Marguerite Duras' The Lover, she was surprised to see phrases she had previously written in her own writing). And she perceives the first lines, which appear out of nowhere, as gifts. "You have no idea why you said it." But you see it through to the conclusion."