Thank You Review: An Anemic Return for Diana Ross 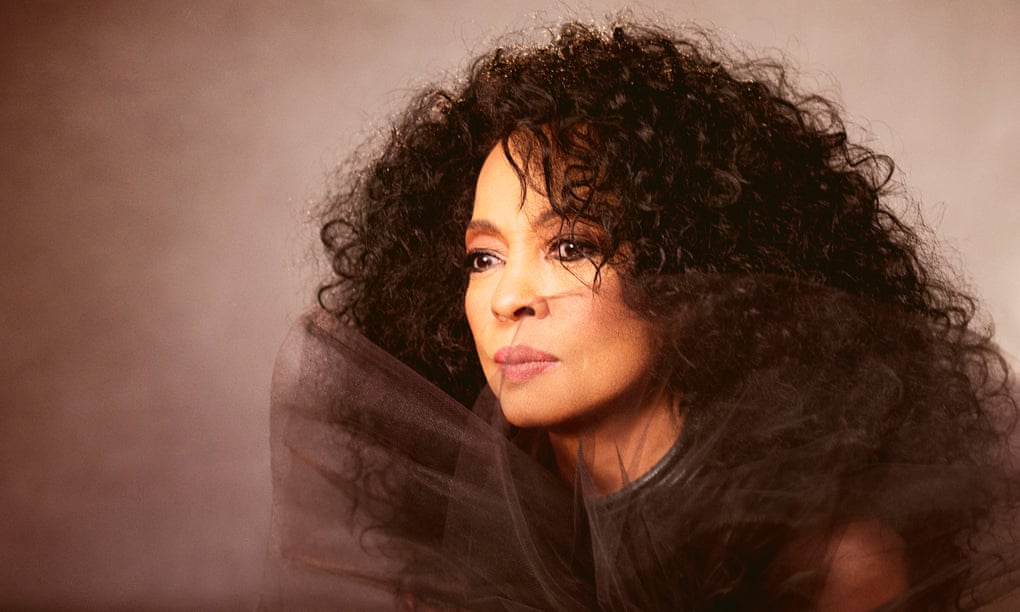 Smash Hits magazine interviewed Diana Ross in 1982. Her ongoing commercial success two decades after the Supremes' initial song was shown by her appearance amid the breathless coverage of Duran Duran and Haircut 100.

She mentioned the band's peak in the 1960s, but argued, as befitting an artist who had just released two platinum albums jam-packed with Top 10 songs, that the 1980s were the true "golden age." There are so many possibilities."

But not for Diana Ross, whose music career came to a halt soon thereafter. Missing You, a tribute to the recently slain Marvin Gaye, was her final US Top 10 success, which she recorded 37 years ago. Britain clung to her for a little longer — Chain Reaction, a failure in the US, was rightfully No 1 in 1985 – but by the early 1990s, it was all gone save the yelling.

The following years have been distinguished by the feeling that Diana Ross either doesn't know what to do about the matter or isn't worried in the first place. Despite a botched effort to reassemble the Supremes in 2000, her shows continue to make money.

I Love You, a covers album Ross approached with all the excitement of a captive reading out their kidnapper's requests, hit a bottom in the studio in 2006. It was easy to understand why. How else to explain the cruise-ship cabaret takes on The Look of Love and Version My Breath Away on the record, not to mention the big band take on Queen's Crazy Little Thing Called Love, replete with widdly-woo guitar solo by Brian May?

Instead, Jack Antonoff is in command, maybe as a consequence of a new US legislation that states that no female pop singer can enter the studio until the former guitarist of Fun is already securely placed behind the mixing station. A team of big-name composers, including Sam Smith colleague Jimmy Napes and Amy Wadge, is assisting him in his endeavors. Amy Wadge is best recognized for her work with Suffolk's premier dancefloor boogieman, Ed Sheeran.

You can't argue with the hit-making history on show, and it seems like they'll get away with it at first: the opening title track combines a piano riff meant to evoke Motown memories – especially, Marvin Gaye and Tammi Terrell's You're All I Need to Get By – with a dynamite chorus. But with the advent of If the World Just Danced, a dreadful piece of anemic pop-house that's so beneath Diana Ross, you'd think she had to record it while wearing a diving helmet, you get the unsettling impression that they're not sure what they're doing.

You listen to it first with horror, then terror – not least because it's difficult to resist the impression that it was put together particularly for Ross's homosexual followers, raising it from the level of crap to that of insulting rubbish. What else is there if this is their concept of a good idea? Brian May's name didn't appear in the special guest credits, but it's always a good idea to double-check.

He isn't, and to be honest, Thank You never quite reaches such depths again, though there are a few near calls: Three minutes into In Your Heart, Diana Ross's voice receives the one thing it's always yearned for: a blast of enemies-of-the-Daleks-must-be-exterminated Auto-Tune; Tomorrow, a breakneck-paced, strangely unfunky chunk of horn-heavy house; and Come Together, which sounds like a saccharine orchestral climax. It focuses on Diana Ross of Endless Love rather than Love Hangover for the most part.

The fact that it specializes on ballads isn't strictly a drawback, but the fact that the ballads come in varied degrees of runniness is. To put it another way, there are times when you don't need to look up the composers' resumes to see that they've worked with Westlife. Beautiful Love is perhaps the greatest of them: melodically powerful, wonderfully arranged, but not quite as good as Touch Me in the Morning in her setlists.

Surprisingly, there are a few hints of a different Diana Ross album: harder, funkier, and less schmaltzy. I Still Believe plays Latin-flavored disco, which isn't spectacular but much superior than the majority of what's on offer here. Let's Do It, on the other hand, is Thank You's undisputed triumph: flurry of strings, a rhythm track that sounds like it was inspired by UK garage, of all things, and a twilight ambiance.

It seems to be confirmation that Diana Ross could still record a fantastic album if she wanted to, if she were guided more carefully or matched with a more sympathetic partner. But she hasn't, and the outcome is this: Thank you, but no thanks.