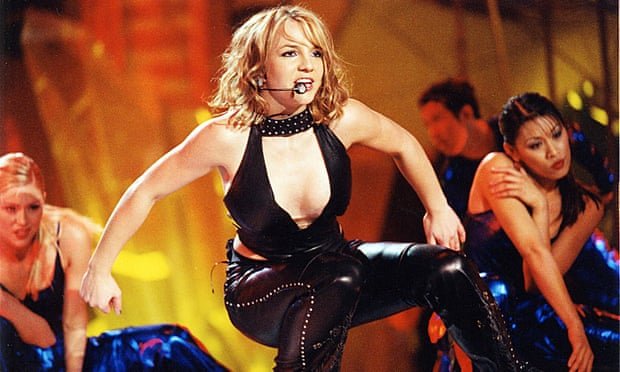 Following charges of emotional abuse and exploitation made public by the #FreeBritney campaign, which has grown from a fringe social media group to the pop cultural cause du jour in the last year, a judge removed Jamie Spears as the pop star's conservator last week.

The public's fascination with Britney's predicament – one of undue control and exploitation during the better part of her late 20s and 30s, according to all investigative sources - is a natural consequence of both the seriousness of the charges and Britney's ubiquity as a millennial pop icon. How messed up must a system be to keep one of the world's most renowned ladies silent for nearly a decade?

How had this been going on in the public light for years?

Both the Netflix documentary, directed by Erin Lee Carr, and the New York Times film, directed by Samantha Stark and a follow-up to Framing Britney Spears, released in January, attended a #FreeBritney rally outside a Los Angeles courthouse this past June, for a hearing in which the 39-year-old singer addressed the conditions of her conservatorship publicly for the first time. People swarm around phones and computers as Britney Spears speaks to the court, hanging on to every word, as shown in Controlling Britney Spears. Supporters wave Britney flags, wear #FreeBritney apparel, and mark their dedication to the singer via shirts and placards.

Her relief and outrage after her testimony is well-deserved — she describes being intimidated and silenced by conservators who profited millions from her labor and, among other things, pushed her to get an IUD to prevent her from having more children. Her laundry list of complaints, like so many other stories surfacing from the secretive world of conservatorships, is quite terrifying.

However, the amount of passion surrounding Britney's case - more precisely, the intensity of devotion to freeing Britney as an identity, the concentration on saving her or urging her to save herself, and the ensuing surge of media coverage – has made me sick. When does something become excessive?

The public's fascination with Britney's case has the potential to throw light on a system riddled with abuses, neglect, and indignity. It could also backfire into obsession, ignoring Britney's desires for seclusion, similar to the uproar that sparked her mental health crisis in 2007 and ultimately to her conservatorship in 2008.

Controlling Britney Spears is the more substantial and well-organized of the Netflix and Hulu projects, with access to former tour assistants and a member of Black Box, the security firm hired by Britney's conservatorship, who provide genuinely galling evidence that her conservators exploited her labor, forcing her into a mental health facility in 2019 when she refused to perform another Las Vegas show.

In each of the films, there is a dark current of obsession – in Controlling Britney Spears, it is the proximity to a protest movement that, while ultimately correct on the restrictions of Britney's conservatorship and instrumental in pressuring the court for change, has frequently strayed into the conspiratorial (for example, analyzing the singer's Instagram posts for secret clues) or self-important.

It's the project's boundaries in Britney vs Spears, whose access was largely scooped by the New York Times. Two dubious people from Britney's early conservatorship era provide Carr an advantage in terms of access over the Times: Sam Lutfi, Britney's former manager who her family claims drugged her (he disputes this), and Adnan Ghalib, a paparazzo-turned-boyfriend frozen out by her father. Britney vs Spears emphasizes their proximity to Britney's blazing stardom and fluctuating legal arrangements; the video replays footage from that traumatic moment with little fresh insight other than to replay it again.

Carr and Jenny Eliscu, a co-producer and former Rolling Stone journalist who has profiled Britney, appear on-camera as amateur detectives attempting to decipher the conservatorship's tangled web – a decision that highlights their emotions (thrill, disgust, and horror) over the real person they're ostensibly attempting to help. There's an ick element here - a project that's committed to the singer's freedom but also drawing attention to her past and current misery.

The conflicting attention on Britney may never be resolved; discomfort is inextricably linked to the Britney story. She rose to fame as a teenager thanks to her coquettish but confident sex appeal.

For many, she is an incarnation of teenage girls' compromises in leveraging their fake cultural cache, the delusions and deceptions of empowerment, or an icon of resilience in the face of misogynistic disdain and abuse. It's difficult to think about any of this.

In just presenting a distilled capsule of Britney's career arc in chronological order, in just reminding us of the camera flashes and what images became normal, the 75-minute film offered a searing indictment of both the conservatorship and media exploitation of her personal life, the original New York Times documentary in January used this discomfort to sickening, clarifying effect.

Britney's opinions on recent coverage shouldn't be the primary journalistic factor, but given the documentaries' tone of concern for her, it's noteworthy that she has objected to them. She said on Instagram in March that the New York Times documentary made her "embarrassed by the light they put me in" and that she "cried for two weeks."

She turned to Instagram in May to express her displeasure with the BBC documentary Battle for Britney: Fans, Cash, and a Conservatorship: “They criticize the media, then do the same thing,” she said, referring to the constant examination of her life and profession. Damn.” “It's really crazy guys...,” Spears said in a now-deleted post on September 27.

I watched a few minutes of the latest documentary, and I'm sorry to tell you this, but a lot of what you heard isn't true!!!” (A source informed TMZ that she was talking to CNN's Toxic: Britney Spears' Battle for Freedom, but it's unclear which of the three films she was referring to.)

Is the ultimate purpose of these efforts, as well as the greater societal fixation with Britney's situation, to fulfill Britney's wishes, which are supposedly to retire and have more children with her new fiance? Or a look at the shady, out-of-control conservatorship system?

Or is it just a continuation of the one-sided famous relationship Britney has been trying to get away from for years?

Partway into Britney vs Spears, Carr says in voiceover that in the aftermath of Britney's divorce from backup dancer and tabloid punching bag Kevin Federline, he thought to himself, "Now hopefully with her divorce almost finalized, she would get back to performing for us."

I don't think Carr is acting in bad faith; he appears to truly care about the singer and her circumstances. However, the "for us" here is putting in a lot of effort.

Who are these initiatives aimed at? Who does Britney Spears' devotion serve? Even as the travesty of her conservatorship becomes obvious, the answers become more vexing.

Thanks to Adrian Horton at The Guardian whose reporting provided the original basis for this story.