The Cops Don't Want Us to Win, They Want Us in Prison 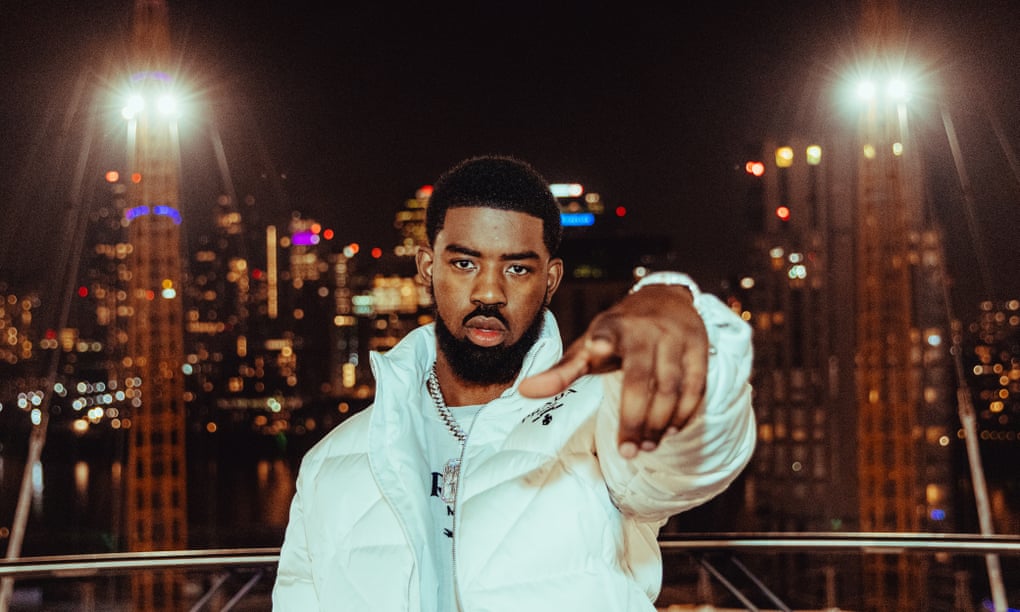 Dennis Junior Odunwo, a.k.a. Tion Wayne, is an elusive figure. We meet at a friend's home in Lower Edmonton, London, where Odunwo has just finished having his hair trimmed, to discuss his first album, Green With Envy, after a brief wild-goose chase from our planned meeting location.

On the mike, Odunwo's threatening demeanor contrasts with his in-person demeanor, which is courteous and kind, even shy. He confesses that he's still getting used to the sensitive aspect of interviews.

“I haven't made it all the way there yet. I don't enjoy giving up so much of myself.”

Green With Envy is his debut album, although the 28-year-old has been a rising figure in the UK rap industry for some time, initially appearing on YouTube in 2010 and gaining additional traction with his Wayne's World mixtape trilogy. With snappy staccato rhythms and sing-song delivery that meshes well with drill's hi-hats, his use of melody stands out.

I Dunno – featuring guest artists Stormzy and Dutchavelli – and two bouncy, cheeky songs with Russ Millions: 2019's Keisha & Becky and 2021's Body – are among his Top 10 successes. Both were boosted by posses on remixes, with the latter being the drill genre's first No 1 in May (and winning him two prizes at this week's Rated awards).

His astonishment continues to tickle him. He chuckles, “I was expecting it to take off, but not like that.” “I don't believe anyone could have predicted that.”

Odunwo has been portrayed as a drill star on the verge of breaking into the mainstream, although such classification is incorrect. His cross-genre appeal is apparent on his excellent album, which includes songs like Loyal, which are interwoven with languid, Afro-swing rhythms, and Road to Riches, which succeeds at describing rap business difficulties.

His chart success stems from songs that are intended to be club-friendly and humorous, with one-liners that are meant to be "controversial" and get people's ears pricked, as he puts it. Body's insult and warning to an opponent, "you want to get smoked, cigarette?" is wonderfully economical; "I got blond girls coming to my shows / Even though their dad is a racist," he raps on his current Top 10 smash, Wid It.

“I was thinking to myself, is this going to set off anyone? And I thought to myself, the only people this is going to enrage are racists,” he laughs.

“I'm not one of those rappers who puts on this bad boy persona every second of the day. When I'm with the mandem and we're all licked [drunk], we simply start dancing. I can channel that energy into my songs while I'm in the studio.”

Of course, being a bad guy is still a part of his image that he has to deal with. Odunwo is the youngest of three children.

Despite his parents' love of music, he was pushed into accounting, banking, and business by his mother, who was a gospel enthusiast. “Conflict,” he says of his connection with his parents. It's gone from a point of contention to a one of agreement.”

On Green With Envy, songs like Homecoming, where he speaks about his strict Nigerian upbringing and getting into problems with the cops when he was younger, highlight this tension. As a kid, he was musically talented and prone to storytelling, writing and imitating the flows of musicians like 2Pac he saw on TV; his mother would take him to concerts (he vaguely recalls seeing Michael Jackson). However, he was arrested for the first time at the age of 15, and his musical aspirations were stifled by his time in jail.

Odunwo is just now beginning to re-experience live music, as a result of the police excluding him from events like the Notting Hill Carnival when he was in his early teens. “When I was younger, I was kicked out of my house a few times,” he recalls.

“Obviously, I wasn't living up to [my parents'] expectations for me. I was out every day, not returning home, and then I became engrossed in my work.”

Was he a brat when he was younger? “Yeah, I was a bit of a jerk,” he admits slowly, pondering his response.

“But only when I thought my life or the lives of my loved ones were in jeopardy. I wouldn't snap simply for the sake of snapping.” It was the norm in Edmonton, a poor neighborhood in north London with limited prospects, he said. “Everyone is in some sort of survival mode.”

People evaluate you based on the person you're compelled to be, which isn't the kind of man I've ever wanted to be. More individuals who grew up in this area have just been molded into the person they were expected to be.”

After becoming engaged in a fight outside a Bristol nightclub in 2017, he was charged with affray. He was sentenced to 16 months after being seen on camera kicking the victim in the head.

“I went from being someone to being no one in a matter of days. He adds, "The Bristol incident reminded me that I can't be doing these kinds of things."

“I used to think it was cool, but now that I'm older, I realize it's just dead – it's not worth it. It served as a wake-up call: I don't want to be a nobody. But all I can hope for is that I'm never placed in a situation where I'll be drawn out.

“People may look at me and think, 'This guy's a bad guy,' but they haven't been in my shoes,” he adds. “Do you ever feel like you're backed into a corner? It's as though they're fighting a battle.

It'll reveal a part of them that isn't truly them.” And what about the Bristol case? Odunwo expresses remorse, but believes that his sentence is part of a larger problem in which exit routes from a hazardous lifestyle are barred.

“I feel like they used me as a test case. He adds, "I had like 14 co-defendants and I was the only one who went to jail because I was the headline."

“[Police] don't want us to win; they want us to go to jail,” he says, referring to individuals from his past. “That's why the rapper is so important to them; we provide a platform for the people they don't like.” J Hus, Headie One, and Digga D have all been arrested and convicted after a brief period of fame, and he claims that if a community's figurehead rapper is silenced, "it can tear down a whole community," and that his friends "would be in jail" if he hadn't been able to employ them in his music career.

“There are people who have been doing music with me for a long time and have never gotten in trouble. When you take out a rapper, you're effectively taking out ten people. The cops are making it a thing, and they're attempting to eradicate the genre.”

His enthusiasm highlights an often-overlooked aspect of British rap: the fact that it is a communal business for individuals from his background. He adds, "It's not for me anymore; it's for my people."

“I believe God has called me to be that guy. People have never really understood what I'm capable of since I've made so many mistakes on my journey here.

This is my first opportunity to demonstrate it in front of the whole public.”

His sights are set on superstardom as well. Odunwo hopes to collaborate with artists like Ed Sheeran again (he created a drill remix for Sheeran's latest song Bad Habits), as well as act as an entrance point for British fans unfamiliar with local rap.

Because there are so few of us in this nation, it's more difficult to blow as a black musician; you need all communities to listen. I'm attempting to elevate the UK rap culture to the point where it is immediately recognized as mainstream music, rather than "urban."

He recognizes that a shift is already taking place as a catalyzing force who understands what it takes to bring about change.

Thanks to Christine Ochefu at The Guardian whose reporting provided the original basis for this story.