The Fastest Drummers of All Time 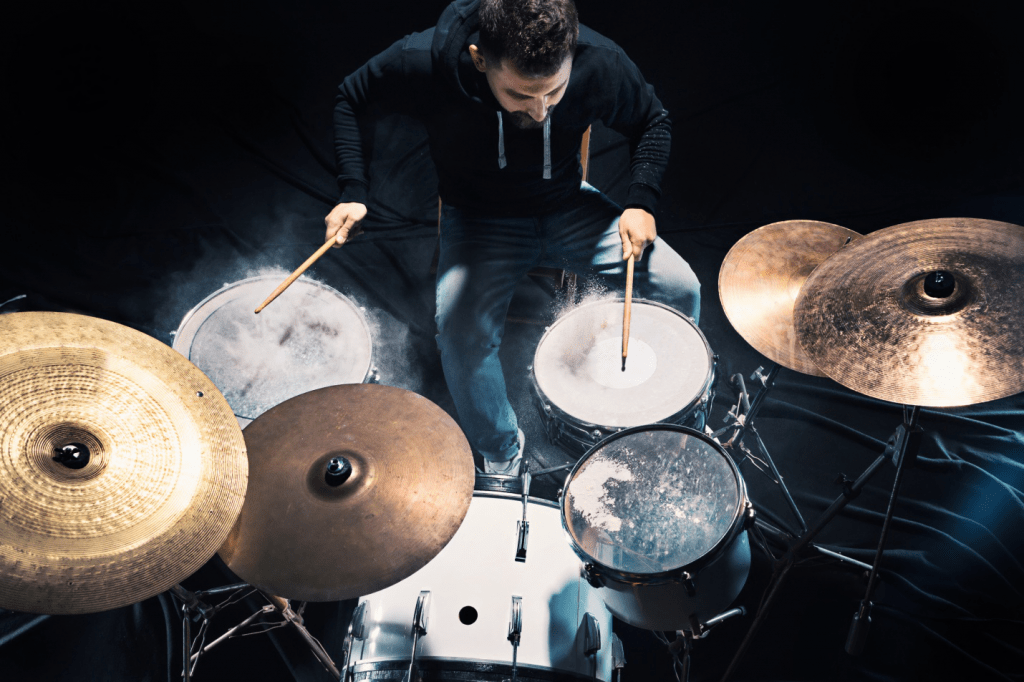 Do you know who the fastest drummers of all times are and how they learned to master such a skill?

That’s exactly what we will discuss in this article! But let’s first look into the special skills that all fast drummers have in common.

The basics of an expert drummer

A good drummer knows the skill that’s required to produce the rhythm and the beats to send the right coordination signals to the bass player. It is mandatory for a drummer to listen to the tunes before playing the beats. Skilled musicians are also known for maintaining focus.

Such drummers are also very good at “limb independence”, which means being capable of physical multitasking. However, no matter how expert a drummer is at their task, it is always advised to be adaptable to new techniques.

The fastest drummers ever known

When it comes to drumming, it is not just about a musician’s ability to multitask but also to beat the clock. 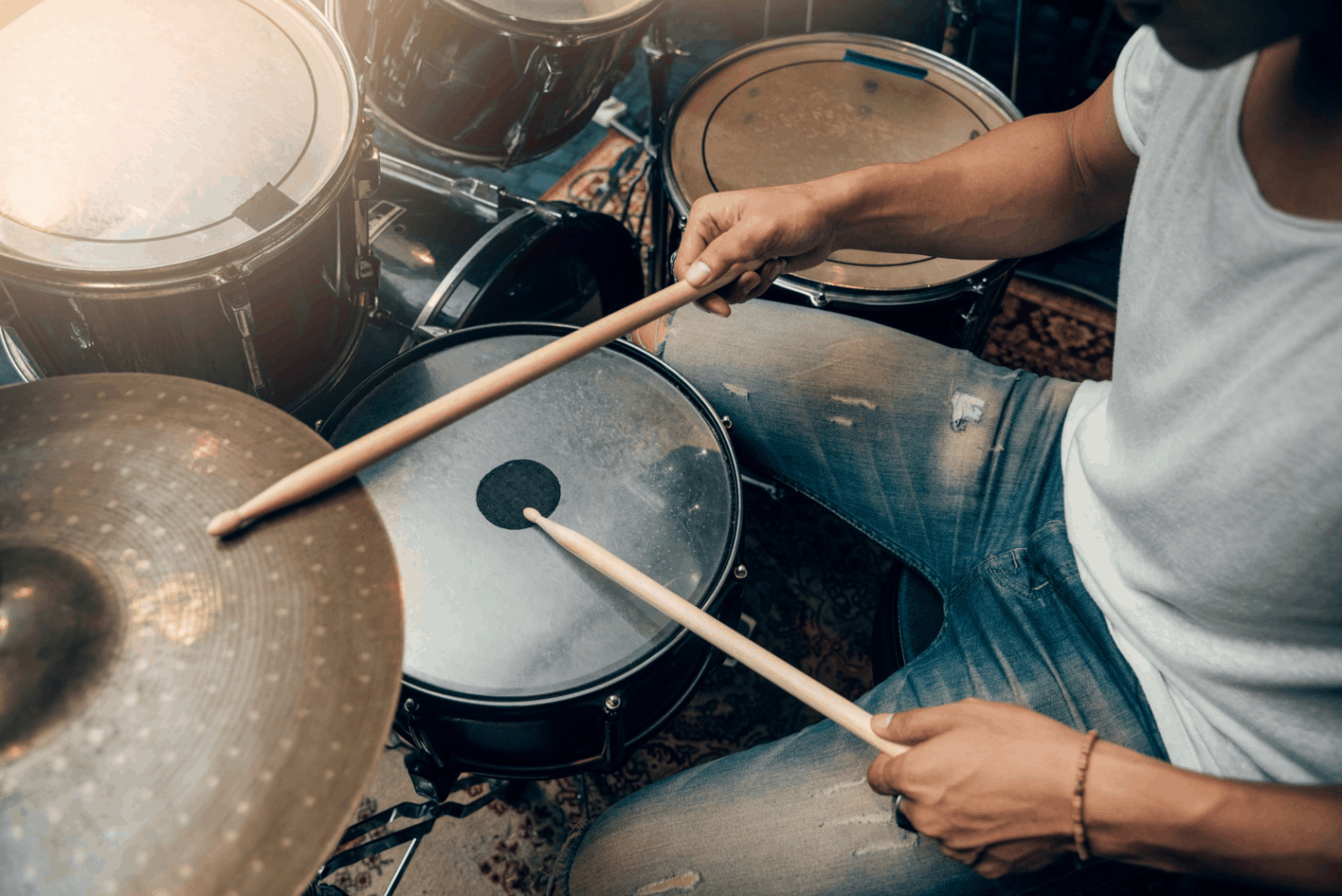 Let’s look at some of the most celebrated drummers who mesmerized the world with their beats and speed.

The band leader was known for not just his speed but also for his techniques to produce powerful beats. Interestingly, Rich used a knife and a fork as drumsticks when he was a child.

He was also known for his fast “stick-trick” during which he would slap the drumsticks in a circular motion. Rich’s legacy of speed and execution later became a common standard in the world of drumming.

Michael Mangini (1987-present) belongs to the metal band Dream Theatre and is one of the fastest drummers in the world. He first played the drums when he was only two and half years old.

With his extraordinary speed, Mangini set five records between 2002 and 2005 by delivering 1,203 strokes in just one minute. The 56-year-old drummer is known for bringing his own variation to the beats at a very fast pace.

British Grosset (1990-present) is only the second person in the history to break 1,208 hits in one minute.

Grosset developed the fundamentals of music in high school and went on to become one of the most expert drummers. The Canada-based musician drew inspiration from drummers Buddy Rich and Phil Collins as his mentors.

Bernard Lee Purdie is an American drummer known for his command on time-keeping. The musician’s unique application of triplet beats became his signature technique.

Applying a triplet technique is defined as the playing of three notes in a duration which is different than the regular beat. Purdie attained fame as a groove drummer by bringing unique variations to his work. 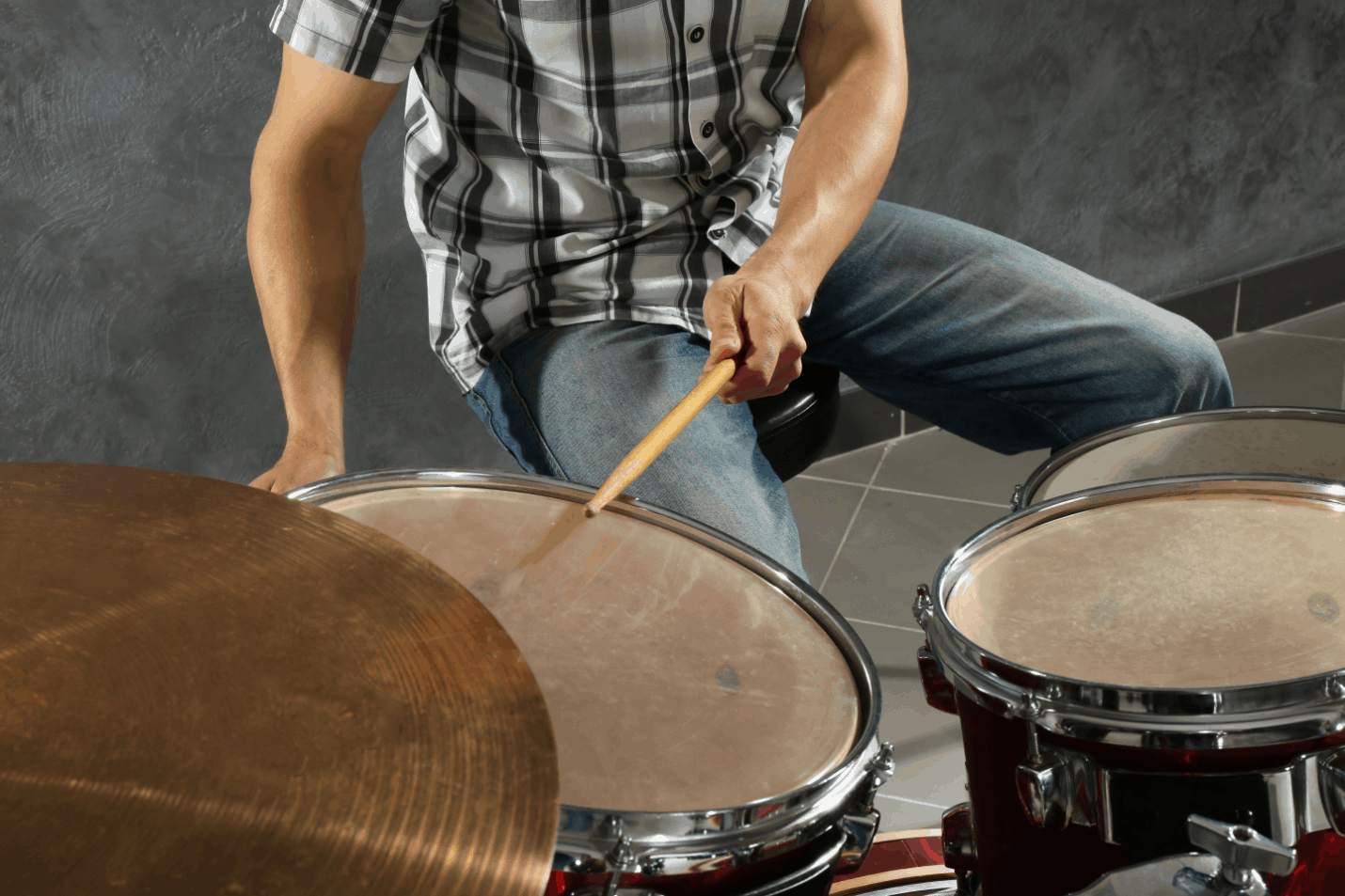 John Henry Bonham (1948-1980) was an English musician known for his fast bass drumming. Due to these qualities, he is regarded even today as one of the greatest rock drummers in history.

Dave McGraw is known for his association with the extreme metal band Cattle Decapitation. He is sometimes regarded as a “human-machine gun” due to his speed with the sticks.

Instead of focusing on simple styles, McGraw brings his own variations to the skill of metal drumming.

Metal drummer Pedro Rigoberto Sandoval is one of the fastest drummers in the “death metal” genre. The 50-year-old is regarded as the “father of the blast beat.”

Interestingly, Sandoval developed drumming abilities with little music training or education. The versatile singer would consistently practice to learn the skill until he mastered it.

Travis Landon Barker is a drummer and songwriter better known for his association with the band Blink-182. Barker’s pop-punk style and speedy drum play won him high praise. His expert drumming took Blink-182 to newer heights of success.

Due to the fact that drumming involves a lot of multitasking, it also makes a drummer a fast thinker. The simultaneous use of both hands and limbs enhances the mental ability to coordinate with the body.

According to Swedish researchers, there is a link between intelligence and time-keeping with the problem-solving part of the brain. Furthermore, neuroscience experts monitored the brain waves of several drummers and found that they have a unique mental make-up.

The study also suggested that the ability also helps a drummer develop a rhythmic understanding of things around them.

Can anyone become a fast drummer?

According to experts, practice can turn any person into a drummer. The only mandatory requirement to begin is to have a passion for the skill.

Taking basic lessons and using your instrument to practice them are the basic steps to becoming a drummer. There were drummers who started late but they went on to attain excellence in their work.

Many of the fast drummers who won high praise for their work acquired their skills at an early age. Some of them didn’t even receive any formal training but are known as the most skilled musicians today.

The passion of drumming does not just require practice but also perseverance and persistence. So if you think you have the skill and the passion to beat the clock with your drumming, make it happen!