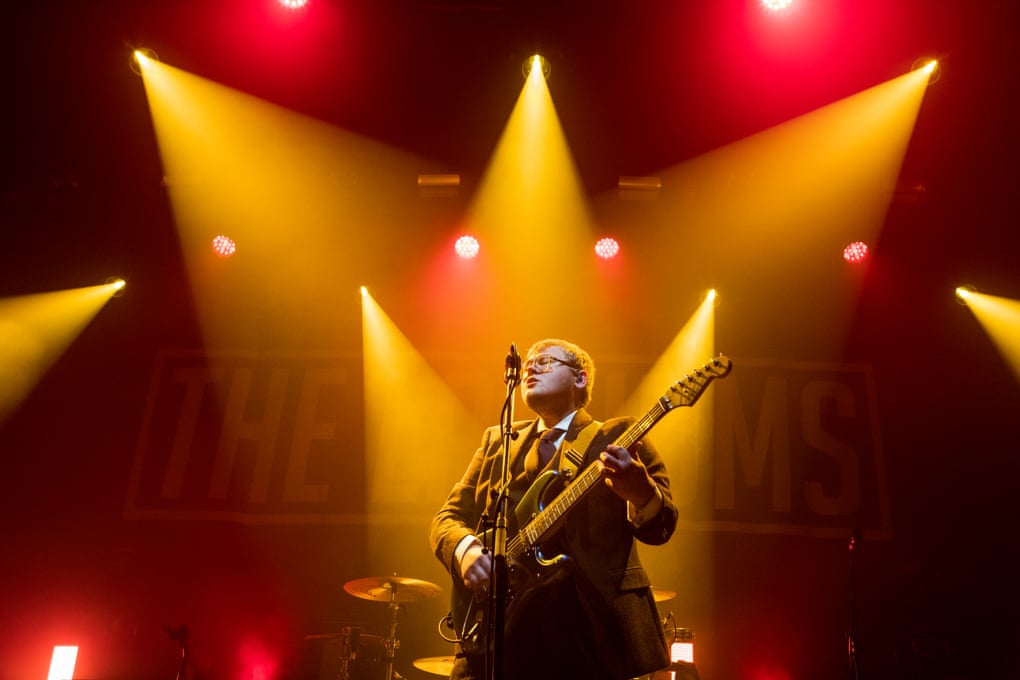 Everything about the Lathums' largest ever live event seems like it's meant to announce something significant. This four-piece band, which formed at a Wigan music college in 2019, represents the newest phase of indie guitar revivalism.

They have a No 1 album under their belts (their first, How Beautiful Life Can Be, knocked Drake off the top spot earlier this month) and a limitless supply of affection from their hometown, much like Stockport's Blossoms and Llandudno's Catfish and the Bottlemen before them. The Lathums seem to have cracked the code to making all-out bangers that garner popular appreciation.

Long before the band takes the stage to the Housemartins' Caravan of Love, the Victoria Warehouse, which holds 3,500 people, is buzzing — part indie dance, half football match. The Lathums began out as a wedding band, which is something you should know about them.

Tonight, clad in smart suits and with giant glitter balls flooding the audience in gold light at important times of the concert, they joyfully represent that truth. This is a band that used to spend every weekend in hotel function rooms time-hopping across rock history, and although they've forsaken the floor-filling covers, the concert still has a jukebox feel to it.

Their first tune is just great. Fight On blends soaring underdog poetry with nonsensically quick singing, leaving you befuddled yet completely confident of their abilities. The Great Escape is reminiscent of Arctic Monkeys' jangly kitchen years.

The bass riffs on a few of tunes are so reminiscent of Peter Hook that they could give you whiplash – and the lyrics are a little Smiths-y. Then there's I See Your Ghost, a bouncy, ska-infused piece that gets the audience going and sounds so much like the Specials that the term "ghost" couldn't possibly be a coincidence.

The Lathums are chameleons, very probably creations of algorithms and Spotify playlists flattening musical history. Even their clothing uses an homage-style visual language: a T-shirt with their emblem in a Beatles-style bubble font; a bucket hat in a Stone Roses sans serif. However, their tunes are so polished, and the band is so talented at what they do, it's almost difficult to turn them off.

Halfway through the show, guitarist Scott Concepcion, bassist Johnny Cunliffe, and drummer Ryan Durrans leave the stage, leaving vocalist Alex Moore to play their more reflective material. He sings of bumblebee buzzes and neglected toast on the album's title tune, How Beautiful Life Can Be. Even though the words are similar to Morrissey's, they are set in a far brighter realm.

There's a contradiction between the audience's need for wild indie salvation and these captivating, skillful, but conservative tunes. But it's tough not to imagine that there will be larger moments ahead in a room full of fans greeting their new guitar heroes.

Thanks to Lucy Holt at The Guardian whose reporting provided the original basis for this story.