A List of the Most Renowned Drummer Rock Singers 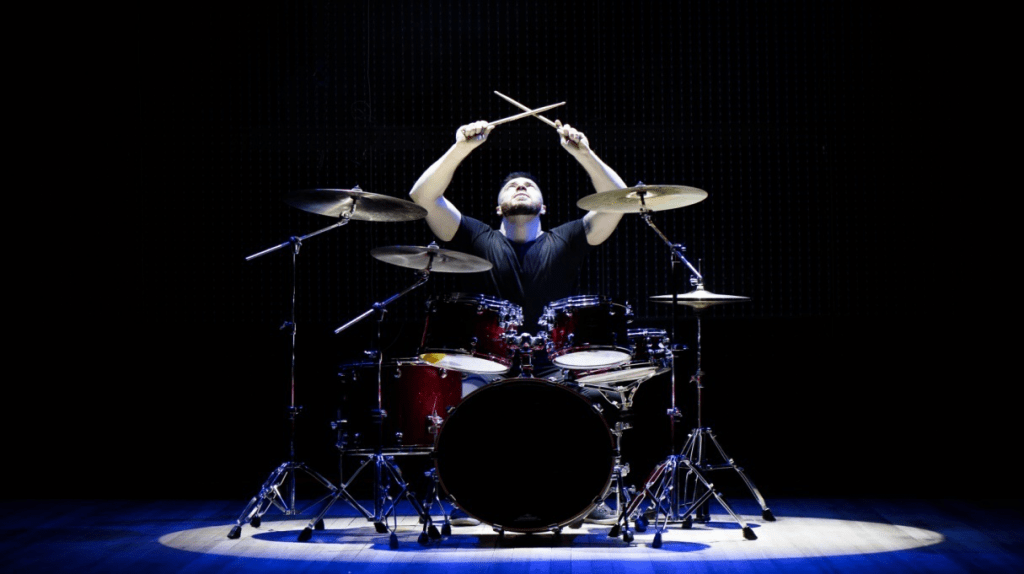 Playing drums is a hard task that requires a lot of practice, patience, and skill. Not everyone has the ability to play this loud musical instrument, and those who play them professionally, spend hours honing their craft. Now, there are some amazingly gifted individuals who have not only mastered the art of playing drums but have also got a lot of attention for their singing capabilities.

You have got to have some crazy multitasking skills to simultaneously juggle both these difficult jobs that require bucket loads of talent and practice. So without any further ado, let us explore a list of some of these fascinating individuals who not only managed to do both of these things but also made it look effortless.

Here’s our list of the best drummer rock singers.

Helm was a part of a band that hosted four gifted musicians, all of whom were capable of lead singing. Helm, however, as the only American member, added an unsophisticated, country genuineness and feel to the band.

Helm was skillful on quite a few instruments, particularly mandolin, but it was his stable, grand drumming with touches of funk and his Southern strum that truly gave the band its individuality. Helm has voiced some of the band’s most cherished and relatable songs, including “Up on Cripple Creek,” The Night They Drove Old Dixie Down,” and “The Weight.”

Even though he cannot be counted amongst the flashiest of drummers, Helm arguably dug out more shades and hues— sorrow, elation, longing, naughtiness, and sensuality— from his drum kit than any other American drummer.  And this was while he was singing those memorable songs!

Karen Carpenter is primarily remembered for lending her contralto vocals to hits like “Close to You,” “We’ve Only Just Begun” and “Rainy Days and Mondays.” Only true music enthusiasts recall that she was an exceptional drummer who started her career as the drummer for her brother, Richard’s jazz trio. It was only later that she garnered a lot of love and appreciation for her delicate voice.

She was as adept at playing difficult bop numbers as she was at singing her songs. Her role as a drummer was perfect for her since she preferred staying at the back of the stage rather than the center or front due to her anxiety. However, once The Carpenters found fame, she was thrown into the limelight as the group’s vocalist, which changed her life.

We acknowledge that today Queen is known primarily by its lead vocalist, Freddie Mercury. And undoubtedly he was a grand character in his own right. But we would like to draw your attention to Roger Taylor. Taylor is widely known as one of the most prominent and influential drummers in the history of music. 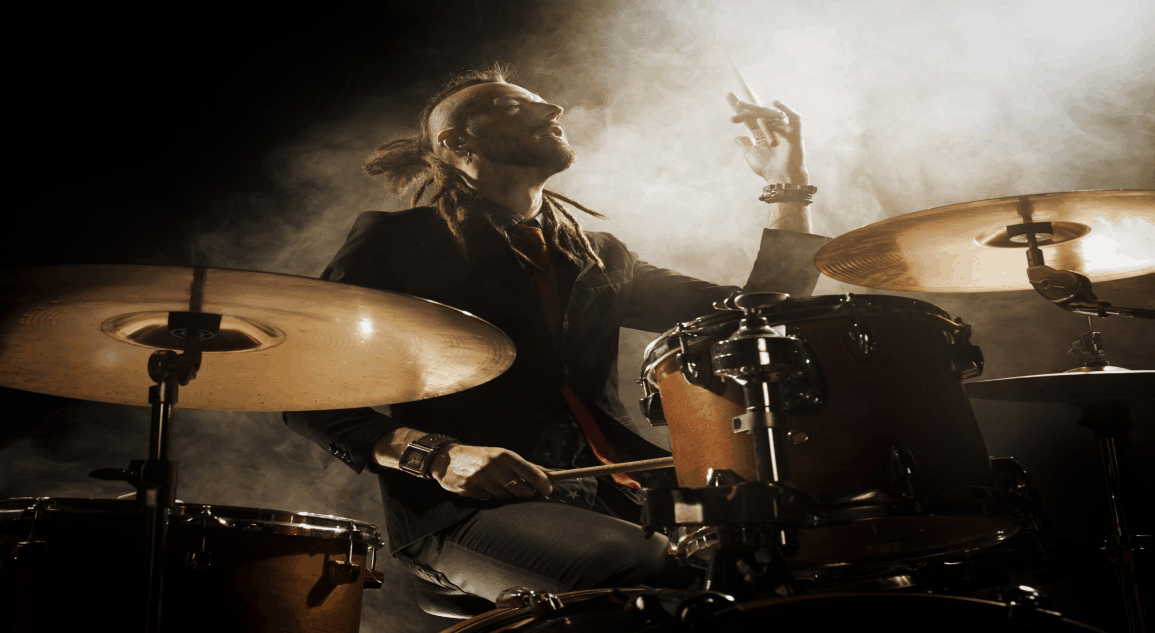 However, we must mention that despite having a member like Mercury occupying the center stage, Taylor managed to sample his vocals on the microphone quite often. He had a pitch-perfect voice, but he is listed on this list because of his high-pitched falsetto that he employed in songs like Bohemian Rhapsody—Queen’s most famous number. The songs to which he lent his voice like “Father to Son” and “Modern Times Rock ‘n’ Roll, “added a more edgy and rougher element to Queen.

Collins originally joined Genesis as a drummer, and stayed on in that capacity for five years until Peter Gabriel, the original lead, separated from the band in 1975. Gabriel’s exit endangered Genesis’ survival. After all, he was more than their lead singer— he was responsible for visually and literally interpreting the band’s progressive rock ideas.

Even though Collins didn’t have the same panache, he did have the vocals that he had exercised as a backup singer till that point. He grudgingly became the group’s lead singer, and as Genesis slowly transitioned from artsy peculiarity to more dependable pop sellers, his innate stage charisma and aptitude to sing intricate songs whilst drumming helped the transition feel natural and smooth. Collins perhaps would have never recorded iconic singles like “Sussudio” and “In the Air Tonight” had he not saved Genesis at the last minute.

Criss was originally hired by Gene Simmons and Paul Stanley on the basis of his affecting vocals. He was a trained jazz player whose flowing style and flair for theatrics blended perfectly with the band’s overall aesthetic.

His gruff, husky tone defines Kiss’s most identifiable songs including “Black Diamond,” “Getaway,” and “Hard Luck Woman.” However, it was his lead singing voice that propelled Kiss out of Brooklyn, when he sang the love song “Beth”, which was also their first single to enter the Top 10. 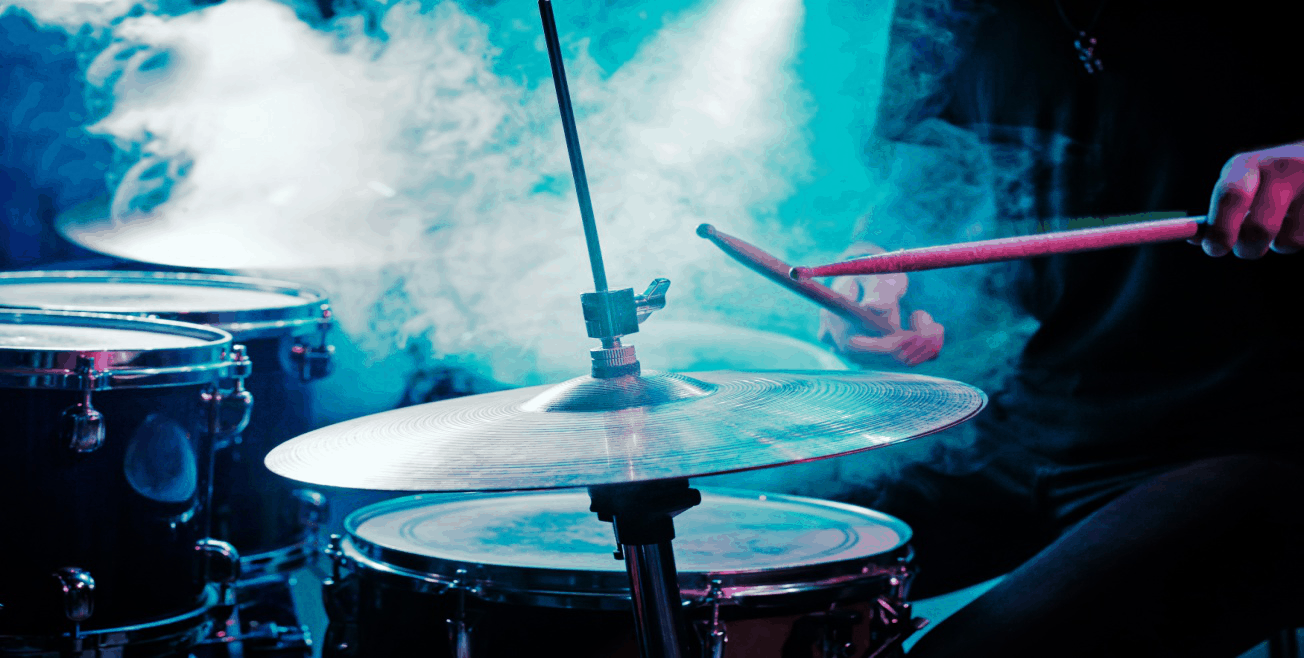 It is fascinating that Kiss’s love song, one that did not go well with their hard-rocking aesthetic was written and sung by their rowdily rocking percussionist!

Sheila E’s father, Pete Escovedo, was a distinguished percussionist. Her family had a lot of talent including her rockstar uncles Mario and Javier Escovedo. So it is no surprise that Sheila E. is such a versatile superstar.

Sheila was a working musician by the age of 21, having performed alongside the likes of Lionel Richie, Diana Ross and Marvin Gaye! She was a drumming genius with a polyrhythmic style that was as fast as lightning. She quickly rose in the drumming arena as the “Queen of Percussion” with hits like “The Glamorous Life,” “A Love Bizarre,” and “The Belle of St. Mark,” that highlighted her satiny voice.

Taking on both singing and percussion responsibilities, her career suffered due to some severe health concerns. But she was able to bounce back with touring stints with Ringo Starr and recording sessions with the Queen Bee herself!

This was our list of the best drummer rock singers in the history of rock music. All of them were and are fascinating musicians who inspire and will continue to inspire the newer generations to leave their mark in the music industry.