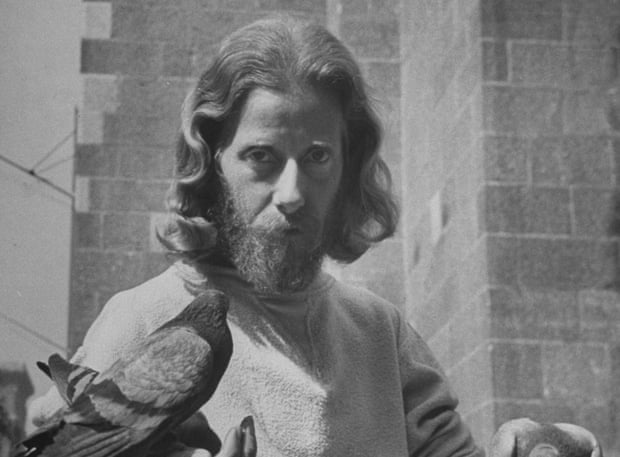 The King Cole Trio issued their second 78rpm single of the year in late March 1948. The three, who were already well-known for crossover pop hits like (I Love You) for Sentimental Reasons, decided to try something new for their upcoming album.

Nature Boy, which was originally buried on a B-side, was unlike anything else they – or anybody else – had ever recorded. "There was a boy / A very strange, enchanted boy," Cole sings with loving intimacy in the song's dreamy opening words; the song finishes with an everlasting message: "The greatest thing you'll ever learn / Is just to love and be loved in return."

Nature Boy topped the US pop charts for eight weeks in the spring of 1948, at a time when tensions were rising rapidly: the commencement of the cold war and the anti-communist crackdown. The fact that such a mild, pacifistic song became the year's biggest single speaks to a feeling of inchoate desire in the United States at the time, only three years after WWII.

Cole eventually met the guy who wrote his smash song, Nature Boy, in an appearance on the CBS program We the People after it became a success. eden ahbez (the lower case was selected) has hair down to his shoulders and wears loose-fitting garments in archival footage from the show; his style is almost two decades ahead of his time. These two outliers — a proto-hippie and an early African American crossover artist – relate the tale of how Cole found the song after it was sent on spec to the Los Angeles theater where he was playing, reading from prepared scripts.

To the host's surprise, ahbez declares that he "doesn't have much use for money." This lover of simple life – although with a business side – is being featured on a major US network's talkshow, produced by Life magazine and sponsored by Gulf Oil, which is no little irony.

As ahbez pedals his bicycle onto the stage and then enters a yoga posture, he makes it obvious that he will not adapt to corporate America's values: he is a forerunner of things to come in his uniqueness.

Miles Davis, John Coltrane, Mantovani, Grace Slick, Nick Cave, Frank Sinatra, and David Bowie have all recorded cover versions of Nature Boy, which has become a 20th-century classic. It's one of those songs that transcends time and location, not merely because of the message or Cole's seductive sigh, but also because of ahbez's ability to tap into the profound longings that have always lurked under the surface of popular culture.

ahbez was born George Alexander Aberle to an impoverished Brooklyn family in mid-April 1908. After his mother died, he was put in an orphanage until being adopted by a family in Kansas when he was nine years old. His adolescent years are unknown, although he hoboed his way across the Midwest during the Great Depression, working as an itinerant musician.

He came to Miami in the end of the 1930s, where he learnt about meditation and a good diet. He composed an early version of Nature Boy about this period.

Aberle changed his name to ahbez after relocating to Los Angeles in the mid-1940s. John and Vera Richter, proprietors of the Eutropheon, a vegetarian café on Laurel Canyon Boulevard, were among the group of environmental mystics he joined. The Richters, like the long-haired "hermit turned showman" William Pester, whom ahbez is said to have met in the late 1930s, were believers in lebensreform (life reform), a philosophy that began in Switzerland and Germany in the first decade of the twentieth century.

In an attempt to counter the toxins of mechanised contemporary life, lebensreform pioneers congregated in communities, foreswore private property, and practiced vegetarianism and organic farming, coexisting with the early Wandervogel – or wandering birds, the young, usually male, hikers who advocated a return to nature. Hermann Hesse, Carl Jung, Paul Klee, Rudolf Steiner, and Hugo Ball were among the visitors.

This was one of the first seedbeds for a new way of life that would blossom over the following 50 years. Pester - assumed to be the inspiration for Nature Boy – impacted ahbez directly, and he came into touch with these concepts at the Eutropheon, where he worked.

Vegetarian values, nonconformism, and ideas of living in peace with nature started to trickle into American society via Nature Boy. Even after the song had brought him a large sum of money, ahbez remained true to his principles and slept for a brief time beneath the Hollywood sign.

The earliest traces of ahbez's impact may be seen in the exotica boom of the mid-1950s, a musical genre popularized by Martin Denny and Les Baxter and designed to induce escapist fantasies. Eden's Island, ahbez's lone solo album, was published in 1960 and features sounds of waves and wind, gulls, calming flutes, and hypnotic sprechgesang to gradually conjure a Pacific Island. He also released Surf Rider that year, putting him at the beginning of the surf wave that started in 1961 with singles by Dick Dale, the Bel-Airs, and the Beach Boys.

In 1963, he composed a tribute to the Monterey Jazz Festival, starring John Harris on vocals and jazz legend Paul Horn on flute, that pays homage to Miles Davis and honors the site where "the hippies play." As the early hippies around him started to adopt the beliefs he had cherished for 25 years, ahbez finally found himself in sync with his period.

Grace Slick's first band, the Great Society, covered Nature Boy in 1966; their echoey live performance – dominated by a flute that recalls ahbez's favorite, handcrafted instrument – was the first time I heard the song. That year, ahbez was shot in the studio with Brian Wilson, who was at the height of his creative powers with Good Vibrations and the Smile sessions: certainly, Beach Boys songs like Vegetables and the exotic instrumental Let's Go Away for a While fit nicely in with the ahbez style.

ahbez stopped recording in the late 1960s, discouraged by the lack of success of his solo LP and heartbroken by the loss of his wife, Anna, in 1963. Hundreds of manuscripts of his songs were stored at the Library of Congress.

Even when he faded from public consciousness, his impact lingered: in 1968, the Beatles recorded Mother Nature's Son on the White Album, a song composed by Paul McCartney in direct response to Nat King Cole's rendition of Nature Boy.

ahbez died in Palm Springs in 1995, at the age of 86, following injuries incurred in an automobile accident. With a reissue of Eden's Island and two great collections of hard-to-find material: 2014's The Exotic World of eden ahbez and 2016's Wild Boy: The Lost Songs, there has been increased interest in his work and life in recent years.

These recordings, compiled by film director and ahbez specialist Brian Chidester, include everything from exotica to wacky rock'n'roll and surf to ahbez's signature beatific atmosphere. Chidester was also involved in the production of Eden Ahbez's Dharmaland, a fascinating 2021 CD that included some of Ahbez's songs salvaged from the Library of Congress and recreated by the Swedish ensemble xtahuele.

With As the Wind: The Enchanted Life of Eden Ahbez, a film about ahbez's life presently in development, this incredible time traveller seems to be finally getting his due - well over 70 years after his most famous song exposed him and his views to the world.

Thanks to Jon Savage at The Guardian whose reporting provided the original basis for this story.