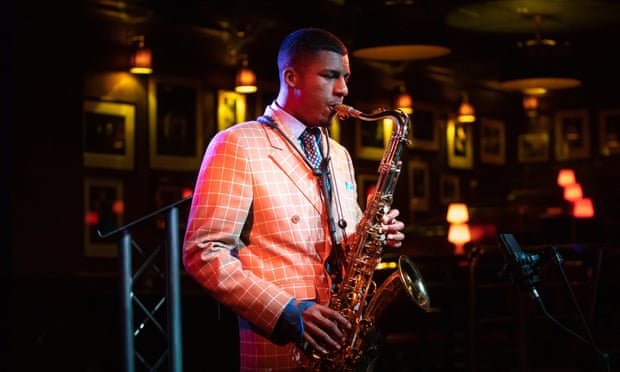 Nubya Garcia has had a fantastic year, with a performance at the Proms, a Mercury Prize nomination, and critical praise for her first album, Source. More significantly, the saxophonist is one of a number of young Black British jazz performers who are introducing new audiences to the genre and acting as role models for future musicians.

Other musicians who have had a mark outside of the UK in the last five years or so include saxophonists Camilla George and Cassie Kinoshi, singers Zara McFarlane and Cherise, and the five-piece group Ezra Collective. They're in high demand.

Such exposure is especially welcome when one considers that jazz, even after a century, can still be perplexing, if not downright frightening, to listeners who are frightened by tunes with changing time signatures and long solos. These musicians haven't abandoned the genre's essential principles of rhythmic creativity and sophisticated harmony, but they often share a strong dance sense that reflects their lived existence as Insta-generation improvisers of African and Caribbean descent.

That includes listening to Afrobeat, dub, and soundsystems, as well as a plethora of historical American jazz greats like Miles Davis, John Coltrane, and Pharoah Sanders, all of whom can be found on the internet.

However, there is a noticeable contrast between Garcia's lithe Caribbean slant and Alfa Mist's solid hip-hop snap. Meanwhile, Moses Boyd, a producer and drummer, studies the weighty sub-sonics of grime with his Exodus project, but when he performs in a freewheeling duet with saxophonist Binker Golding, he negotiates a far more abstract acoustic domain.

These musicians honed their skills at tiny venues around London in the 2010s, from the Total Refreshment Centre in Dalston, east London, to Mau Mau in Ladbroke Grove, west London. The musicians were in charge of their own evenings as well.

Empirical, a fantastic quartet led by saxophonist Nathaniel Facey, had a free residency at Old Street tube station, while trumpeter Mark Kavuma did the same in Brixton's Prince of Wales bar. The Buster Mantis café in Deptford was transformed into a bustling center by a group known as Steam Down. These musicians' youthful multicultural audiences were created from the bottom up.

Several musicians have become links in a larger chain, as they have in many previous jazz scenes. Sons of Kemet, headed by saxophonist-clarinetist Shabaka Hutchings, includes drummer Eddie Hick and tuba player Theon Cross, both of whom were formerly with Steam Down. Hutchings is a year older than Garcia and his band, who are largely in their late 20s or early 30s.

Sons of Kemet are a tremendous live performance, infused with the explosive carnivalesque energy of a marching band, and one that openly embraces Blackness; their 2018 album Your Queen Is a Reptile honored African American and Caribbean women such as Angela Davis and Doreen Lawrence.

Bassist Neil Charles is a musician who has worked with Hutchings for a long time. They first worked together 14 years ago in the experimental group Zed-U, and now the saxophonist is featured on Charles' intriguing Breathe Suite, a musically diversified EP released under his production name Ben Marc. Although he now resides in London, Charles is originally from Birmingham, where Hutchings previously resided and where British jazz talent abounds.

Another forward-thinking artist with whom both have collaborated is Soweto Kinch, a saxophone, rapper, and composer. Since the 2000s, he's been a lightning rod on the local scene, hosting jam sessions like The Live Box and the cross-genre all-day festival The Flyover Show, which was conceived to help Hockley, an inner-city area with a large Black population, overcome the twin evils of high unemployment and a bad press.

Kinch, 43, has mythical status in the Midlands scene and is a relentless booster of rising talent such as trumpeter Alex Polack, pianist Ashley Allen, singer Lucy-Anne Daniels, and percussionist Romarna Campbell, whose next project White Juju answers to Black Lives Matter among other things. The tremendously talented 24-year-old saxophonist Xhosa Cole, on the other hand, is now making the most noise.

Cole, the 2018 winner of the renowned BBC Young Jazz Musician award, has the expressive range and technical qualities that distinguish notable solos. His first album, K(no)w Them K(no)w Us, sees him put a creative twist on the pioneering American composers Thelonious Monk, Ornette Coleman, and Woody Shaw, who blazed tracks in the 1950s and 1960s that are still being followed by modern musicians.

Cole is able to locate modernism within the confines of tradition.

However, while the emergence of many Black jazz musicians in Birmingham, with its long-established African-Caribbean areas like Handsworth (where Cole was born and which includes Hockley), is unsurprising, it is also important to note that several other significant musicians have come from towns and cities with a disproportionately low number of people of color. The incredible pianist Pat Thomas, one of Britain's best living improviser-composers, is based in Oxford. Corey Mwamba, an imaginative vibraphonist, originates from Derby, while multi-reed virtuoso Jason Yarde hails from Hastings.

Apart from the fact that they all reside outside of major cities, these musicians create music that is primarily, but not solely, avant-garde jazz (Yarde is resoundingly diverse), and has minimal commercial appeal. Furthermore, they are in their 40s, 50s, and 60s, which means they do not match the prevalent picture of British jazz that has made a splash in recent years, which presents an intriguing argument about what that image should be.

Unlike in mainstream music, jazz performers in their seventies aren't inherently "old" and can still perform well, owing to the fact that mastering their instrument is a never-ending quest, and life experience is a rich, raw source of inspiration.

But now that the spotlight is firmly focused on the "new wave" (a strong narrative in any industry), it's the ideal time to bring others into the light and extend notions of what we mean when we speak about Black British jazz, from where it's found to who performs it to what it sounds like. The creative form, like Black Britain, has never been reduced to a single object.

Thanks to Kevin Le Gendre at The Guardian whose reporting provided the original basis for this story.