"These Are His Real Remains": The Battle Over Jeff Buckley's Last Recordings 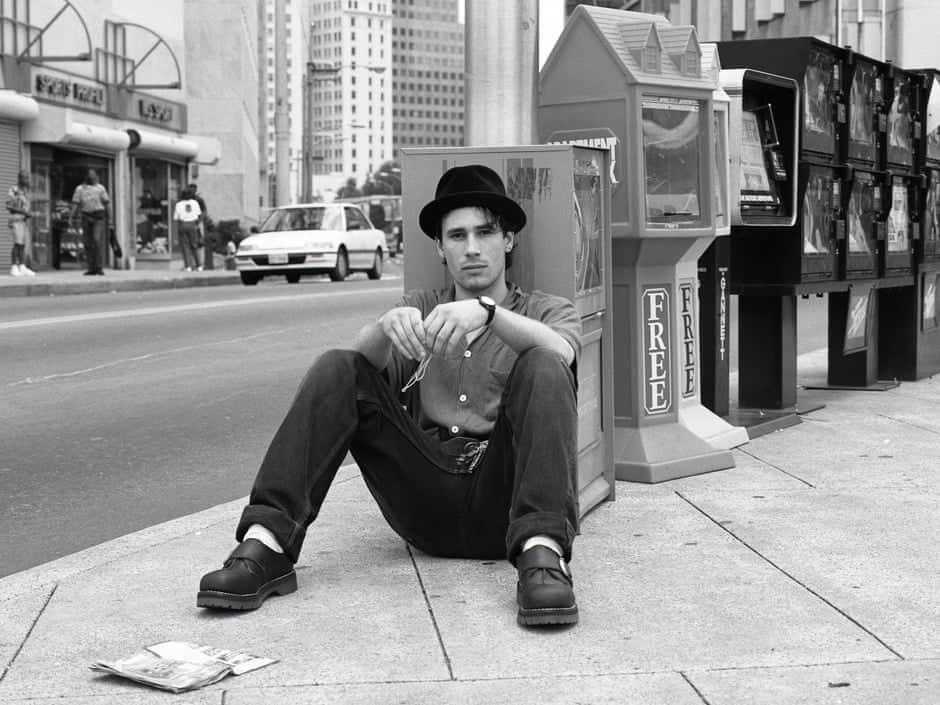 Before his death in 1997, Jeff Buckley had released two live EPs (Live at Sin-é in 1993 and Live from the Bataclan in 1995) as well as one full studio album (Grace in 1994). Eight live albums and numerous compilation albums have been published after his death, covering music recorded when he was contracted to Sony as well as music produced before he had a record deal. .

Sketches for My Sweetheart the Drunk, which was published a year after his death, is the most divisive. Buckley had previously discarded a set of recordings made by Tom Verlaine in late 1996 and early 1997 and was getting ready to record again in Memphis, where he drowned in the Mississippi.

Buckley did not leave a will, so his fortune was immediately passed to his mother, Mary Guibert. While she was still grieving the loss of her son, she received word from Sony that the Verlaine recordings would be released under the title of My Sweetheart the Drunk (Buckley's working title for his second album) just a few months after his death. She says she was not consulted about the publication.

“We discovered Jeff's body and held two memorial services in July and August,” she explains. “When I got home, I started getting calls from members of the band asking, 'Why are you going ahead with the album?' Jeff has no desire for such things! He wanted the [Tom] Verlaine recordings destroyed, and so on.' And I'm thinking, 'Wait, no one's doing anything!' I took out my phone and dialed the label's number. ‘Oh yes, Steve Berkowitz [the Sony executive who signed Buckley] and Andy [Wallace, Grace's producer] are mixing and mastering at the studio.' What? What the heck is going on there? That was the first CD, as it turned out. Yes, it was completed. It was supposed to be put into production.”

She told her lawyer, Conrad Rippy, to call Sony and ask them to stop releasing the Tom Verlaine tapes. Sony's intentions, according to Rippy, were to release the album in the autumn of 1997. “Jeff and the band – and thus Mary – were adamant that the band was flying to Memphis to record the album that would eventually replace the Verlaine recordings. So Sony just slapped it on the release calendar... I see it as a commercial choice to take advantage of the situation. The first thing I did was dictate to Sony a cease-and-desist letter. Which is usually a good approach to grab their attention!”

Guibert claims she and Rippy met with Sony officials to figure out what should be done with Buckley's unreleased recordings, if anything. Grace had been substantially underpaid, and Sony was eager to have a new product on the market; Guibert, on the other hand, was less enthusiastic. Don Ienner, head of the Sony Music Label Group, was present at the meeting and talked with Guibert privately about what they should do. In that discussion, she remembers saying, "I want one thing." “‘I only have one request. Give me command and we'll take care of everything together. You'll be able to put what you've got to good use.' She emphasizes the phrase "worth using" even more. This resulted in a confrontation with Berkowitz. Guibert accused him of working behind Guibert's back on the unpublished recordings because he "thought he was going to be the new producer of Jeff's work." It was eventually decided to release it as a two-CD set, with the Verlaine recordings on one disc and the more current demos on the other.

Guibert claims she was certain that Sony wouldn't be able to polish the four-track recordings and that they should be published as is on the double album. “'No!' I exclaimed. Listen! I'm aware of your intentions. This is what you'd do with his remains: dress him up in an Armani outfit and high-heeled shoes, comb his hair, and apply lipstick on him. He isn't like that. These are his genuine ashes, just as they are. Simply handle them as though they were his genuine ashes. We wouldn't dress him in a suit if this was his corpse and we were preparing it for his burial. We'd dress him up in a floral shirt, black pants, and Doc Martens, with his hair all messed up. And maybe a smear of mustard on his chin. We wouldn't mess things up by putting anything out that he wouldn't like. As a result, I was victorious in the debate.”

Guibert's relationship with Berkowitz was so strained that he considered it unsalvageable. She felt deceived by him (saying he called her "the bitch"), and she was upset that he was attempting to determine her son's legacy. To appease Guibert, Berkowitz was removed from all Jeff Buckley projects at Sony and replaced by Don DeVito, a producer and executive who worked with Bob Dylan, luring him back to Sony/Columbia in 1975 after a brief defection to Asylum and producing his 1976 album Desire, as well as serving as the A&R contact for major artists such as Bruce Springsteen, Carole King, and Billy Joel.

“Sony needed to bring in someone who didn't have a vested interest in releasing [Sketches for] My Sweetheart the Drunk in the fall of 1997,” Rippy says. “As a result, they quickly moved Don in to help calm things down. Don and Mary managed the Buckley project for the following ten years. Don and Mary established a strong working relationship. That was crucial, particularly in the early days of the releases, to ensure that everything that came out was acceptable for the legacy.”

He believes there is a harsh lesson here for label executives who attempt to override estate chiefs, particularly if they are family members. Rippy explains, "Don came in because we wouldn't deal with Steve after that." “In the 23 years I've worked with Mary on Jeff's legacy, I've only had one conversation with Steve Berkowitz at the start. You're not going to go very far with Mary if you disregard her.”

I reached out to Sony Music to reply to Guibert and Rippy's criticisms about the label's handling of the album's release. The company's representative refused to respond.

As a result, enlisting the help of a family member – particularly one who has previously worked artistically with the artist in issue – to complete incomplete recordings may be the ideal option. It's the one that's least likely to be accused of sacrilege.

Thanks to Eamonn Forde at The Guardian whose reporting provided the original basis for this story.