Timeline: The History of the Drum Set 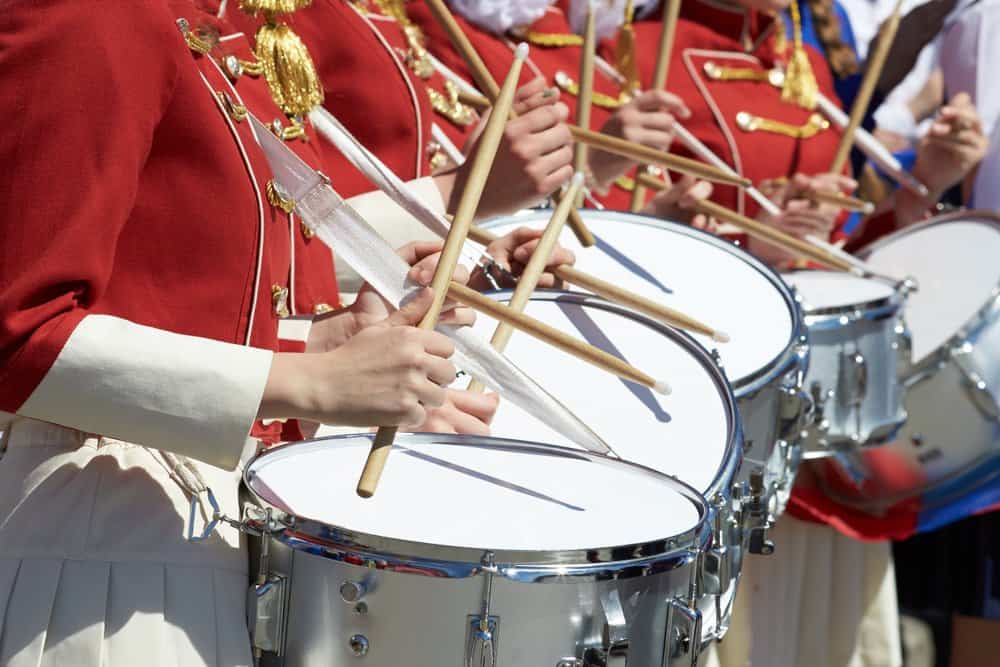 In most cases, modern music depends on drums for beats that touch the strings of the heart.

“The drum is the heart of music. The saxophone can play and then rest, as can all of them except the drums; the drummer keeps going – he can’t afford to stop.”

The drum is a musical instrument that has been around for thousands of years. People have been playing it to relax their mind, take out their frustration, and to produce some kickass music.

But where did it all start?

You may be surprised to hear that the concept of drums is as old as mankind.

What is a Drum?

A drum is an instrument that produces sound when an object like a rounded stick or hand hits its stretched membrane.

Typically, the structure of a drum features a hollow body, a stretched membrane spread over the end of the drum and tuning keys that may be tightened or loosened to produce different tones.

The sound of the drum comes from the hitting and vibration of the membrane.

At the beginning of time, there was no such thing as an acoustic drum. However, they made an appearance in different eras in different forms.

Here’s a timeline of the history of drums that’ll walk you through the entire journey of drums from being an ancient instrument to becoming an all-important tool in modern music.

Historians believe that people in ancient times used drums made from natural objects. The use of the first archeologically documented drums takes us back to the early civilizations of Egypt and Mesopotamia. All these drums were played by hands.

During the prehistoric times, drums used to be long and large. A cylindrical double-headed drum was found in the Djehuti-Baqt tomb in the Middle Kingdom back in 2000 BC.

Furthermore, if we look at Sumerian reliefs dating back to 2000 BC, we see two priests playing man-high drums.

A priestess named Maram-Sin who served in the temple of the Moon in Ur is the earliest drummer belonging to 2280 BC.

Moving ahead in 2700 BC, people used to play rectangular frame drums called timbrels, which are a type of hand drums.

Dating back to 5500 BC, drums have been found in China where people usually used them during religious ceremonies and rituals.

These drums found in ancient culture were made from crocodile skin.

Cymbals were the type of drums made of metal that ancient people used to play to produce tinkling or dinging sounds.

Although these drums were originally made in China or Turkey, they were quite common among the people of Israel and Egypt.

Since the beginning of time, people have used drums to motivate soldiers and to set a marching beat for them. A battle between Lu and Qi, in particular is remembered even today to have experienced a slight change in the war results because of the use of drums.

The history of Sri Lanka shows that people used to use drums as a source of communication for sending and receiving signals to and from the people of different tribes or cities.

Distinct tones and patterns of a drumbeat had different meanings.

For many years, people used to make different varieties of drums depending on whatever material was available to them.

In the Middle Ages, snare drums were introduced, which are double-sided with rope or snare wires strung under the lower skin.

The first modern snare drum was introduced in medieval Europe.

Although there’s not much evidence of people using drumsticks in the ancient times, there’s a high chance that they did.

The earliest known forms of drumsticks date back to the 1300s. They were made of wood. People used these drumsticks to beat different snare drums, including Tabors. 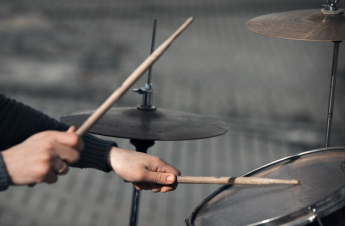 The Timpani drums are a group of drums that are characterized by their own unique pitches. People brought these drums to Europe during the 1400s. However, their use only became popular during the 1600s.

Larger than the snare drums, the bass drum is a modern type of drum brought to Europe during the 1400s.

These drums are often called Turkish drums. They were typically used in traditional Turkish music as well as in the military.

The most popular wood kind was beefwood in the 1700s while throughout the 1800s, ebony remained a popular choice for military drums. 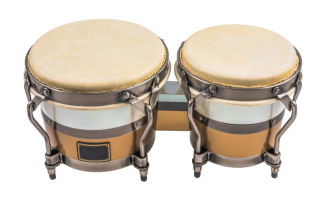 After many years of drums remaining unchanged, modern people of Africa and Cuba started exploring and experimenting. That’s when the bongo drums were created.

This type of drum is always played in pairs.

Drum sets are so popular in modern times. People now use sets of drums in concerts, festivals, and marches. It was in the 1900s when the first drum kit was introduced in the music world.

Even after the evolution of the ancient drumsticks, musicians complained about the wearing down of the tips of their drumsticks.

To cater to this problem, a man named Joe Calato introduced modern drumsticks with a nylon tip. The idea proved to be a huge success when it came to promoting the longevity of the drumsticks.

With the introduction of individualism in America and the rest of the world, the popularity of drum sets started to touch the skies.

In 1976, a man named Karl Bartos took the world of drums into a storm by inventing electric drums.

Although his electric drums failed to produce quality sound at that time, they opened new doors of opportunities and exploration for future musicians.

Modern Electric Drums – 1997 and Beyond

A new and improved version of electric drums was introduced in 1997 and since then, the scope of these drums has continued to evolve.

Roland introduced the TD-10 model in 1997 which is popular until today. In addition to this, the ever-famous electronic brand Yamaha also jumped on board with electronic drums.

This timeline of the history of drums highlights how the drums evolved over the years to become what they’re now.

Today, drums have become an integral part of the music world. They’re being used not only in musical concerts and traditional festivals but also in religious rituals and churches. 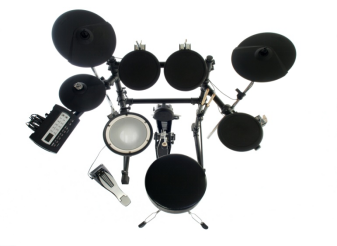