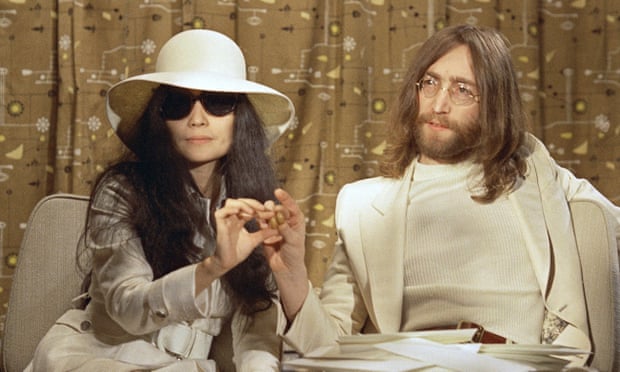 This month, a fascinating collection of largely unheard interview recordings with John Lennon will be auctioned, providing insight into subjects such as his favorite Beatles songs, his love for Yoko Ono, the corrupting influence of fame, and his thoughts of hypocrisy about receiving an MBE at first.

Ken Zeilig, a Canadian journalist, recorded the 91-minute recordings and interviews on three occasions in 1969 and 1970, when the Beatles were starting to fall apart.

Only around five minutes of these were previously shown on television in the late 1980s. Zeilig passed away in 1990, but his family just recently found the recordings. They're expected to fetch between £20,000 and £30,000 when they're sold.

“I'm prejudiced, I like my own, you know,” Lennon comments on the recordings of the best Beatles songs. [laughing] Revolution #9” – the freeform sonic experiment at the end of The White Album – is one of my favorites. He names I Am the Walrus, Strawberry Fields Forever, A Day in the Life, and Rain when asked for more.

He acknowledges that the composers Karlheinz Stockhausen and John Cage inspired the Beatles – “it influenced our music, and then other people's music” – but downplays the group's importance. “The Beatles were said to have ushered in a whole new way of life and thinking. We didn't cause it; we were a part of it. We were on the front of the wave if there was a large wave in the water, which was the movement. However, we were not the movement as a whole.”

Lennon is interviewed beside Ono, whom he married in March 1969, and expresses his love for her with tremendous compassion. “The natural John Lennon... that had been lost in the Beatles thing, in the worldwide thing, and all that,” he adds of Ono. [And] shaped me into who I am.” He want to die “at the exact same minute” as her, since “otherwise, even if it's three minutes later, it'll be hell.” I couldn't stand it for three minutes.”

He adds of love, "It has its storms and snow to go through, but you have to protect it." It's like having a pet cat... [Love] must be fostered as if it were a very delicate animal, because that is exactly what it is.”

Lennon and Ono had just organized two peace demonstrations against the Vietnam war in Montreal and Amsterdam hotel rooms. In an interview with Zeilig, Lennon explains why he chose to protest rather than donate money: "People will probably ask, 'Why didn't you give rice?' and our answer is that we're trying to prevent cancer, not cure it after it's happened." We will do both, or at least attempt to do both, if we have the money. But, rather than curing, we want to prevent.”

He explains why, in 1969, he surrendered his MBE: “A protest against Britain's involvement in Biafra and Nigeria, as well as its moral and verbal support for the United States in Vietnam. I had to send three letters: one to the Queen, one to [Prime Minister] Harold Wilson, and one to the Chancellery... something.”

When Zeilig wonders why he agreed at first, Lennon responds, "Well, I was a hypocrite, and I was on the make... If you're going to receive a medal for murdering, you should get a medal for singing and keeping Britain's economy in excellent shape.”

“We became possessed by a spirit of people adoring us...,” Lennon says, equating himself to a pilgrim who is continually tempted. We lose our direction with all the vitality that people have given us.” “The critic can never be the artist and thus never understand what is going on,” he says of music reviewers. He can only hope, and he can only make an educated guess... It's a waste of time for individuals to write about music. Who are they writing it for, after all?”

When John is questioned about the Beatles' future intentions, he foreshadows the band's impending demise, which occurred in mid-1970. “After they stopped touring, the Beatles never made any plans,” Lennon adds. “There were always plans in place for them. And since no one was making plans for us, we didn't want any, so we didn't make any.”

The auction will take place on September 28th. “John's witty insight and proclamations are vintage Lennon, and there is much in here that will greatly excite Beatles fans,” said Paul Fairweather of Omega Auctions in Merseyside. They are a significant find.”

This week commemorates the 50th anniversary of the debut of John Lennon's song Imagine, which was originally published on September 9, 1971. The lyric "imagine all the people living life in peace" is being projected on sites across the globe, including St Paul's Cathedral in London, the Berlin Wall, and Times Square in New York, to commemorate the event.

“John would have loved this,” Ono, 88, remarked. Imagine encapsulated what we all thought at the moment. We're still together, and we're still convinced. The sentiment is just as relevant now as it was 50 years ago when it was composed and released.”

This week, a limited-edition vinyl version of Imagine will be published, including leftovers such as the original demo of the title tune.