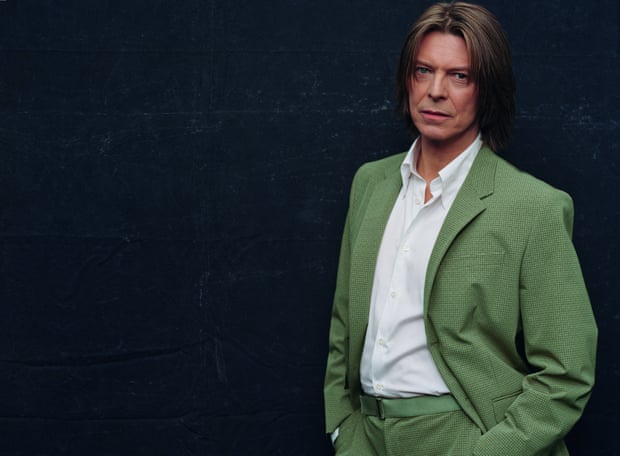 As part of the current round of posthumous reissues, David Bowie's missing 2001 album Toy, which included new songs and updated renditions of lesser-known songs from 1964 to 1971, is getting an official release.

Toy was described by Mark Plati, the album's co-producer, as "a moment in time captured in an amber of joy, fire, and energy." It's the sound of people who are delighted to be making music.

“David revisited and re-examined his work from decades ago through the lenses of experience and new perspective – a parallel not lost on me as I revisit it now, 20 years later. He would remark, 'Mark, this is our album,' from time to time, I believe because he knew I was in the trenches with him on that trip.

I'm pleased to be able to declare that it now belongs to all of us.”

Toy revisited tracks from his first single as Davie Jones With the King Bees, Liza Jane; his third single, You've Got a Habit of Leaving; and Silly Boy Blue from the eponymous 1967 David Bowie album, recorded in Manhattan in 2000.

When Bowie played Can't Help Thinking About Me for the first time in 30 years for an episode of VH1 Storytellers in 1999, he got the idea for his 23rd album.

The plan with his band – Plati, Sterling Campbell, Gail Ann Dorsey, Earl Slick, Mike Garson, Holly Palmer, Emm Gryner, Lisa Germano, Gerry Leonard, and Cuong Vu – was to record “old school” with the musicians playing live, to make the most of the “show-honed” group Bowie had assembled for his headline set at Glastonbury in 2000.

In a tour journal for Time Out in 2000, Bowie wrote, "I still get really elated by the spontaneous event and cannot wait to sit in a claustrophobic space with seven other energetic people and sing till my tits drop off."

They intended to "keep it loose, fast, and not clean things up too much or dwell on perfection," according to Plati's blog, before selecting the finest takes and releasing the album as a surprise - a novel idea at the time.

It rekindled Bowie's long-inactive connection with longtime producer Tony Visconti – albeit as strings arranger – which had been dormant since Bowie requested Nile Rodgers to record Let's Dance in 1983.

In 2001, Bowie told BowieNet, "The songs are so alive and full of color, they jump out of the speakers." “It's hard to believe they were written so many years ago.”

However, due to schedule difficulties and "major problems" at EMI/Virgin, "which has put an awful lot on the back burner," Bowie informed fans in a webchat later that year, the album's release was delayed and eventually blocked.

Meanwhile, Bowie began work on a new "experimental" record. Bowie was subsequently claimed to have been "terribly hurt" by the label's reluctance to release Toy, which contributed to his resignation from the label, according to Visconti.

Heathen was released in 2002 on Columbia Records under Bowie's own label ISO.

Uncle Floyd and Afraid were re-recorded for Heathen, while additional Toy sessions tracks were released as B-sides to the album's singles and included in a deluxe version of the 2014 compilation album Nothing Has Changed.

In 2011, an Australian man sold a copy of the album on eBay, which was subsequently posted to filesharing sites, resulting in the release of a version of the record.

On November 26th, the album will be officially released as part of David Bowie 5: Brilliant Adventure (1992–2001), which will also include new remasters of Black Tie White Noise, The Buddha of Suburbia, Outside, Earthling, Hours, the live album BBC Radio Theatre, London, June 27 2000, and a rarities compilation. 5. Re:Call

Toy:Box, an extended version, will be published on January 7, 2022. It comes to a conclusion with a new song based on a jam at the end of a live performance of I Dig Everything. Frank Ockenfels III's previously unseen photos, alternative mixes and suggested B-sides, and "Unplugged and Slightly Electric" remixes of 13 Toy songs are included in the bundle.

The estate of David Bowie has signed a new license deal with Warner Music Group to manage his entire back catalog. The label formerly had the global rights to David Bowie's songs published between 1968 and 1999, and it currently has the rights to his entire repertoire until his death in 2016.

Heathen, The Next Day, and Blackstar, the albums covered under the new agreement, were initially released by Sony Music.

In a statement, Warner Music Group CEO of recorded music Max Lousada stated, "It's an incredible honor to have been chosen as the stewards of one of the most important and dynamic bodies of creative work in modern culture."

The "expanded partnership," according to Lousada, will enable them to produce "innovative, career-spanning projects" as well as "attract new generations to his extraordinary musical universe."