What are Quad Drumsticks? 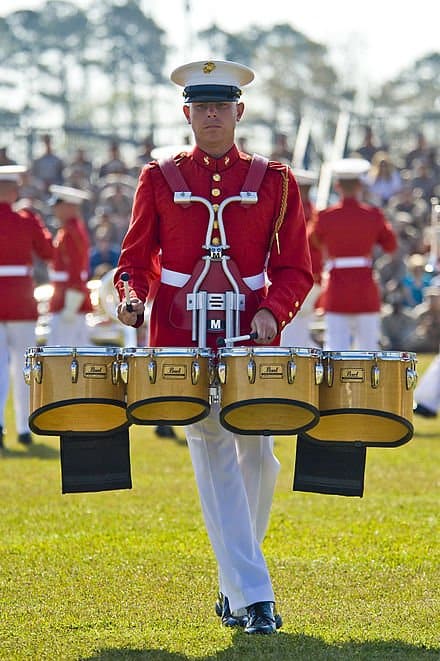 Quad drumsticks are for quad drums!

You may have heard the phrase “quad drums” before.

“Quad drums” is the nickname for tenor drums, which is basically a large snare drum that doesn’t have its namesake snare.

Its tone is far softer and rounder than your typical snare drum. You find these drums often in full marching bands.

Here is an example of what a traditional multi-tenor drum looks like: 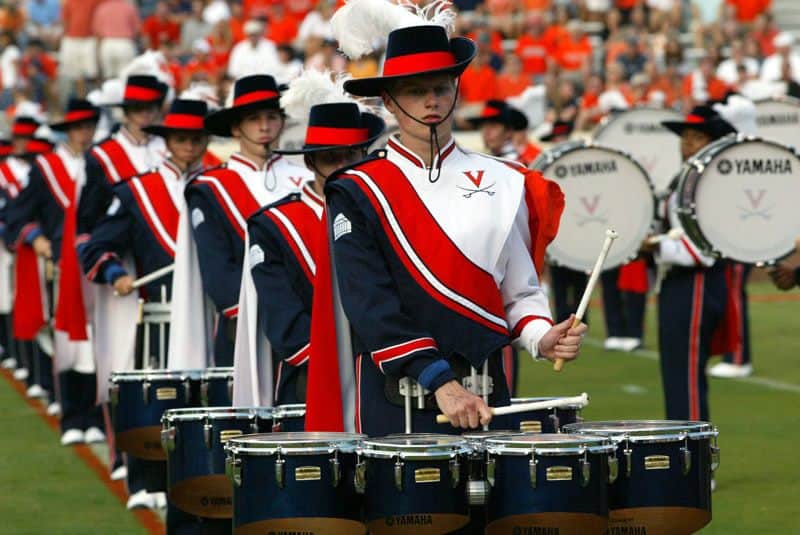 Note that the traditional multi-tenor drum has 4 heads. This is why the nickname “quad drums” exists – remember, “quad” means 4 in Latin.

Here are some of the best quad drumsticks on the market right now:

The AT-1A is the aluminum version of the AT-1 indoor marching tenor mallet. This mallet includes a small, tough, synthetic head, a textured grip, and a 14 1/4" heavy gauge aluminum build.

The American Hickory TS 7 Tenor Stick include a small Nylon Cookie head. These are great for control, and their rebound helps passages that need extra speed. These sticks are, to sum it up, very easily handled.

There are some “totally tenor” methods you can pull off one you get yourself a set of quad drumsticks:

“Sweeps" are when you hit a drum and let the stick do a double-bounce. You can also “roll” strokes in succession as you move across different drums for a very cool effect.

There’s also "crossovers" (crossing one hand over the other to reach a drum).

These techniques allow an unbelievable variety of rhythmic and melodic patterns, making all kinds of drum playing possible on the tenors. They can also really add a distinct visual aspect to tenor playing.

Modern tenor drum sets of 2 or more drums were first developed in the early 1960's.

Tenors appeared 1967 when a Boston-based marching corps attached 2 bass drums horizontally on a carrier. This spawned the idea of attaching more than 1 tenor drum to some sort of wearable contraption.

Quad Drums then followed, a series of 4 drums on a carrier. Each drum had a different pitch.

At this point, people started referring to the drums as “quad drums,” and that’s why people sometimes call the mallet for tenor drums “quad drumsticks”.

...and a little more interesting info on tenor drums

A tenor drum is a drum without a snare.

There are numerous kinds of tenor drums. These drums were used in Medieval, Renaissance and Baroque periods.

They consist of a cylinder of wood (typically, sometimes artificial man-made material), covered with skin on both sides and held tight by ropes.

Remember: tenor drums are primarily utilized as a marching percussion instrument. Frequently, they’re installed in sets of 4-6 drums, permitting someone to hit several drums at the same time.

You can add (literal) bells and whistles to quads

Oftentimes, people will add additional instruments (like a cymbal or a cowball) on to the side of your drums.

These extra little percussion instruments like bells help the drummer make the music much more exciting and interesting.

All the extra bells and cymbals can start to add up: in huge lines, there can be as numerous as 6 tenor players. 6 multiplied by 4 is 24 total tenor drums at one time, on average!

Lots of high school marching bands will have one to three tenor players, while it’s likely that for World Class drum corps you’ll see as many as 4 or 5.

You can tune tenor drums to actual notes

With some frequency, tenor drums are tuned firmly, to a note, providing a high-pitched noise that carries well outdoors.

Within the sets of drums, the main drums are tuned to interesting intervals (the most common intervals being the minor third, perfect fourth, and perfect fifth). The accent drums are normally tuned as high as possible without breaking the head (often humorously described as “the helium drums”, in the case of a 6-drum tenor set).

Quad drums are important to some University culture

Tenor drums are popular among the ranks of HBCU (historically Black Colleges & Universities) drumlines, especially in the southern states.

The University of Arkansas at Pine Bluff (UAPB) is known for being a hyper-competitive drum program, for example. Likewise for Alabama State University’s (ASU) program.

Tenor drums are used all over the world!

If you want to play the quad drums, you’re going to have to get yourself some quad drumsticks ASAP.

The tenor drums are some of the most classic you can play, and when you play them, you know that you’re listening to the same sounds as your ancestors may have heard even thousands of years ago.

It’s truly a magical experience – go get yourself some quad drumsticks!