What Is The Purpose of Drums Without Bottom Heads (Resonant Heads)? 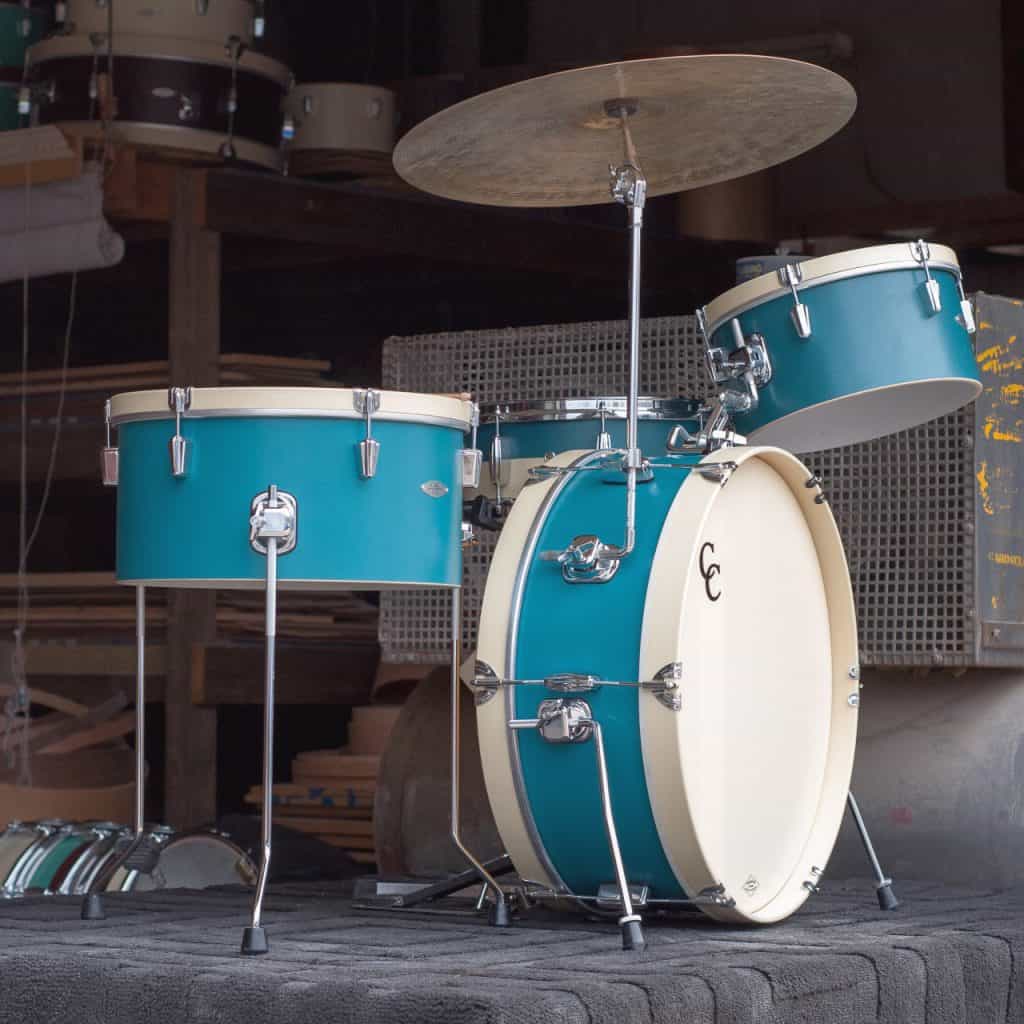 Perhaps you've seen drums without bottom heads ( or resonant heads as they are called) . The name for these toms are called 'concert toms' and they are used to achieve a slightly different sound out of our drums.

The percussion family is wide-ranging and exciting, and there's nothing rather like the classics - and it does not get much more classic than concert toms.

These instruments are essential components of practically every percussion setup for a really excellent reason: their easy yet effective sound is a natural suitable for virtually all kinds of music.

Concert drums go back to the 30's and 40's however in the late 60's, into the late 70's they became extremely popular. It was fashionable and many of the drums were actually louder than those with resonant heads.

As we said, concert toms are somewhat louder since the sound escapes much cleaner from the bottom and the sound waves aren't captured by the other resonant head.

They are also better for close miking since the sound bright and clear, so you are able to capture the direct punchiness with ease.

Naturally, the ideal concert toms for your personal tastes and needs are up to you to decide. Drums that use wood will sound much different from those that use aluminum, which has a certain piercing quality.

The cool thing is that these toms have a really unique look to them. If you are a drummer trying to carve out a signature sound, take advantage and look into getting these to start crafting it!

I have a C&C Superflyer kit, which comes with 13'' and 16'' concert toms. These sound enormous, and it's a miracle because they are so small! 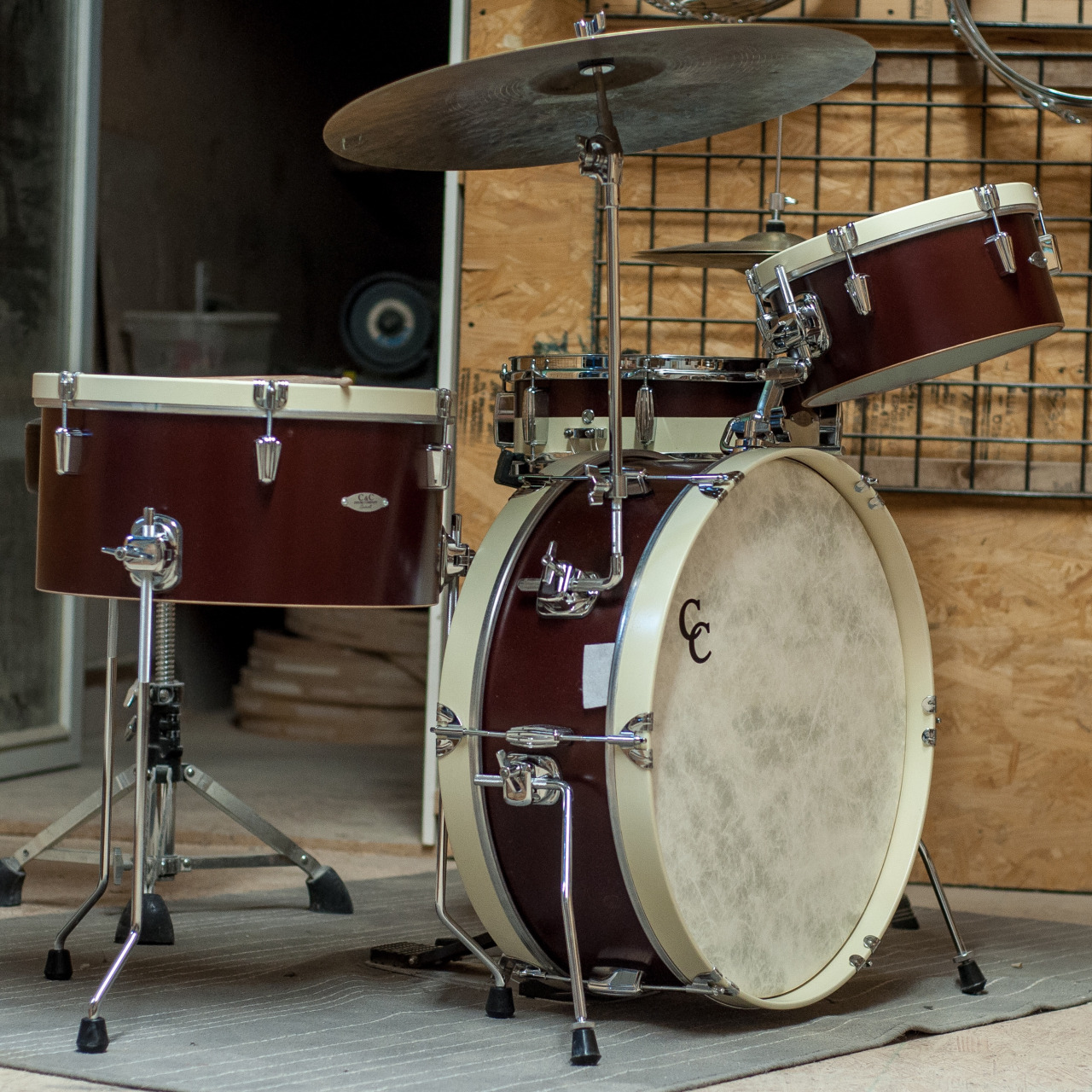 The even more amazing thing about this drum set, (and this logic may apply to other concert toms) is that you can stack the toms inside one another. In drums with resonant heads, you have to take off the head before you stack them, which is time-consuming.

Concert toms came to be because it used to be the job of just one person playing these drums, so you could play them melodically.

Once the drumset formed we've taken these drums and have adapted them to a rock or jazz sound.

Here's a video of a TAMA kit demonstrating the full range of concert toms.

TAMA now uses a complete line of concert toms, offered in a variety of sizes and configurations. The shells are 5mm, 6ply Maple providing exceptional projection and attack. They have a very unique look!

You can also buy just a pair of concert toms and you would play them like a percussion instrument. They almost would act like timbales (an instrument used in latin percussion setups).

Here you can check out a quick lesson on how to play concert toms.

The type of head you use matters more

Okay, maybe it doesn't matter more. But so much of the sound of a drum is due to the head that we put on it. We usually don't pay too much mind to the head, since it is the least expensive part of the drum.

However, coated heads, clear heads, single ply, and double-ply can transform a drum and make it sound completely different.

Coated heads muffle the sound of the drum. They act as a natural dampener. While clear heads let the drum breathe and sing out more.

Single-ply have a quick reaction and can have a little more resonance and sustain. These can be a great choice for drummers who utilize their characteristics a lot.

Two-ply, as you might anticipate, are harder and more rugged, so those players who can be vigorous are less likely to have to stress about replacing their heads in a rush. They also dampen the head and give it a chunkier, thicker sound.

It is very important to make sure that the tuning around the drum is even. The usual process is to use mild pressure at the center of the head with your hand or an appropriate object and tap two to three inches from each lug, adjusting each one until they're at a typical pitch.

Traditionally, toms, in particular, would be tuned by at the same time turning lugs on opposite sides, however since contemporary drums are better made, this method is now not usually needed.

Next, 'finger tighten' the head: use gentle pressure (more on a bass drum head, and beware on snare‑drum resonant heads, as they're really thin), then re-check the lugs and make certain that they are still finger-tight.

If you are thinking about getting a pair of concert toms don't hesitate. They are really fun to play on and they can do the same job as regular toms when tuned up correctly.