What is the Ringo Starr drum setup? 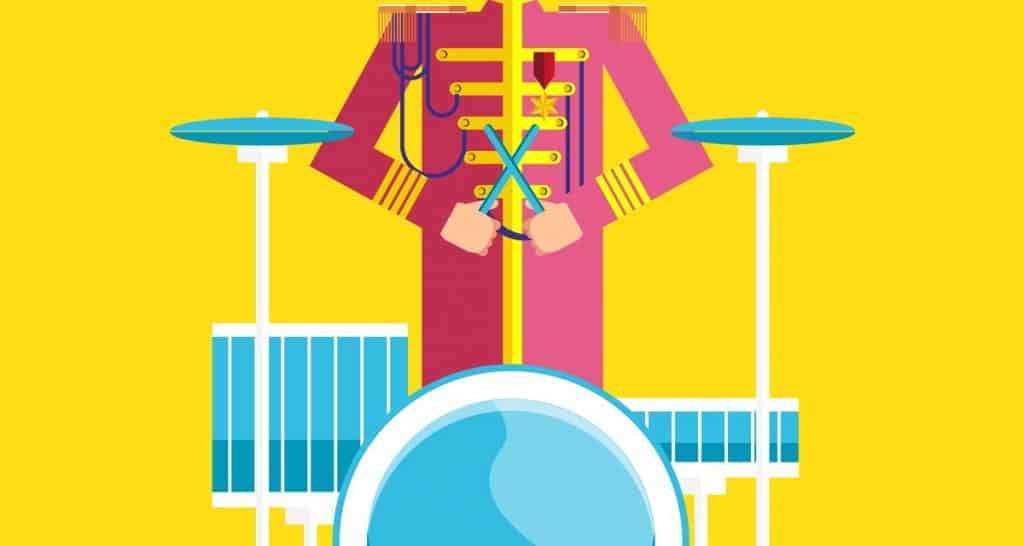 So what was that magical configuration that would become an icon for an era? Let’s take a look at Ringo Starr’s drum setup. 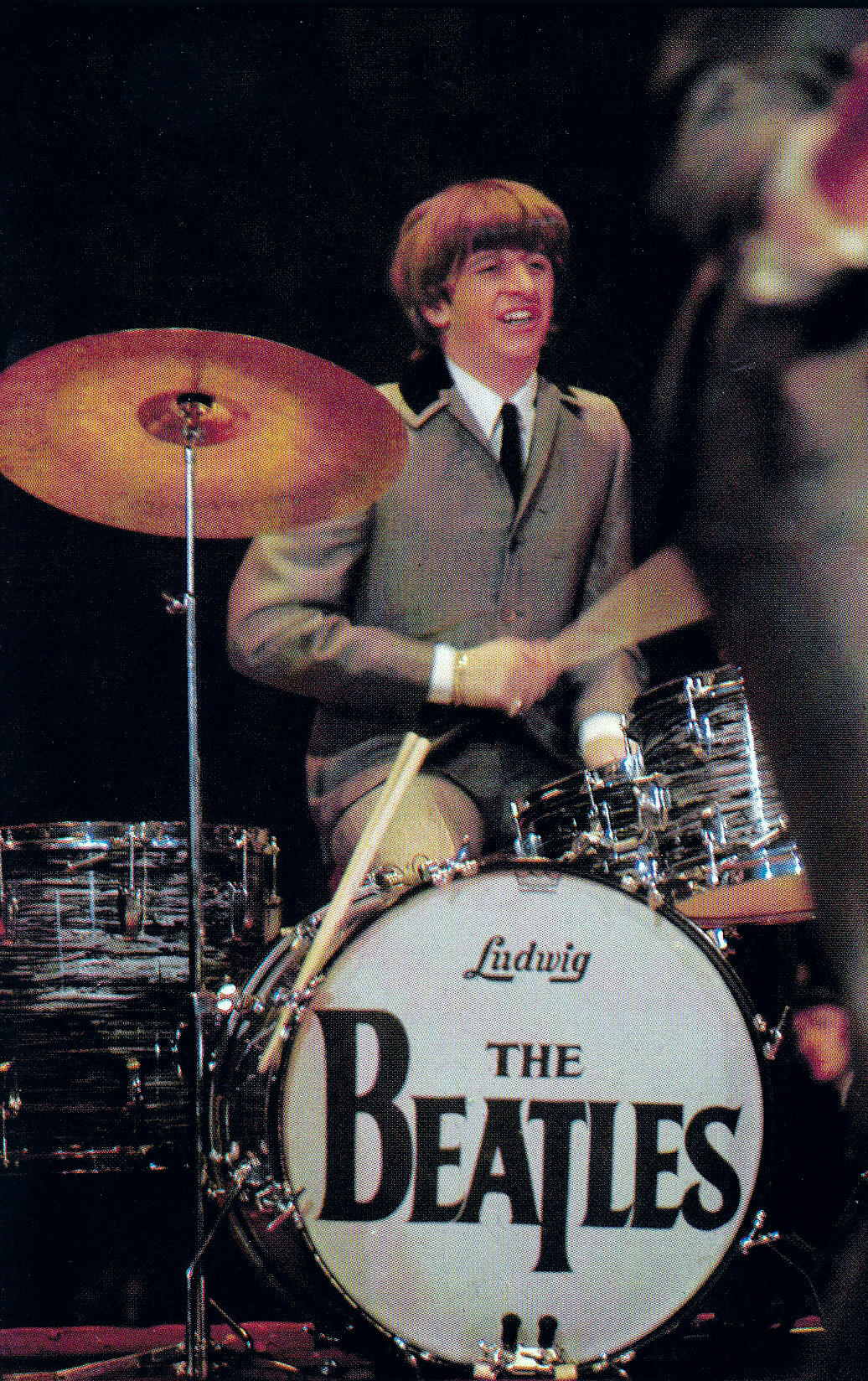 What was Ringo Starr’s drum setup in the 1960s?

Above we see Ringo sitting at his Ludwig Black Oyster drum kit in 1963, when he first got it. He bought the kit in a shop in London, which was the newest shop to be distributing the American brand Ludwig.

Later he would add an extra tom, so in recordings such as Come Together we can here the extra low thump being utilized. This is technically a 5 piece set up, but he never played it live, it wouldn't be what is visually attributed Ringo.

The complements to this kit would generally be a hi-hat (the two cymbals stacked on top of each other), the ride cymbal (a larger cymbal to the right of the drummer that he hits with his right hand) and the crash (a smaller cymbal to the left of the drummer). Today, this is a pretty standard set up. However this was not necessarily the standard for the era.

Throughout the 20s, 30s and 40s the drum set was still being defined, it wasn’t clear that this drum setup would be the standard for all time.

Let’s roll back the clock and see what could have happened if Ringo hadn’t made the four piece kit the gold standard for rock: 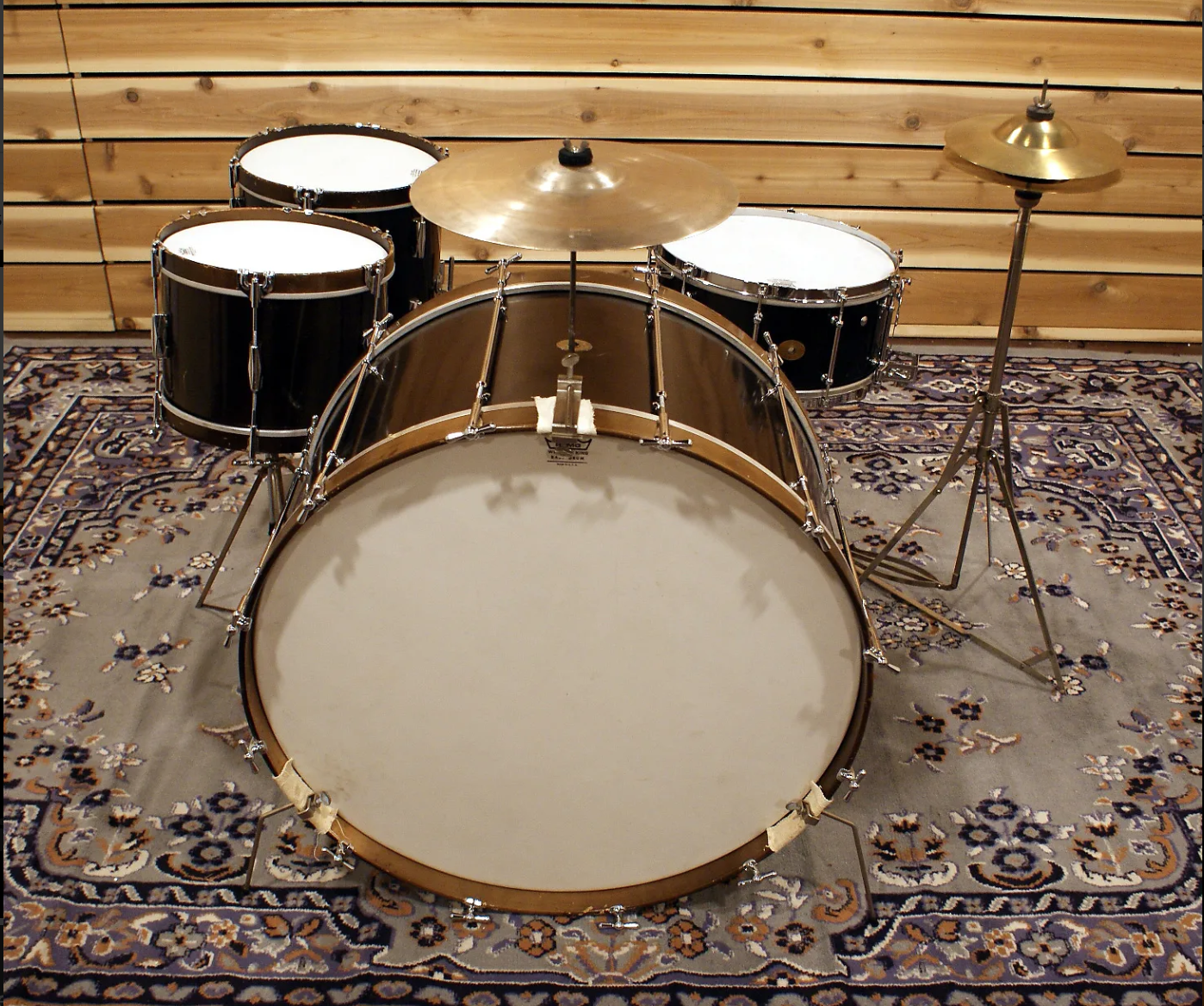 Ok—so only 40 years earlier we’ve got a drum set from the same brand (known as ludwig and ludwig in this era before the two brothers decided to split and make their own respective companies), and it looks... strange. We’ve got a four piece setup, kind of. The two toms are positioned on the side of a kit like a modern metal drummer would put his 16’’ and 18’’ floor toms.

And, hold up, we’ve got a tiny ride cymbal in the middle of a gigantic bass drum and miniature hi-hats next to us. Obviously this looks like the mutant cousin of our classic Ringo Ludwig setup.

However we have to understand that not only were drums going through a period of growing pains, so was music in general. Swing and ragtime music were the hip upcoming styles of music and rock and roll was not even in the cards for the next 30 years.

Let's wind the clock back even further and look at another kit from even earlier in the the 1920s: 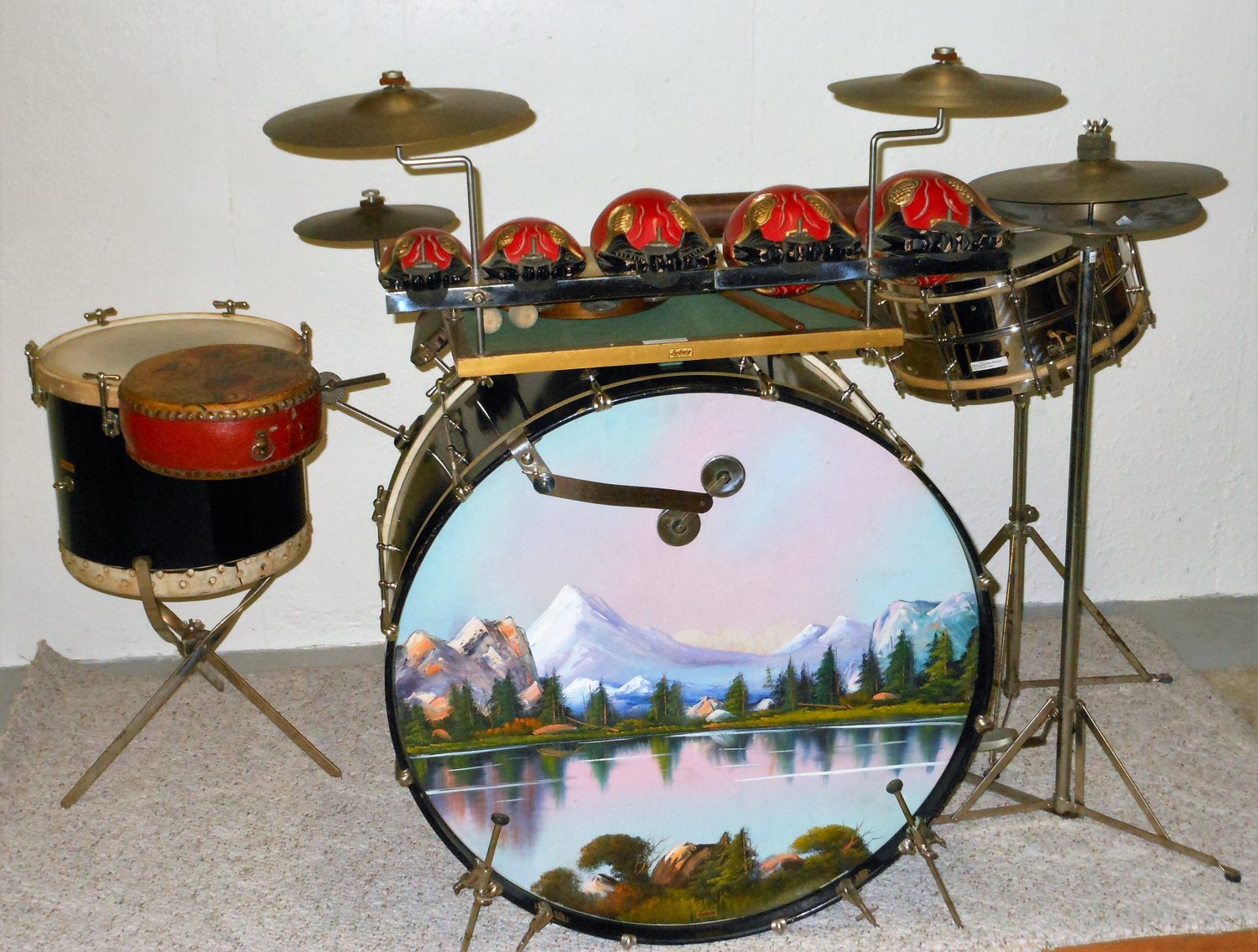 Now here we’ve got some strange objects attached to the bass drum...a decorate coated tom, cymbals spinning off in whichever way they desire, and a line of wooden blocks called "turtle shells". The hi-hats we see here actually must have been recent technology, because before this hi-hats were not played with a stick, they were called "low boys" and were much closer to the ground and only meant to be played with the foot. As we see, during the 1920s, drum manufacturers began to wise up.

Check out this clip of Louis Armstrong to see how drums like these were played.

Let’s fast forward thirty years to the generation in which Ringo was still putting in his 10,000 hours. Drum manufacturers were constantly trying to innovate and keep up with the style of the music that was hip at the time.

In the 1950s, the drum setup of the four piece kit was still not quite in its optimal form. Rock and roll was emerging but it was still unknown if this would just be a fad or if it was here to stay.

Let’s check out a company called Premier. Premier was a British company and was actually the first kit that Ringo used before him and his managers invested in the Ludwig. Here’s a picture of him in the early days with one of their kits. 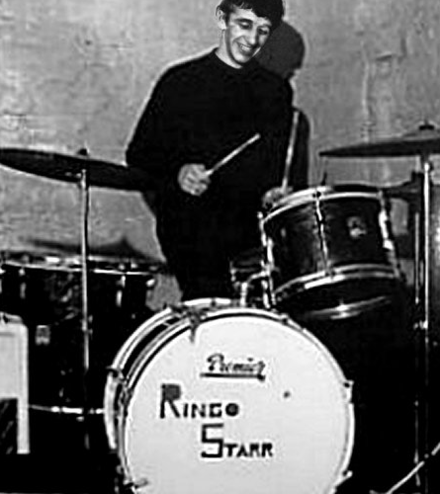 Okay, so before Premier got their act together and started producing normal kits, they were into experimenting (like many companies of the time). 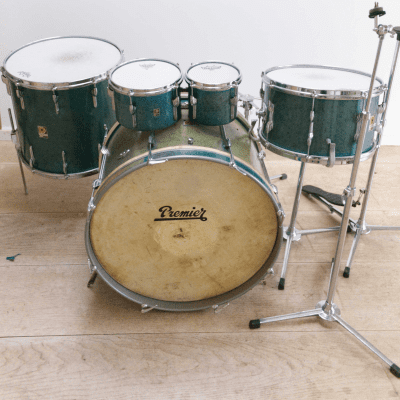 We’ve got a bass drum, rack tom, floor tom and everything looks normal...except, what? What are these two BONGO DRUMS doing on top of the bass drum?

Drum companies were still known to experiment with various drum setups in hopes that something would stick. This bongo experiment didn’t stick, even with Ringo’s affinity for Premier. Ringo would never be into reaching for some bongos while sitting at the kit...

Or wait… would he?

So despite various manufacturers attempts to dictate the course of the history of the drum set, the four piece drum set became the staple of modern drumming. Of course new drum setups are always in the works and people are constantly innovating on this front. However it is unlikely that this four piece drum set up will become as outdated as the 1920s drum sets.

There are variations of this set up, we may add another tom (as Ringo did in his 1967 setup), we could add some more crash or splash or china cymbal. Adding blocks, bells, metal, shakers, tambourines and all the rest is icing on the cake that definitely can make a drum set unique. But arguably the four piece drum set is the basis from which all these variations have arisen.

This is because through trial and error, drummers have crafted a drum setup that can accomplish so many styles. This is why the four piece is not only Ringo Starr’s drum setup, it is the setup of countless jazz, hip hop, metal, indie and even electronic drummers.

This drum set up is ergonomically simple, yet a wide range of sounds can be extracted from it. This means that not only is the drum set up important, but the playing style of Ringo Starr gave the modern drummer practically all the sounds they needed to make pop-mega hits that would survive the centuries.

It is yet to be seen how the drums will evolve in the future, and probably a lot of it will be electronically influenced. But the technique that is achieved by the four piece drum approach is just too ingrained in popular music to ever go away.