When Did Drums Become Popular 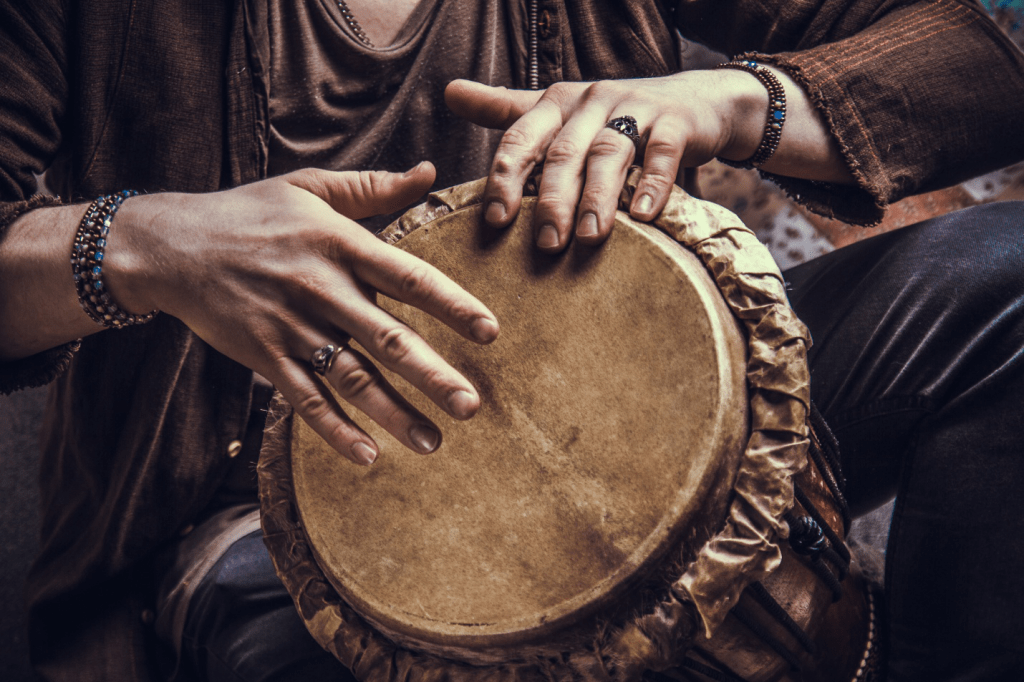 Drums have the most vital importance in an instrument set, but do you know how they became popular? That is exactly what we will be discussing in this article.

But before we get into that, let’s first look at the reasons which make drums so popular.

Drumming as a form of art

Drumming is regarded as one of the most beautiful and finest forms of art. This is because it requires not just the skill but also the technique that a musician needs to master.

The more the beats are refined, the better rhythm they produce. Good drummers are able to tune themselves to the given notes and apply personalized techniques to the beats. Each drummer applies these techniques in their specific genre of expertise, such as in the jazz, metal and fusion etc.

It is the drummer’s specialty to set the rhythm that makes them the most vital component of a band. Drum players exhibit their talent at not just concerts, but also at parades and even in certain therapy sessions.

Some researchers also suggest that drums can help heal certain medical conditions due to the thumping affect of its sound.

The emergence of drums

There’s just so much variety when it comes to the form and shape of drums. They are available in dozens of types which are specific to different cultures and traditions.

But if we speak strictly about the emergence of the instrument, that goes back to as far as 6000 BC! This was the time when drums were used in rituals and other occasions. The drums of that time were made out of alligator skin.

There is little evidence of when the drumsticks were used for the first time. However, research suggests it was first used either in the 1300s or the 7th century.

In the 1700s, beefwood drums were increasingly used for military purposes. More and more drums made their appearance as travelers explored the unseen areas of Africa and Cuba.

In 1958, a man known by the name of Joe Calato invented the first drumstick with a nylon tip. The idea proved to be a success in the years to come.

It was in 1909 that the first modern drum set made its debut. In 1930, the first proper arrangement of drums took place.

In other words, the first drum kit comprised a set of a bass drum, raised-toms, floor toms and a snare. Ben Duncan was the first band drummer who used this kit. 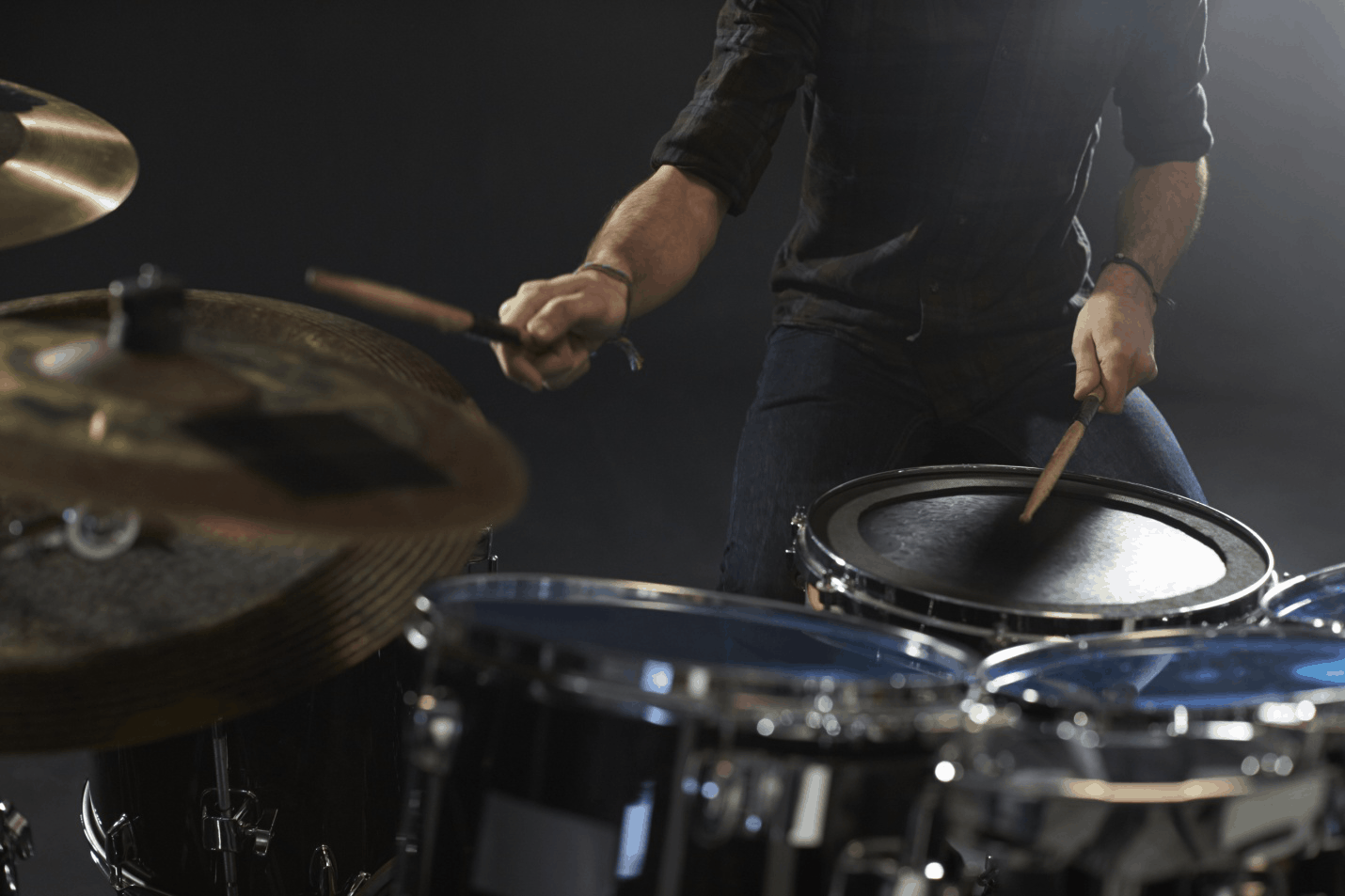 It was in the 1960s that drums started to gain popularity, particularly in the US. The advanced set expanded to include more bass drums and cymbals. The first electronic drum sets appeared in the early 1970s. Some sources say that it was Graeme Edge, a member of the Moody Blues band who invented the first electric guitar.

In 1982, a Swedish group introduced “blast beat” drumming that later became popular. The electric drums became popular with time. In 1997, major brands such as Yamaha took the initiative of developing the product.

Today these electric drums are among the most popular drum types, and are widely used by beginners for practice.

It was in the 1900s that drums became an integral part of musical bands. While basic drums remained the standard, electronic drums continued to develop into more advanced forms.

Let’s now look at the popularity of some of the drums as per their types.

Jazz drumming is believed to be the most technically demanding form of all the drum forms. These drum sets consist of Chinese tom-toms cymbals, cowbells, and other add-ons.

Jazz drumming is said to have evolved particularly in the mid-1990s when they were used in the military.

Metal drumming heavily relies on a drummer’s abilities of coordination and time-keeping.

One of the most popular drums in Africa is djembe, a large single-headed drum which resembles the shape of a goblet. There are dozens of other drum types in Africa as well and each has a different function which depends on their shape.

Other forms of drums, such as hand drums are used mostly in religious congregations. Then there are “medical drums” which are used in therapy sessions for their thumping and resonating effect. 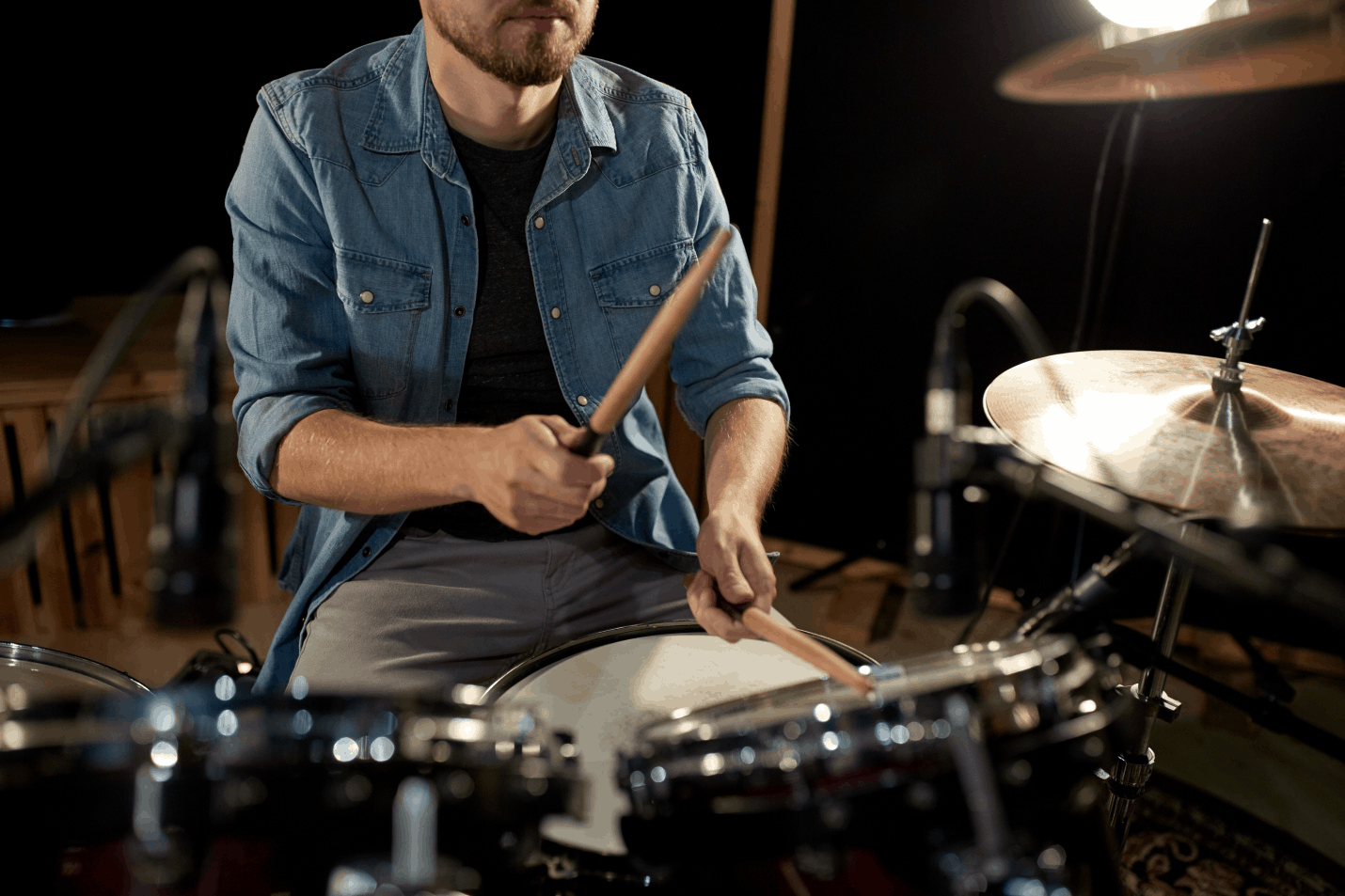 Let’s now look at some of the very first drummers in history who made these drums popular.

French jazz drummer Christian Vander emerged as one of the most famous musicians of late 1960s. Vander formed his own band Magma and soon established himself as a skilled drummer.

Irish musician Larry Mullen Jr. was once on the brink of being expelled from the band U2. However, he turned things around eventually and became one of the most influential rock drummers of his time.

American drummer Bill Stevenson founded the band Descendents when he was only 14 years old.

Stevenson’s drumming with heavy metals laid the foundation for many future bands to follow. These include Green Day and Blink-182 who gained fame due to their energetic drumming.

Drumming has always inspired musicians to create rhythm in their work and deliver the right tunes. This is the reason that drums are such a vital components of an instrument set.

Without the right beat, no band can even think of producing quality work. So if you’re missing the element of rhythm in your music, now is the time to hire a skilled drummer!