Which Guitar Scales Should I Learn First? 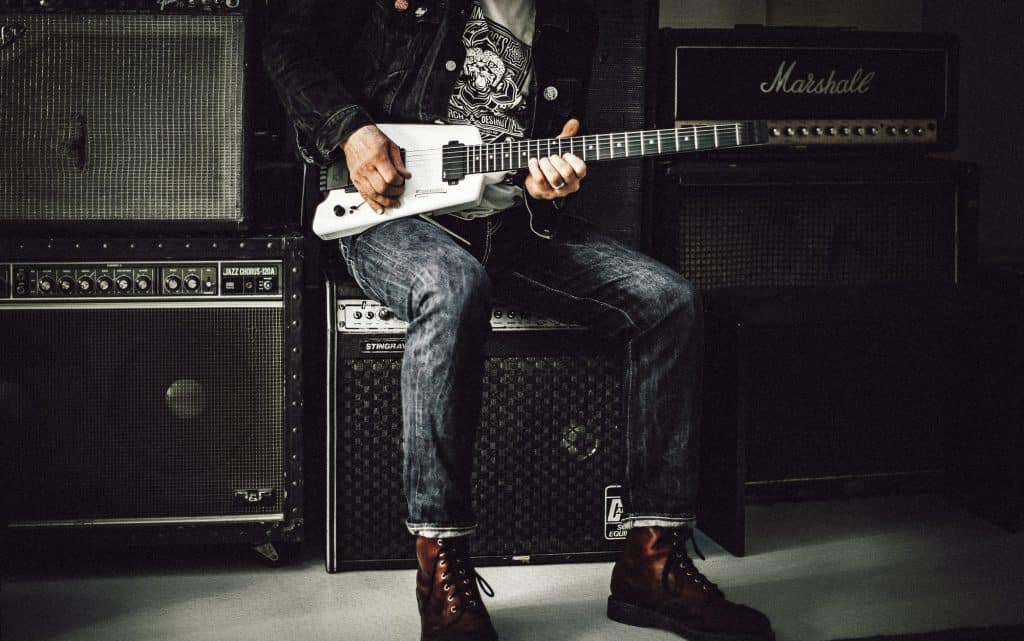 When I began learning the guitar, no one truly explained to me why scales are important.

I didn't see the utility in them at all, and I was convinced that they were some sort of torture device used by music school teachers to make kids run away from the music hallway.

I also didn't know which ones were best to practice nor and how should I practice! Should I just run up and down the scales, that's it? Am I a better guitarist now?.

In this lesson I want to discuss the fundamentals of scales, how they are used, and how we can practice them so that they are useful.

What is a scale?

A scale is a group of notes that work together to sound good in relation to a harmony (a harmony could be a chord, for instance).

Why should I use scales?

Ultimately, scales will help you improvise and create music easier. They also help you to learn what other guitarists are playing much easier because once you've learned the patterns, you start to see them everywhere.

Scales are just useful for developing technique and getting faster at playing the guitar. It forces you to train your finger muscles in a way that will be useful for later on.

So what are the best scales to start with?

I always recommend people start with the Major Scale.

The reason is that there is so much that can be learned with just this one scale. You can simply take notes out of it or start the scale in a different place and you've created other familiar and useful scales.

Now take out a couple of those notes.

So we will only play the following: C D E G A.

Skipping these notes allows us to play a condensed version of the scale called a pentatonic scale.

The pentatonic scale is one of the most frequently used scales in rock and pop music. So if you play a C major chord or an A minor chord, this scale will fit perfectly over it.

Now let's take those same notes on the frets: C D E F G A B

But this time let's start on the sixth note: A B C D E F G

This is a minor scale. Now if we want to make the pentatonic minor we simply take out a few notes:

NOTICE these are the SAME EXACT NOTES from major pentatonic scale except rearranged.

How does this help?

It seems like we've just learned lot of information. But the reality is we've just been manipulating one scale!

I really recommend learning the major scale very thoroughly, because then all of these changes I'm recommending will seem not complicated at all.

Some individuals say that position is where you are on the neck some others say position to show various ways of playing the same scale.

The unfortunately truth is, there are a lot of ways to play the same thing on the guitar. So we need to learn our instrument to figure out where these notes lie.

This means that you can probably play the same scale 3 or 4 different ways on the guitar.

I would learn one position first. Then I would experiment but trying to learn another way to play the same scale AND NOT LOOKING AT ANY CHORD CHARTS.

Use your ears and try to mimic the same notes on guitar.

How to practice the scales

When practicing scales on guitar, as soon as you have learned to play a scale position more or less, hook up a metronome and practice them ascending and descending.

Start slow and play on the click or play two notes every click and work your way up and down these scales in a straightforward fashion.

This will help you familiarize yourself with the scale as well as a short rhythmic improvisation.

It is then beneficial to begin to practice your scales in different ways. One way is to practice playing every third note.

This is a little more advanced concept but I promise you, nothing will help you start to jump around these scales like practicing jumping through them in different intervals.

Let's start with a blues. We can use our A minor pentatonic scale that we learned and just play that scale over all of this music:

Although there are chord changes, all of the music should fit into the notes we are playing with that scale.

Check out our other articles if you feel inspired: