Who Invented The Drums? 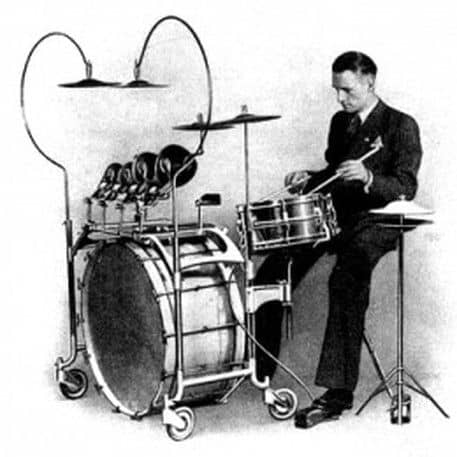 Drums have been around for millennia, with traditional drums and drumming styles emerging in cultures all over the world.

Records of drumming go way back to 5500 BC  where drums have been found in China. Drums were primarily used in religious and celebratory ceremonies (as they are today as well!)

In ancient times drums were primarily played with the hands, there isn't much evidence to indicate that they used a drum stick.

The first evidence we have of cultures using a drum stick comes from the 1300s. The sticks were used to hit drums that the people called 'tabors', which were a type of snare drum.

Later, in the 1700s and 1800s drums become very popular for military marches and this is where the modern style of drumming begins.

People played these drums with two sticks (instead of one stick and their hand) and many of the modern techniques for playing drums (rudiments and other exercises that drummers practice today) were documented and standardized.

Deep drums were common way back to when drums were being played in ancient times.

However, the bass drum that we know was traditionally hit with sticks, it was brought to Europe in the 1400s and standardized in many folkloric traditions of Europe.

By the 1840s, people would begin to experiment with foot pedals as a way to enable them to play more than one instrument.

However, these devices were not to be mass-produced for another 75 years.

In 1870s, there had been a new invention for playing the bass drum an "overhang pedal". 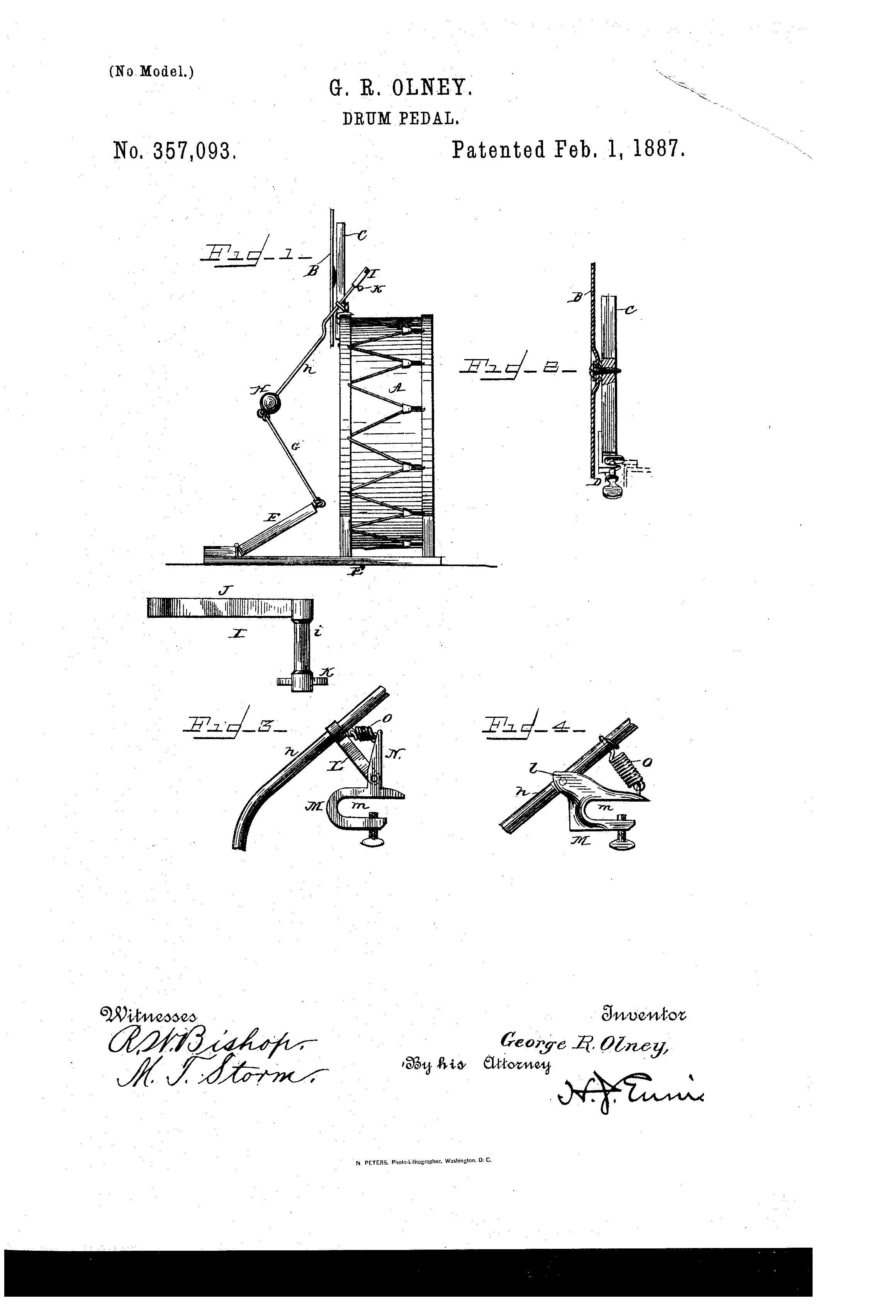 Businesses began to patent their pedal systems and it was then that a new generation of drummers could see the potential of playing the bass drum and having free hands.

Thus, this development saw the bass drum played and there would be a new term for the bass drum—the kick drum.

Later in the 1930s, the two brothers of Ludwig & Ludwig Co. would split, and if you have ever heard of the drum company Ludwig—you can thank them for the commercialization of the first bass drum pedals.

Though drums like the Tabor were popular in the renaissance period in Europe, the modern snare drum came to be in the early 1900s in World War I.

The major invention was the use of coiled wire (metal) was added to the snares which gave the snare the rattle and snap that we know today. In addition, a throw off switch was added which could change the sound of a snare drum to one of a tom-tom.

Drummers could still play the simple snare figures and grooves with brushes that they would usually play with drumsticks.

By World War I, drum kits were frequently marching band-style military bass drums with numerous percussion items suspended on and around them.

Before the hi-hat had the fame it has today, the cymbals were played by hand by a percussionist.

Ludwig observed that Baby Dodd's, an early pioneer of New Orleans jazz drumming, tapped his left foot all the time.

Many drummers played these low-boys for a bit, but Dodds asked Ludwig to raise the low hats up to make them easier to play, hence creating the modern hi-hat cymbal. 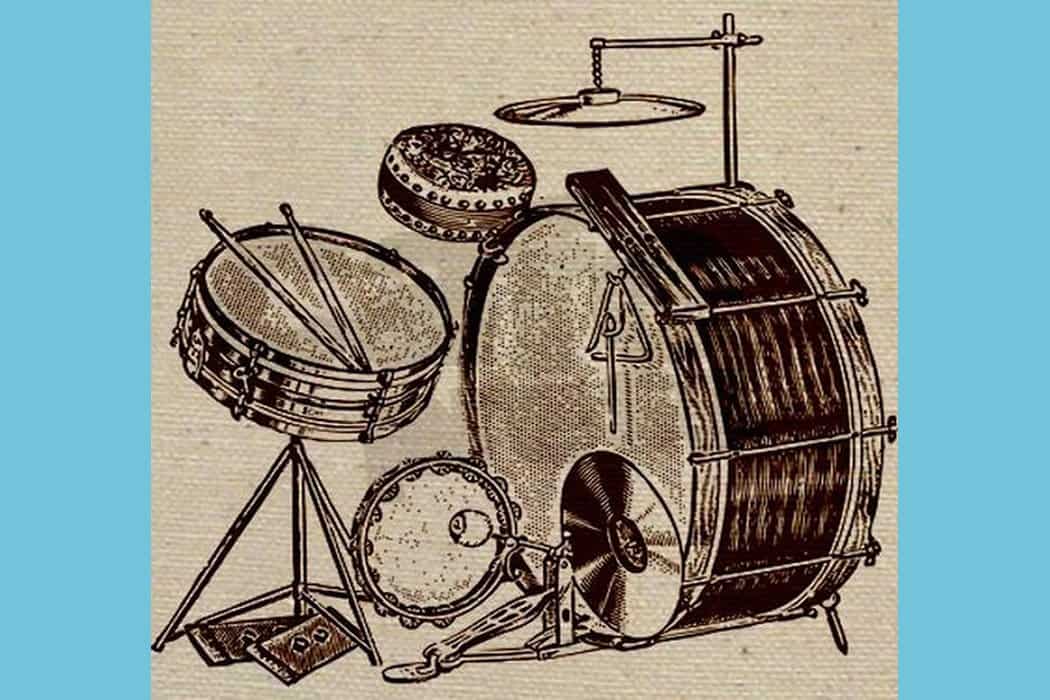 As individualism took hold of America and the world, drums sets ended up being much more popular.

In the 1930s people started taking drums from traditional settings and combining them to play them together.

They developed stands that would support Chinese tom-toms, snare drums, and cymbals. On top of these gadgets was a tray that would hold klaxons (horns), cowbells, and whistles. These kits were eventually dubbed as 'trap sets' due to them holding a number of percussive items.

This is because, before the modern drum set, various percussionists would play these instruments separately in military and orchestral music settings.

This is to say that if a piece of music needed a bass drum, triangle, and cymbals, three percussionists would be employed to play these 3 instruments.

A drum kit—which can also be called a drum set, trap set or just drums, is just that—a collection of drums, percussion instruments (i.e. cymbals) which were used in orchestral settings, but set up to be played by a single person.

The popularization of the drum kit

After the pieces were set in place, many drummers would come to make this kit what it is today.

The great jazz drummers of the 30s and 40s helped solidify the set and make it a standardized item. Gene Krupa and Buddy Rich were absolutely fundamental in standardizing the drum kit. The 50s saw more support with drummers like Papa Jo Jones and Sidney 'Big Sid' Catlett

Although the drum kit was pretty much in its form, it was still not quite as popularized as an instrument of desire that it would become after it would be on a special day in 1964.

On Feburary 9, 1964, The Beatles played on the Ed Sullivan show which was the most widely viewed performance in the history of television at the time. They say that crime even dropped significantly during that hour.

It is no doubt that Ringo Starr is one of the forerunners in popularizing the modern day drum kit. And many famous drummers today of jazz and rock site their influence from that performance.