Why I Adore Michael Tippett's Music 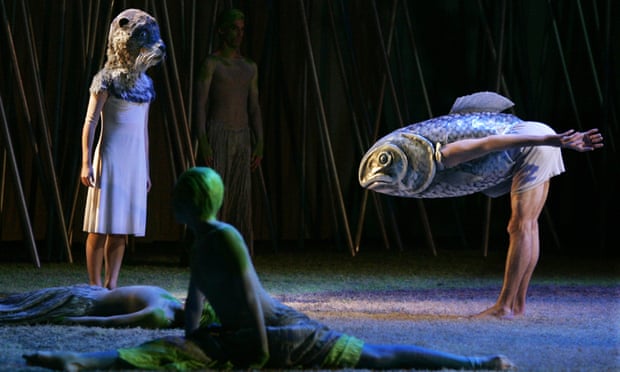 If you're going to conduct Michael Tippett's music, you have to like it. His music is irritating to play because it is impractically constructed, sometimes on the border of feasibility, and difficult for musicians to comprehend.

Tippett was completely disoriented on the podium at the first performance of his Second Symphony, and subsequently, under the composer's guidance, during a recording session of the same work, he was completely lost, swishing pages back and forth and laughing.

I have a small fascination for composers whose limited bandwidth of five tidy lines on paper feels woefully insufficient - Berlioz, Janáek, and Lutosawski (try his third and fourth symphonies), as well as Tippett, all fall into this category. Their imagination and lack of limits may make preparations seem like they're cutting their careers short, but their performances are spectacular.

You can't see how their music could ever be reduced to paper when you listen to it. Tippett's sound universe has something of its soul here.

He created music that is ethereal, brilliant, and primordial, striking the listener's heart directly from his inspiration.

Tippett was imprisoned for three months as a conscientious objector in 1943. He refused to accept a tribunal's ruling that he perform supporting civilian employment after registering his opposition to the war.

Despite some government backing and widespread support from the musical elite (including Ralph Vaughan Williams and Benjamin Britten's partner, Peter Pears), he was sentenced to death. Tippett's spirit is reflected in the fact that two outstanding works, The Midsummer Marriage and A Child of Our Time, were created during this terrifying period.

Both are hopeful and reconciliatory remarks. With A Child of Our Time, Tippett became well-known (as well as criticism from major music figures, who found the piece formless and musical language incoherent).

The piece's mix of rage and uncertainty is offset with calming spirituals intended to mend a shattered community. It is still Tippett's most well-known work, and it has the same impact now as it had in the 1940s.

Tippett began working on The Midsummer Marriage in 1940 and it was first staged in 1955. It's a happier, more upbeat piece that praises individualism, various ideas, and, ultimately, a feeling of community and societal renewal.

For great English-language operas, the postwar years were feverishly fertile. There was obviously a need to examine issues about society, relationships, and life itself in our own language, as well as to develop our own poetic heritage.

Igor Stravinsky created The Rake's Progress, William Walton wrote Troilus and Cressida, Benjamin Britten wrote The Rape of Lucretius, Albert Herring, Gloriana, and the famous Peter Grimes between the conclusion of the war and 1955.

Tippett attempted to work out a path through the piece with a number of literary luminaries (including TS Eliot), but ended up composing it himself.

The reviewers, including the all-powerful Ernest Newman, were given a copy of the text ahead of time in an age before subtitles; the mix of half-painted Jungian theory, classical reference, and natty 1950s colloquialisms confused them utterly. But to approach the work in this manner would be to miss the purpose of Tippett's creativity.

He wasn't concerned in a straight story; instead, he uses words to express emotion, feeling, and spirituality behind, beneath, and on top of them.

Where did Tippett obtain his feeling of timelessness, anchored in the distant past yet reflecting the present, all wrapped up in a universe that feels new today? Tippett's tenure as music director at Morley College, which began in 1940, was a test bed for the revival of British music.

The rediscovery of Purcell's music, as well as medieval and early choral music (he directed a performance of Thomas Tallis's Spem in Alium) and the first British performance of Monteverdi's Vespers, a work bursting with color and dexterity, were all important. We go back in time to learn more about ourselves today.

The Purcellian purity of the otherworldly old-guard, "the ancients," or the arching lines of Mark's declaration of love at the opening of the piece, winging Monteverdi-like words, attempting to touch the sky, are examples of this contact with the past in The Midsummer Marriage.

Tippett is represented by two pictures in my collection. The first time I met him was when I was 13 years old. He was a flamboyantly dressed gentleman with a beautiful sparkle in his eye who was also quite nice.

The second is a photograph of him with Britten at a party. The affection between the two is palpable.

Tippett had unwavering support from Britten, who pushed for commissions, assisted him in court, and underwrote the premiere of A Child of Our Time. But he was well aware that Tippett had a talent, a vision that he lacked.

Britten's music is approachable (a vague word). On the paper and in performance, it is crystal clear, and his choice of language is always perfect.

Dare I confess there are times when painting emotion rather of diving into it leaves me cold? “The music seems always to be ‘setting a play to music,' not to be the principal vehicle of the comic imagination,” said Tippett, somewhat disloyally, of Britten's word-setting.

This strikes a chord with me. Some of Britten's arrangements strike me as vampiric, relying on the lyrics for vitality rather than providing melodic depth. (As a result, I find his War Requiem and Billy Budd both unsettling.)

In that image, I envision Tippett whispering odd ideas into Britten's ear, almost seer-like, and Britten wondering to himself, "Where does he get this stuff from?"

What is it that we need to learn from opera? For me, music must convey the text's hinterland, the possibilities of meaning, and what is left unsaid or cannot be communicated via language; this is exactly what A Midsummer Marriage accomplishes, and works like this represent the greatest creative union we've ever seen.

So, leave your librettos and Jung guides at home and immerse yourself in Tippett's unique magical world – the shimmer of light in the woodwinds above the landscape at the start of Act 2, promising us the joy of a midsummer's day, Jenifer laughingly dancing with a trumpet, or the searing, cataclysmic brass crescendos punctuating Sosostris' vision in Act 3. Tippett's music has an impact on me like no other.

I nearly burst out laughing at the joyousness, which fills me with childish hope. I'd want to encourage everyone to listen to A Midsummer Marriage and convey how powerful Tippett's music can be.

“All things fall and are built again, and those who build them are gay,” says Yeats in the opera's closing words, which are chanted by everyone. What better moment to celebrate the rebirth of art and the brilliance of this twinkly-eyed master than now, as we emerge from these terrible 18 months?

Thanks to Edward Gardner at The Guardian whose reporting provided the original basis for this story.