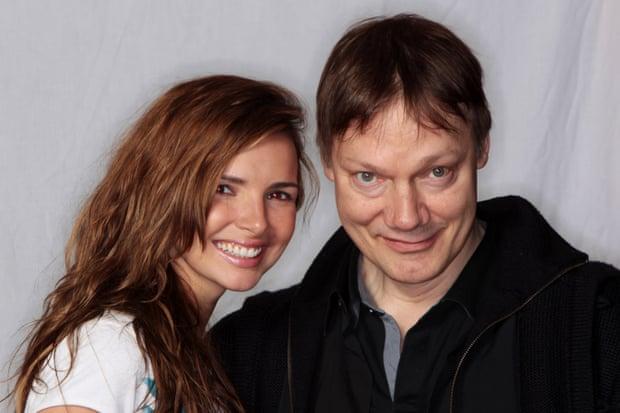 William Orbit was on the verge of becoming interstellar in the early 2000s. He was the Mark Ronson or Jack Antonoff of his day, one of the great pop builders of the Y2K period.

In 1998, he produced Madonna's Grammy-winning Ray of Light, with its captivating techno-lite; a year later, he produced Blur's 13; and in the new millennium, he created songs for Austin Powers: The Spy Who Shagged Me, Charlie's Angels: Full Throttle, The Next Best Thing, and The Beach.

Pure Shores, the lead single from the latter, was the second most successful UK song of 2000, released by the British pop group All Saints. Its breathy acoustica and bleepy-bloopy electronica can still be heard in the charts, and it was recently championed by Lorde, who stated the song was an influence for her next album Solar Power.

Orbit, 65, will sometimes be at his neighborhood Whole Foods in Kensington, west London, and Pure Shores will be playing over the speakers. "Oh yeah, this track is fine, I get it now," he'll think these days. It had taken so long to produce that he believed it was "pure shite" at the time. When you really put your heart and soul into something, it takes years before you can really enjoy listening to it. He hoots, "That or a couple of bottles of wine."

Orbit was a member of the synth-pop band Torch Song in the 1980s, and later founded Guerilla Studios, working with some of the decade's most avant-garde artists, including Gary Numan, Cabaret Voltaire, and Laibach. Bassomatic was his moniker for the next decade, while he produced house music. You couldn't move for Orbit's ambient-pop twinkliness by 2000, when chillout became more popular.

Orbit was so successful that he lived in the Leonard hotel near Hyde Park from 2002 to 2005, where he recorded Bono's vocals for U2's song Electrical Storm. "I had a lot of money, so I bought a big fat house in Connaught Square and renovated it – but I couldn't bear moving in," he recalls. "So, I just moved into the hotel that I really liked." It seemed as if I was saying, "This is life." This is the London equivalent of the Chelsea hotel in New York."

He may have been the UK's Rick Rubin crossed with Moby, a superproducer turned celebrity. That, however, did not occur. He nods wisely, his long grey hair flowing about his face. "It should have," he says.

Orbit is in another hotel room when we chat, in an upscale health resort in Austria, where he has gone to "tone up a bit." To complete his latest record, his first since 2014, he pushed his body to its limits. It's a successful end to a difficult era about which he's surprisingly open.

"Around four years ago, when I was 61, I did my rock'n'roll excess thing," he explains. "I'd been waiting for that long." I went a little too far, but I learnt my lesson. I did go a little insane. You know, if you've got a tendency to being in the clouds, as I think I have, drugs will do that to you..."

Orbit now seems to be more grounded. He's fantastically gossipy in a foppish, conspiratorial way, telling stories about working with Pink ("one of the grumpiest singers, but one of the best"), hanging out with billionaires ("they'll be like: is your dog helicopter trained?") and why he's thinking about buying a Gandalf staff ("my limbs don't work because they're shit").

He goes on and on about Madonna, with whom he collaborated on three albums — her distinct musicality, toughness, and how she is a greater arranger than him – and revealing tales emerge from nowhere. "I walked in on her on the lav once at the Hit Factory [studio in New York] and she hadn't locked it," Orbit recalls. "She's doing a No 2, and I'm like, 'Oh God, I'm so sorry,'" she says. 'William, see, I grew up in a household of six kids with one toilet, so don't worry about that,' she added.

Orbit claims that their first collaboration, on Ray of Light, "killed me." "I was having a family crisis, which I put on hold." That winter, I recall being really unwell; at the age of 43, I was physically exhausted." It took a long time to finish. Madonna, who was a new mother at the time, screamed.

It was a challenging environment, but one in which he flourished. "I thrive in that environment," he explains. "She's an incredible producer." People don't often give Madonna credit when it reads "produced by Madonna and William Orbit." But she's just as accountable as I am."

Orbit, on the other hand, became a chart-pop propagandist for Ricky Martin, Mel C, and Chris Brown after his first breakthrough (and those are just the songs that were released). "When I first got into the songwriting scene in America, I thought to myself, 'I'm not cut out for this,'" he explains.

"But they really fell off," he says of his own records. My phone calls went unanswered. It's been a long time since I've made a genuine statement of my own instead than attempting to write a song for some pop star who has ten other people on quick dial."

He became "more and more frustrated, believing that I was useless and washed up" as time went on. Madonna's previous album with him, 2012's EDM-fueled MDNA, was a financial and critical flop. "It was disappointing," Orbit recalls, adding that he believes ageism had a "significant negative impact" on the film's reception.

Britney Spears' 2013 album Britney Jean was released not long after. Despite purporting to be the contrary, the album garnered poor reviews, little to no marketing, and seemed weirdly impersonal, despite being executive-produced by will.i.am. Orbit collaborated on Alien, the album's first track, in which she compares herself to a lonely alien. Did the album seem equally restricted in light of what we now know about her conservatorship?

"That end of the pop spectrum is more controlled, if you like," Orbit explains, adding that Alien was created remotely. "Now here's the tricky part: I'm friends with both Will and Britney.

All I'll say is that there was an underlying tension. When I work with an artist, I consider them to be the goddess and the boss. I'll create my own records if I want to be the ruler. You've come to serve a genuine pop star, and if you don't have that mindset, you shouldn't be playing."

Orbit eventually began to deteriorate. He returned to England from Los Angeles four years ago and mingled with the party culture. He began painting, but mostly for the purpose of obtaining cocaine.

"I could just be a hedonist instead of worrying about my career," he adds. "I'd never done coke before, but I'd be the guy who could do the most in a short period of time." Then I went to several events and experimented with LSD, mushrooms, MDMA, cocaine, and some hormones that everyone was trying. Codeine. I had no idea what I was doing and ended up having a psychotic episode as a result."

Even that didn't seem to be enough to deter him. "Thinking about it makes me cringe. I was in a horrible place, but not a life-threatening one. Then it came to the point where I was smoking eight joints a day of pot. I got schizophrenic because it never agreed with me."

As a consequence, he claims, "I had a second breakdown" in March of last year. He was laying on the street, certain he was a covert operator charged with rescuing the royals. He was put into a compartment. "Fortunately, once the drugs were out of my system, I was able to return to being normal – and out I was," he adds, laughing.

The first UK lockdown was declared almost as soon as he was freed from the mental facility. "I was deeply disappointed in myself at the same time as there was fucking Covid," he continues. Orbit's new management introduced him to Maeve, a promising alt-pop vocalist, and Orbit used internet tutorials to teach himself how to use Pro Tools on his laptop to make some tunes.

He hadn't produced any music in a long time, and "slowly but steadily, I began to enjoy it." Now, he's nearly finished with a new Orbit album, which he calls "the best thing I've done in 20 years!" "You've caught me at a critical juncture. At any age, you might reach a turning point, and this is mine."

But first, there's an EP for the electronic label Anjunadeep, which will be released next month. It sounds like the follow-up to Pieces in a Modern Style: symphonic trance crescendos, chillout meanderings, and a massive ambient-rave track. On vocals, Lido Pimienta, a Canadian-Colombian performer, hints at the route his whole record may go next year (guest singers aplenty).

He isn't concerned about being an elderly guy in a world of young guns; he is energized by the fact that his sound is resurfacing. He claims that "ambient music has gone mainstream." "I'm doing a Wind Down mix for Radio 1 because they've gotten into chill." 'Music for relaxing dogs on Bonfire Night,' commented someone who gave me a link to one of my tunes [in a video] on Instagram.

He's truly ecstatic, brimming with zeal. "I realized I needed to mature a little," he adds. "I've just completed my adolescent. It's nice to be 65 — it's a lot easier than being 40, since you're an old man with no agenda. The pop music game is a young one. However, I believe there is place for one Bill Nighy. It's not like there's a lot of competition."

He may not have a plan, but he does have ambitions for his music. "I really want this – and reinventing yourself is difficult," Orbit explains. "You don't realize it at the time, but everything is handed to you when you're young." I like a good challenge. I'm yearning for others to hear this music. "Nothing will be able to stop me now."